For the Memphis Tigers, It's Time for Tip-Off!

The “secret scrimmages” and exhibition games are over. In modern vernacular, the Memphis Tigers tip off the 2013-14 basketball season this Thursday night, for real.

A few thoughts as we enter year five of the Josh Pastner Era:

• The Tigers’ four senior guards — Joe Jackson, Chris Crawford, Geron Johnson, and Michael Dixon — will form a rotation-within-the-rotation unlike any other in college basketball. Each has enjoyed a 30-win season, and each faces a final year that will brand their careers as college athletes. How these four similar-but-different playmakers establish their roles — within the larger rotation and among themselves — will largely determine the ceiling for this year’s team. It’s hard to envision a moment this season — in a competitive game — when the Tigers do not have a senior guard on the floor. 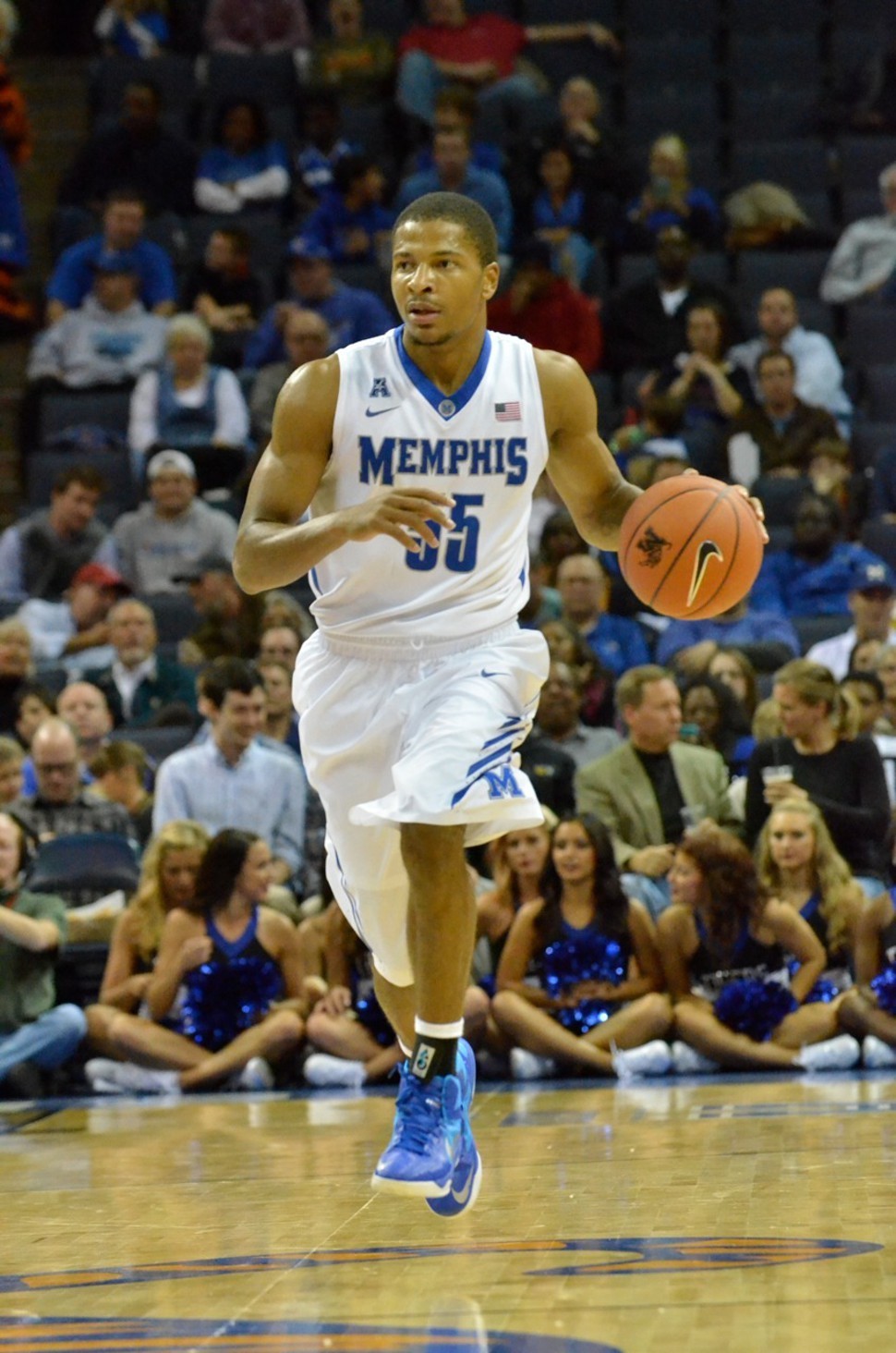 In the exhibition win over CBU last Friday, Jackson and Dixon started, with Crawford (Conference USA’s 2013 Sixth Man of the Year) and Johnson coming off the bench. They each played between 15 minutes (Crawford) and 20 (Dixon), figures sure to leap when the likes of Oklahoma State or Florida are the opponent. Crawford took only three shots (missing all three) and Jackson was only two for six from the floor. But Dixon hit an early three-pointer and led the team with 18 points (hitting seven of ten shots from the field). And Johnson — again the best athlete the Tigers will suit up — hit four of eight (including a trey) and dished out four assists. It’s a potentially lethal “fab four” at Josh Pastner’s disposal. Collectively, they’ll be the faces we remember years from now in reflecting on the 2013-14 season.

• If I were to rank the first impression I had of the four freshmen vying for rotation slots, it would go something like this:

1) Austin Nichols — Dexterity, grace, and length. Midway through the first half, Nichols received a pass just outside the key, maybe seven feet from the rim. Without taking a dribble, the 6’8” forward used one stride to get to the rim and lay the ball in off the glass. It was a simple, elegant basketball play by a big man . . . in his very first college game. Memphis has grown accustomed to brute force in the low post, from Chris Massie to Joey Dorsey to Will Coleman (and some degree, Tarik Black). Nichols brings an offensive repertoire that diversifies the Tiger attack.

2) Nick King — Having watched ESPN’s new documentary Bernie and Ernie last week, I had another King — Hall of Famer Bernard — on my mind as the pride of East High School managed a double-double (12 points and 10 rebounds) in 22 minutes against CBU. King hit five of seven field-goal attempts (including a pair after offensive rebounds) and picked up three steals, playing the kind of active role Tiger fans remember from Will Barton two years ago. (Or Tennessee fans of a certain generation might remember from a certain Bernie.) King will have to guard forwards much of this season and, especially once conference play begins, will be challenged to find some of the shots that seemed to come easily last Friday night. But his minutes will add up, and Tiger fans are going to like him.

3) Dominic Woodson — The Tigers lost three of their top four rebounders from last season (Black, Adonis Thomas, and D.J. Stephens). Senior forward David Pellom will be sidelined five weeks after having knee surgery last week. So who will absorb the rebounding responsibility? The 6’10” Woodson only pulled down two boards in 18 minutes against CBU, but if he shows the touch on offense he displayed against the Buccaneers — seven of seven from the field — this giant (he’s listed at 310 pounds) will do his share of stomping on the hardwood for Pastner. You can’t help but wonder if Woodson benefited more than any other Tiger from the smaller opposition. Let’s see what kind of impact he makes on November 19th at Oklahoma State. 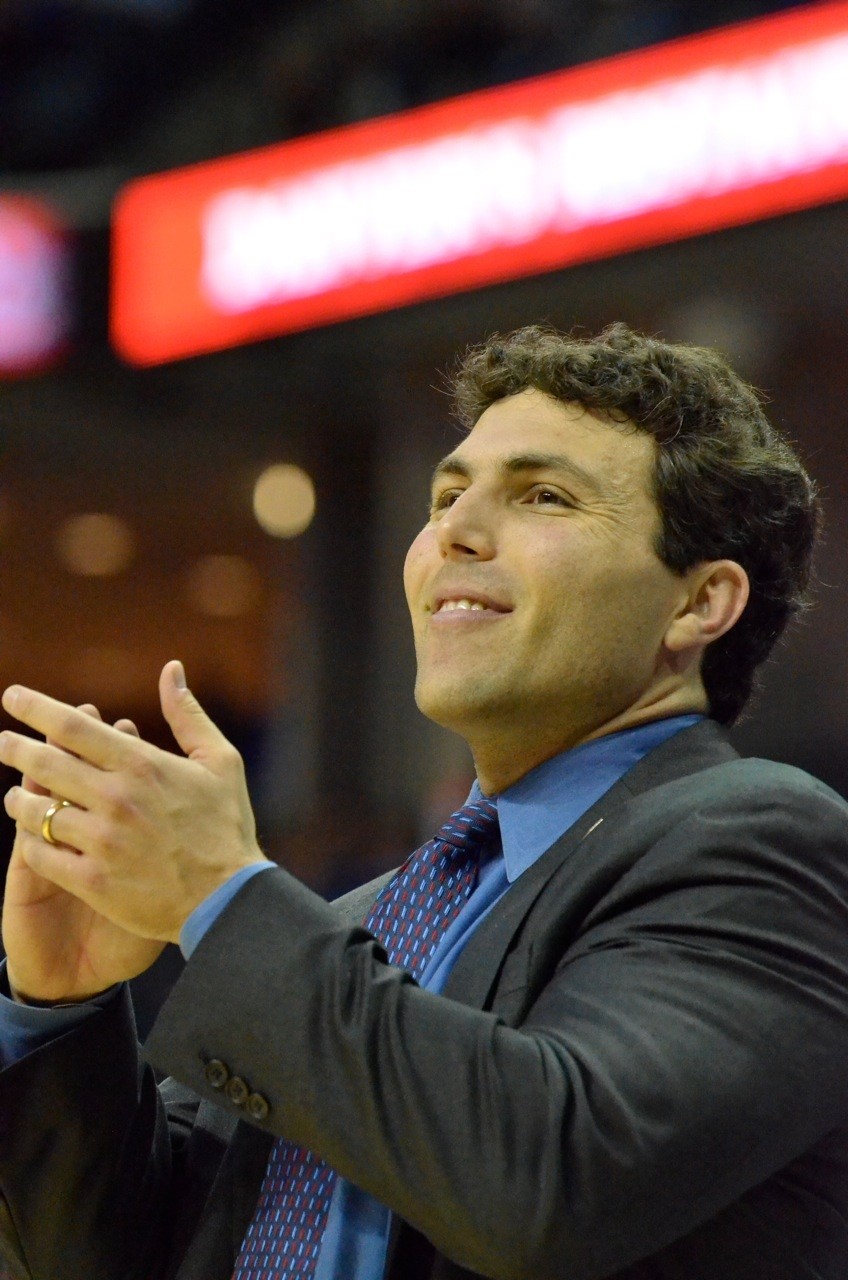 4) Kuran Iverson — Raw. An overused description for a basketball player making a transition in level, but it’s the word I had in the back of my mind all 16 minutes Iverson played last Friday night. Pastner just about split his suit with excitement when Iverson dunked an offensive rebound in the second half. At 6’10”, Iverson has the chance to fill much of that rebounding and defensive void left by Stephens. But he has an erratic offensive game (he missed seven of ten field-goal attempts) and will give weight to many of the players who guard him this season (he’s listed at 209). What a luxury, though, if a top-30 recruit is merely the fourth-best freshman on the Memphis roster.

After winning his first game at FedExForum, Dixon offered a calm, cool take on the campaign ahead. “I’m kind of like a freshman,” he said, “just getting out there and seeing all the fans, the passion this city has. We’ve got a lot to work on but, as a team, collectively, I think we played pretty good. This is our home floor, and we have to defend it.”

When asked about his role in that “fab four” backcourt, Dixon said the band is ready to play . . . for real. “We’re ready to go out there and take on somebody when it counts,” he said. “I have a serious leadership role [here]. I like to talk and communicate, have my teammates’ back. Get everybody in the right spots. We have a lot of guys with experience, and that’s going to help this team.”