I actually have 15 thoughts this week, as Senior Day approaches. Here’s hoping a healthy crowd shows up to salute these players as they suit up for the final time when Temple visits the Liberty Bowl. (Get there early, as kickoff will be at 11 a.m. Saturday.)

Holding to format, I’ll present this class of Tigers in three categories.

• I’m reluctant to ever use the expression “role player” during football season. Tell a young man getting the spit knocked out of him in mid-August training camp that he’ll be playing a “role” for his team . . . and take a step back. Football’s a brutal sport. The sacrifices we see on Saturday afternoon are a tiny slice of the toll taken over the course of the year (which includes spring camp). Defensive lineman Roderick Howard (a graduate of Kingsbury High School), offensive lineman Andrew Niblock, and wide receiver Jamere Valentine never topped the Tiger depth chart, but each devoted himself to coach Justin Fuente’s cause. Work done outside the spotlight can be hard to measure. In some respects, Senior Day is meant for players like this. 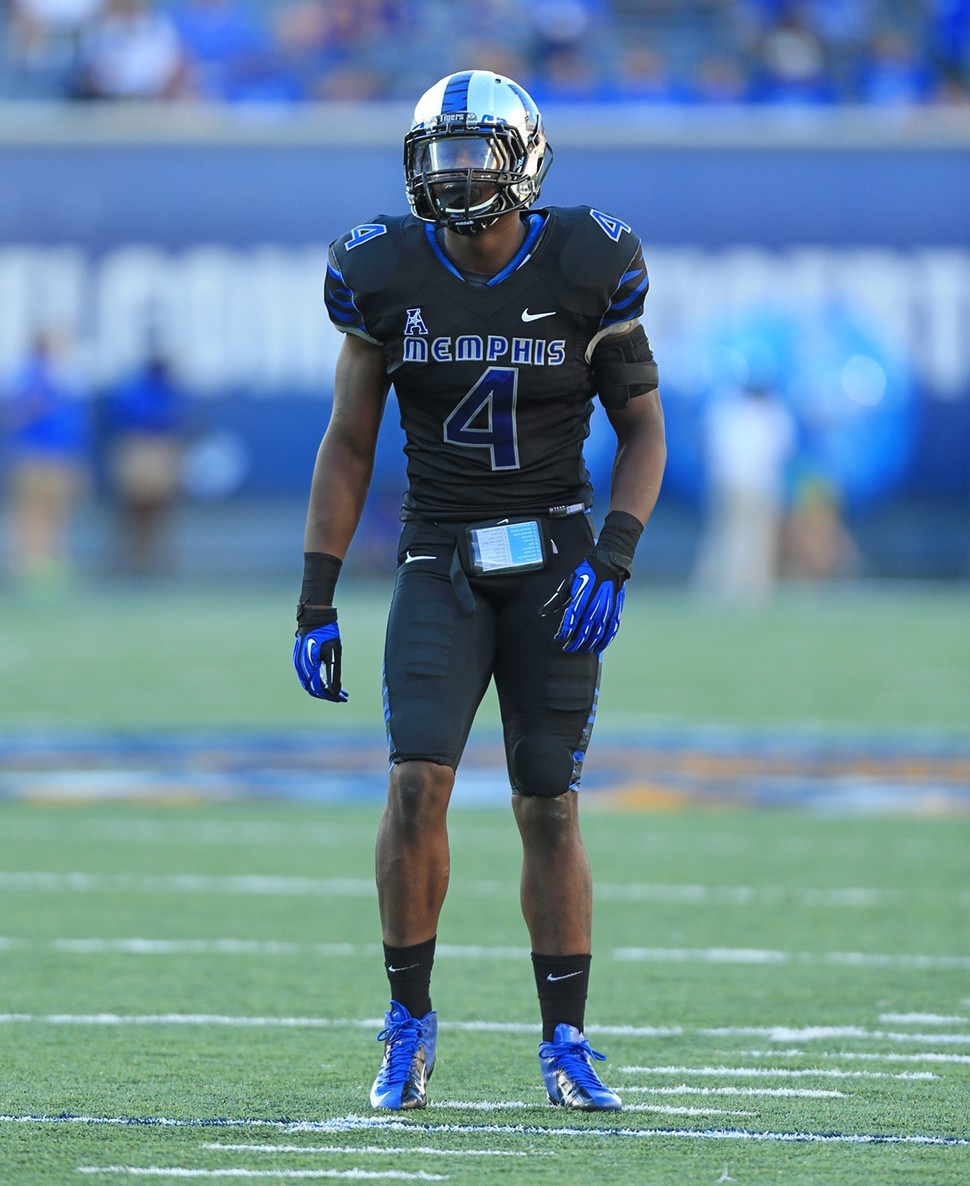 • In basketball terms, these eight players have been in the Tiger “rotation” at one point or another, some for lengthy stretches. Anthony Brown has been a regular starter at linebacker since joining the Memphis program for the 2012 season. Defensive lineman Johnnie Farms entered the season as an all-conference candidate, only to serve a lengthy suspension for a violation of team rules. (Farms had 9.5 tackles-for-loss as a junior.) Antonio Foster has started at both guard and center over his two seasons as a Tiger and was a member of the team’s leadership council. Tailback Brandon Hayes (White Station High School) leads the U of M in rushing yards (789) and could become the first Tiger to gain 1,000 on the ground since Curtis Steele in 2009. Quarterback Jacob Karam made headlines this year for playing the piano at St. Jude, but he was precisely the leader the 2012 Tigers needed. He passed for 1,895 yards and 14 touchdowns last year, tossing only three interceptions in leading the Tigers to four wins, the program’s most in four years. Tight end Jesse Milleson caught one of the biggest passes of this season, a fourth-quarter touchdown connection with Paxton Lynch at Louisville that brought the Tigers within seven points of the heavily favored Cardinals. Jai Steib saw his workload drop when Hayes took over at running back, but he gained 427 yards as a junior and scored six touchdowns.Anthony Watson has been a regular starter at strong safety for the Tigers, strengthening a defensive backfield that just a couple of years ago was the weakest component of the team.

• If you had to pick a “core four” from the 2013 senior class, it could well be this group, each of whom played four years as Tigers (two of them under former coach Larry Porter). They’ve endured the program hitting rock bottom (3-21 under Porter) and have been integral to the transition under Fuente. Free safety Lonnie Ballentine (Southwind High School) started eight games as a sophomore and has been a regular starter the last two seasons under Fuente. He received honorable-mention all-conference recognition from Conference USA after the 2012 season and has 97 solo tackles for his career. Simply put, Tom Hornsey is the greatest punter the Memphis program has seen. The Aussie deserves hazard pay for the sheer number of kicks he’s been assigned (95 in the 2011 season alone). He has surpassed 12,000 yards for his career (no other Tiger reached 10,000), dropped 95 punts inside the opponent’s 20-yard line, and has had but one of his 286 punts blocked. If there’s justice, he’ll receive the Ray Guy Award at season’s end. Linebacker Corey Jones (Mitchell High School) started four games as a freshman in 2010 and has seen action in 44 games as a Tiger. Offensive lineman Chris Schuetz has started at least seven games each of the last three seasons, playing center as a sophomore before moving to guard as a junior and back to center this season.

You build a program on the backs of your seniors. Hats off to the weight of growth these 15 Tigers carried.