A new era in Memphis Tiger football has arrived. Sixty-three points against an FCS weakling is one thing. Traveling two time zones away and putting up 35 points against the 11th-ranked team in the country is something unlike local football fans have seen in years. Not until the final play of the game did UCLA secure a win tonight at the Rose Bowl in Pasadena, California. Bruin quarterback Brett Hundley — the subject of early-season Heisman Trophy chatter — completed 33 of 44 passes for 396 yards and three touchdowns, just enough to prevent the biggest Tiger upset in almost 20 years.

UCLA scored touchdowns on four consecutive possessions in the first half to take a 28-14 lead, but the Tigers responded one series after another. An 18-yard run by Brandon Hayes with just over three minutes left in the second quarter closed the deficit to seven points (28-21). The Tiger offense accumulated 310 yards in the first half, more than it did in six entire games during the 2013 season. 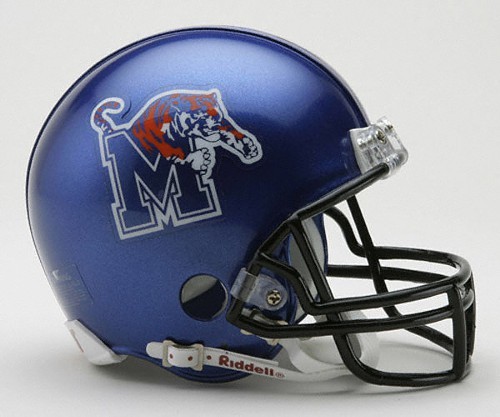 The Bruins extended their lead to 35-21 on a Myles Jack four-yard run with 4:51 to play in the third quarter. But Memphis scored two touchdowns in the first two minutes of the fourth quarter to tie the game. Sophomore tailback Doroland Dorceus ran 40 yards to the end zone, then senior safety Fritz Etienne picked off a Hundley pass and returned it 17 yards for a touchdown.

A 33-yard pass from Hundley to Thomas Duarte put UCLA back on top, 42-35, with 10:52 to play and proved to be the final scoring play of the game. The Tigers' last four possessions ended with three punts and the expiration of the game clock.

Playing without injured defensive end Martin Ifedi, the Tiger defense allowed 540 yards and an average of 6.1 yards per play. Led by sophomore quarterback Paxton Lynch (27 of 41 for 305 yards), the Tigers gained 465 yards, more than all but one game from the 2013 season. It would seem the metaphorical bar has finally been raised for the long dormant Memphis offense. Dorceus ran for 86 yards on 13 carries and no fewer than 10 Tigers caught passes for positive yardage.

The Tigers will have two weeks to review what went right (on offense) and wrong (on defense) against UCLA before hosting Middle Tennessee on September 20th at the Liberty Bowl. Having put up 98 points in its first two games, the Memphis offense will seek to further establish the redefinition of Tiger football. The Blue Raiders, it should be noted, have won five of the teams' last six meetings, including the last three.