• The University of Memphis lost a certifiable legend with the passing of John Bramlett last week. “The Bull” starred as a Tiger on both the gridiron and baseball diamond, building a reputation somehow tougher than the nickname he carried his entire adult life.

With Bramlett’s death, there are only two living members of an exclusive club of six: Tiger football players to have their jerseys retired. Gone before Bramlett were Charles Greenhill (who died in the 1983 plane crash that killed Memphis coach Rex Dockery), Dave Casinelli (killed in a car wreck in 1987), and Harry Schuh, who died in 2013, two years after his jersey was retired. The U of M program is long overdue for actually displaying the names and numbers of these honored greats at the Liberty Bowl. (There’s a handsome wall display at the practice facility on the south campus, but it’s seen only by members of the program, insiders, and wandering media types.) The city of Memphis owns the Liberty Bowl, but the U of M can display banners on game day as it chooses. The Tigers have rightfully honored six great players, including Pro Football Hall of Fame candidate Isaac Bruce and current Carolina Panther DeAngelo Williams. Let’s see their names and numbers prominently displayed at the stadium their alma mater calls home. 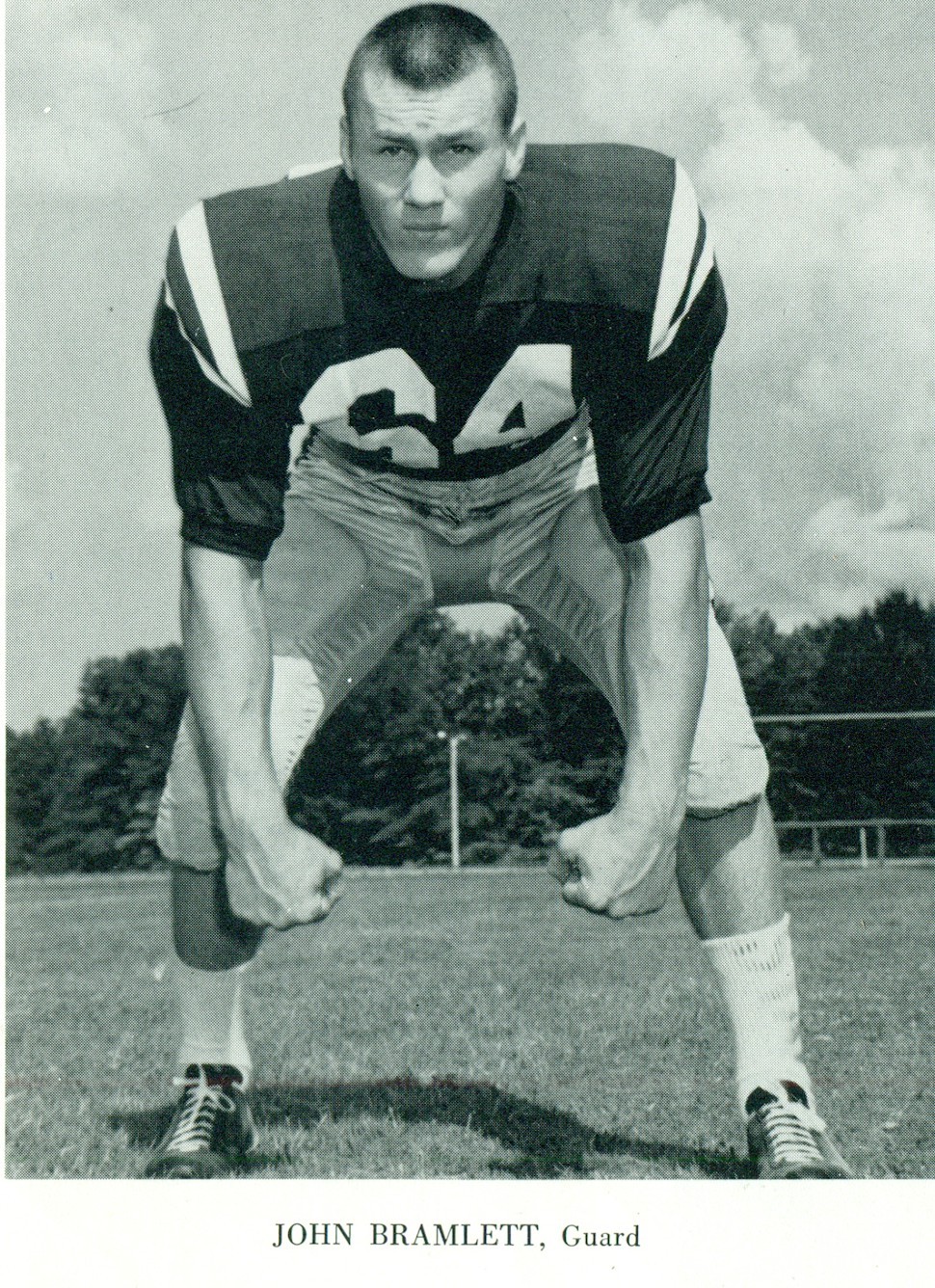 • Speaking of retired jerseys, the next Tiger to be honored should be former quarterback Danny Wimprine. The Louisiana native passed for 4,445 more yards than any other Memphis quarterback (10,215), and tossed 81 touchdown passes (second on the list is Martin Hankins with 43). We need to start tracking Paxton Lynch’s numbers relative to Wimprine’s. If Lynch stays healthy and plays four seasons, he’ll be the first Tiger quarterback to threaten Wimprine’s records. Through his sophomore season (2002), Wimprine had thrown for 4,149 yards and 37 touchdowns. Seven games into his sophomore campaign, Lynch’s numbers are 3,764 and 19.

• This may be the only time all season you read “American Athletic Conference” and “Power Five” in the same sentence. Because the American is woefully weak at the bottom of the league standings, the polar opposite of anything resembling the likes of the Big Ten, ACC, or, gulp, SEC. You might say, actually, the American includes a “Sour Five,” four of whom play the Memphis Tigers over the next five weeks. (Memphis handled the fifth member of this ignominious group — SMU — last Saturday.) Check out the rankings of the Sour Five in scoring among the 128 FBS teams: 97 (Tulsa, this week’s opponent), 108 (USF), 119 (Tulane), 127 (UConn), and 128 (SMU). At 4-3, Memphis could enjoy its longest stretch of success since winning five of six games to finish the 2007 regular season. (SMU and Tulane were among the victims seven years ago.) Tulsa, it should be noted, is 122nd in points allowed (40.7 per game). Needless to say, a loss to any team not named Temple will leave a sour taste.