• When the 7-3 Memphis Tigers — riding a four-game winning streak — take the field this Saturday at the Liberty Bowl, local football fans will witness something seen but once in that stadium since 1970. The only time the Tigers have played at home with so many wins (and on such a lengthy winning streak) since Richard Nixon was in the White House was on November 22, 2003, when sophomore DeAngelo Williams helped Memphis beat Cincinnati to improve to 8-3. Having beaten Temple and Tulane on the road the last two weeks, the Tigers will aim for the program’s fifth five-game winning streak over the same period. (The streaks came in 1972, 1975, 1992, and 2003.)

In case you haven’t noticed, this isn’t your big brother’s Memphis football program. The Tiger defense ranks eighth in the country in points allowed (17.5 per game). You’ve heard of the teams in front of them: Ole Miss, Alabama, Wisconsin, Penn State, Marshall, LSU, Stanford. Led by eight senior starters, the Memphis defense encapsulates coach Justin Fuente’s remarkable three-year transition. The 2011 Tigers allowed 35 points per game with some of this year’s seniors on the field as freshmen. Those seniors — and all their teammates — are now making Memphis history when they take the field. Here’s hoping space is limited at the Liberty Bowl Saturday afternoon. 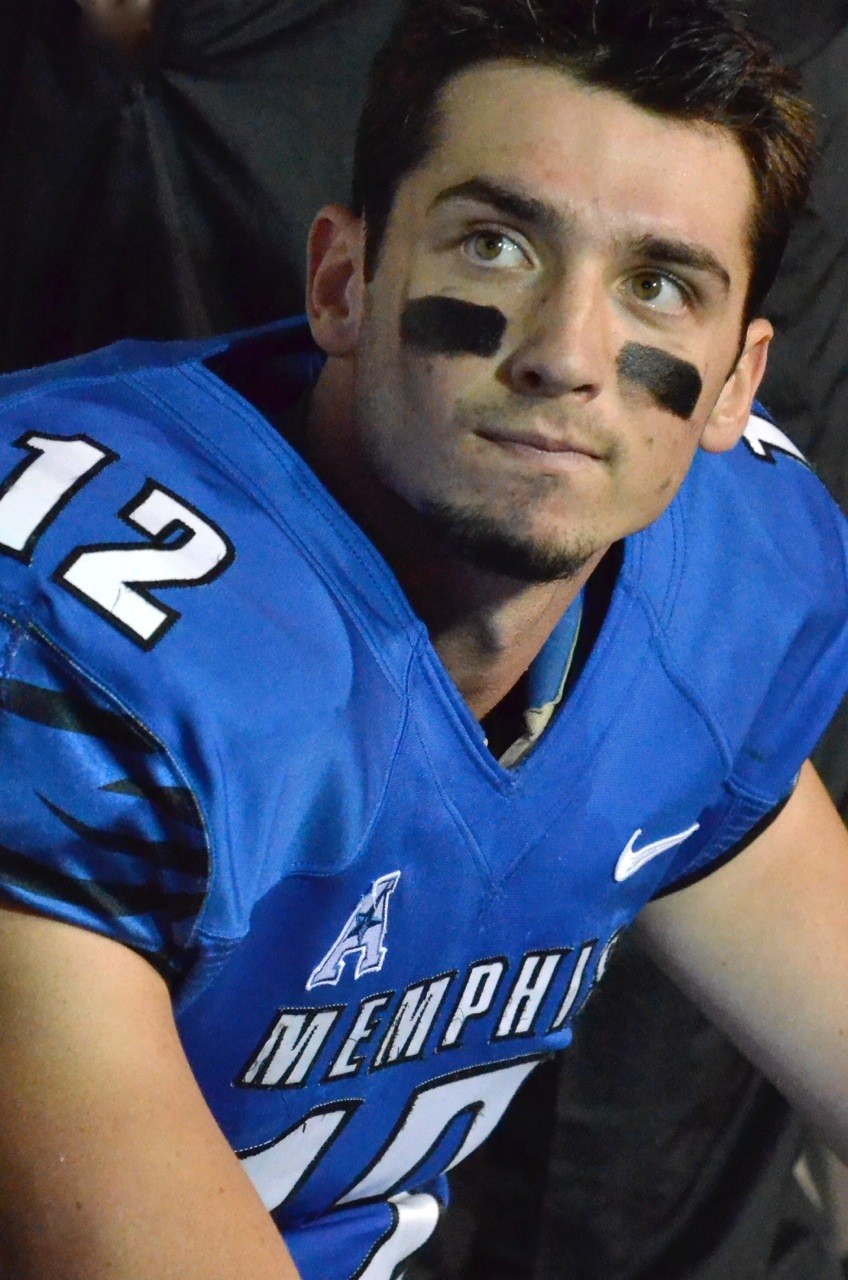 • The statistic that continues to jump off the screen for this team is the offense’s performance in the red zone (inside the opponents’ 20-yard line). Memphis has entered scoring territory 43 times this season and come away with points on 40 of those occasions. Only four teams in the country have a higher red-zone percentage and the Tigers actually have a higher touchdown percentage (65 percent) than the top two teams (UCLA and Missouri). Why the remarkable efficiency? Three reasons.

The Tigers have the deepest running attack in the American Athletic Conference. Doroland Dorceus and Sam Craft had their star turns before injuries sidelined them. But senior Brandon Hayes, freshman Jarvis Cooper, and last Saturday, freshman Robert Davis, have carried the ball for the most critical yards on the field. Secondly, the Tiger attack continues to be fueled by its best offensive line in years. Among AAC teams, only Cincinnati has allowed fewer than the 14 sacks allowed by Memphis. And finally, sophomore quarterback Paxton Lynch has played like a senior in the red zone. Lynch has thrown but six interceptions in 303 attempts and leads the Tigers with eight rushing touchdowns.

• Should two (or three) teams tie atop the American Athletic Conference standings at season’s end, the league will declare co-champions. Which means Memphis is two home wins from its first conference title in 43 years. (The Tigers earned the 1971 Missouri Valley championship by going 3-1 in league play. The team finished that season 5-6, winners of something called the Pasadena Bowl.) Adopting the team’s current philosophy, the Tigers must go 1-0 against South Florida (a team that snuck by winless SMU last Saturday) and then 1-0 against Connecticut (2-7) two days after Thanksgiving.

As for the teams currently tied with Memphis with one league loss, Cincinnati (a team the Tigers have beaten) plays at Connecticut, at Temple, and hosts Houston, while UCF (not on the Tiger schedule) hosts SMU, then travels to USF and East Carolina. With only two regular-season games left to play, and both at home, the Tigers have a decided inside track to the AAC championship . . . and any consideration given for a spot in the “New Year’s Six” bowl games. One more reason to rub your eyes in wonder at the fortunes of a long-beleaguered program.