March 08, 2018
comment
Tubby Smith remains the head coach of the University of Memphis Tigers. At least for a day.

Amid swirling rumors that he'll be replaced at season's end by Penny Hardaway, Smith led the Tigers to a win over the USF Bulls in the opening round of the American Athletic Conference tournament in Orlando. The win comes exactly a week after the Bulls (10-22) embarrassed the Tigers, 75-51, at FedExForum. 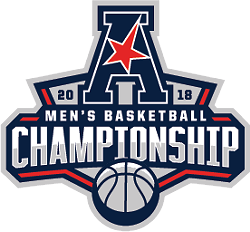 USF reduced a nine-point halftime deficit to just three and had a chance to tie the game in the the closing seconds but Stephan Jiggetts misfired from three-point range.

Kyvon Davenport led the Tigers with a season-high 27 points (and nine rebounds) and freshman David Nickelberry came off the bench and tied his own season high with 14 points (12 of them in the first half). Kareem Brewton added 12 points in his fourth start since Jeremiah Martin's season-ending foot injury. Memphis shot a stellar 57 percent from the field and connected on eight of 17 three-point attempts.

The win gives Memphis (20-12) its first 20-win season since the 2013-14 campaign and keeps hope alive for a possible bid to the National Invitation Tournament.

The Tigers will play Tulsa in the AAC quarterfinals Friday afternoon (tip-off at 1 p.m.). The Golden Hurricane finished the regular season 19-11 and split a pair of games with Memphis, losing by nine points at FedExForum on January 6th and beating the Tigers by 13 in Oklahoma on January 20th.