“All Shook Up” played in the background as rugby players competed in the Elvis 7s tournament Aug. 5 at USA Stadium in Millington.


Some players grew sideburns for the occasion. A few of them entered the Mr. Sideburns contest, where they showed off their chops and sang a bit of an Elvis song.

“This is the unofficial start to Elvis Week in Memphis,” said emcee Larry Magdovitz, who was dressed in a white jumpsuit and wore a pair of sunglasses the King would have envied.


“What makes it Elvis is the sheer love of Elvis that everyone shows. It requires you to grow sideburns if you want to compete in the sideburns contest.”


And, he said, “We listen to Elvis music all day long - from 8:00 until 7:00. And we just enjoy good camaraderie and a love of a nice man from Tupelo who touched all of our hearts.”


Out-of-town teams participated in the event, but player Chris Cobb probably traveled the farthest. A former Memphian, Chris now lives in Shenzhen, China. He said he traveled 1,200 miles - 16 hours on a plane - from China to Memphis.


Why? “It’s the best, most social rugby tournament in North America,” he said. “This is my first time back in two years. (I’ve been) living in China two years.”


Hal Struckman won his second Mr. Sideburns title at the Elvis 7s. He sang “Suspicious Minds.” And, in a runoff with competitor Jason Mapp, he sang “Hound Dog.” 
Halloween is about three months away, but guests celebrated a similar event Aug. 5 at The Bluff.


“Basically, it’s a concept for people to have fun in the summer,” said promoter/organizer Jack Simon. “And give them a reason to dress up. Everyone wants Halloween to be twice a year, so why not help them out with that?”


Costumes ranged from “rabbits to skeletons to just funny outfits in general,” Simon said. “I don’t think we had any Trumps this year.”


Why did he bring it back? “People just kept asking for it.”

Neighborhood Association, which hosted the event along with the South Main Association, Blue Suede Brigade and the Memphis Police Department.


“National Night Out is sponsored by Neighborhood Watch,” Siebert said. “All Neighborhood Watches can have one. We choose to have a celebration for our Memphis Police Department and thank them for the job well done.”


They raised $615 for Police officer L. McCoy, whose apartment burned “a few nights before Downtown Night Out. We donated our proceeds to her.”


Filmmakers didn’t show any nerves at the Memphis Film Prize 2017 after party, held Aug. 5 at Mollie Fontaine Lounge. The party was held after their movies were shown, but the evening before the winner of $10,000 cash was announced.


The Memphis Film Prize invites filmmakers from around the world to create a five to 15 minute short film. The only rule is that the film must be shot in Shelby County.

Gregory Kallenberg is founder and executive director of the Film Prize Foundation.


Tuesday isn’t even hump day, but that doesn’t mean it can’t be fun. Railgarten at 2166 Central is holding its “Fam Jam” between 6 and 9 p.m. on Tuesdays. Live music will be featured each week.


“The idea behind it is to create a weekly event that has live music, but that also appeals to people’s kids,” said Martha Hample with Railgarten. “So, there’s stuff to do for the kids.”


They plan to feature bands that are “more kid centric,” she said. “And doing virgin drinks in the tiki bar. “Just a night adults can come and get out of the house and bring the kids.”


The Rusty Pieces played Aug. 1. The duo even captivated Julia Berger, 3, whose dad, Taylor Berger is one of the Railgarten partners. Taylor and his son, Andrew, 6, sat in the audience and watched an entranced Julia as she stood on stage and watched Jessi Dalton play guitar.

Slideshow Elvis rugby to Halloween in August plus Downtown National Night Out, Fam Jam and MOVIES! 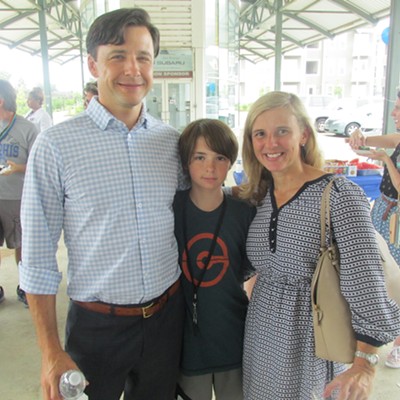 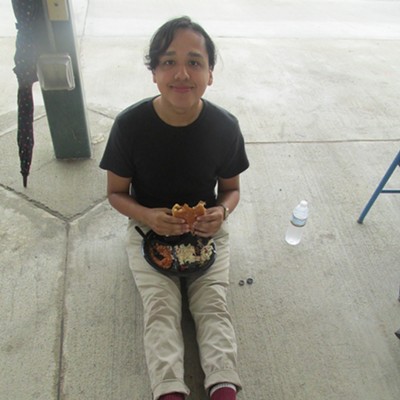 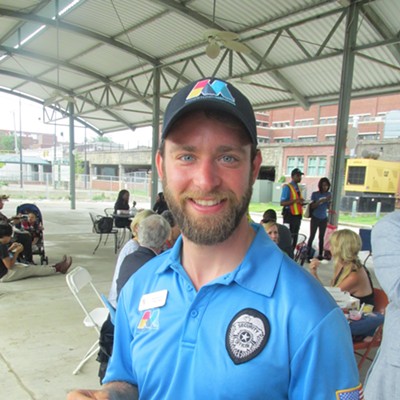 Elvis rugby to Halloween in August plus Downtown National Night Out, Fam Jam and MOVIES!
By Michael Donahue
Click to View 110 slides