She wore a costume from the upcoming Opera Memphis production of “The Italian Girl in Algiers,” which will run Feb. 2 and 3 at Germantown Performing Arts Centre.


Exposure is “a way for people to get involved with their city. To love their city actively. And to sort of find fresh ways of being part of the Memphis community. As well as just enjoy and celebrate all the wonderful things Memphis has to offer. Whether it be all the nonprofits and other organizations that were representing themselves or the kickball game as a fun way to get together and see all these different, interesting groups from Memphis you might not otherwise see on a kickball field together.”

The event “got started several years ago, but last year was the first we opened it up to the general public. For the first year we did the Exposure event, it was not on 901 day and also was tailored especially for city newcomers. What we found was a bunch of native Memphians kept showing up. They wanted fresh ways to get involved with our city. We thought, ‘Oh, if this is what everyone wants, we should open the doors wide and let everyone in.’” 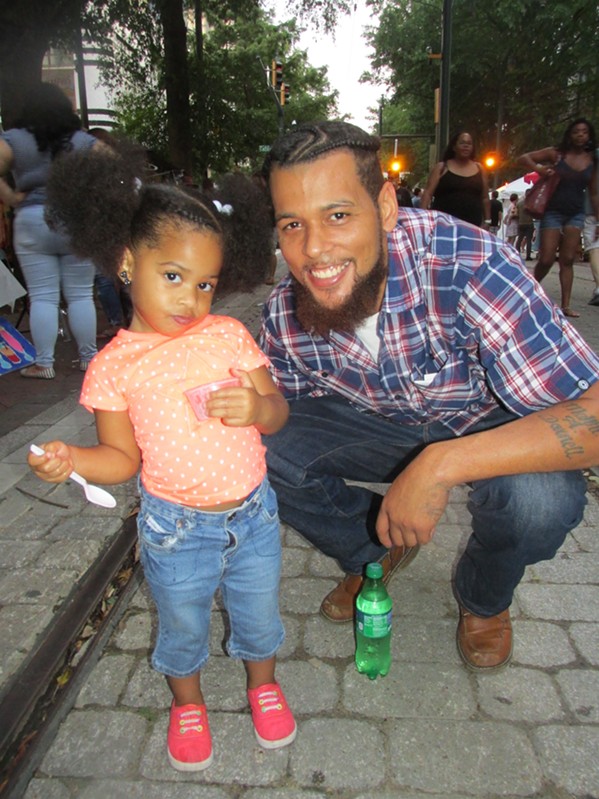 Center for Southern Folklore’s Memphis Heritage Festival was more than music, food, crafts and art to Zack and Kim Sykes.


It was their first outing since their son, Samuel, was born eight weeks ago.


Their outing was “a little nerve wracking,” he said.


Asked to name the highpoint of the free festival, founder/general chair Judy Peiser said, “It looked like everybody was smiling the whole time. I felt the people who came to the festival over two days got a slice of the music grown here.”

And, she said, “For two days you can hear the music that goes from blues to jazz to bluegrass to country to gospel to hip-hop, dance.” Guests got a taste of the upcoming Memphis Food & Wine Festival at a kickoff party Aug. 29 at River Oaks restaurant.

Guests learned what the large roster of chefs will prepare at the FedExFamilyHouse fundraiser, which will be held Oct. 14 at Memphis Botanic Garden.


In other words - get your palates ready for cuisine prepared from the palettes of renowned chefs. 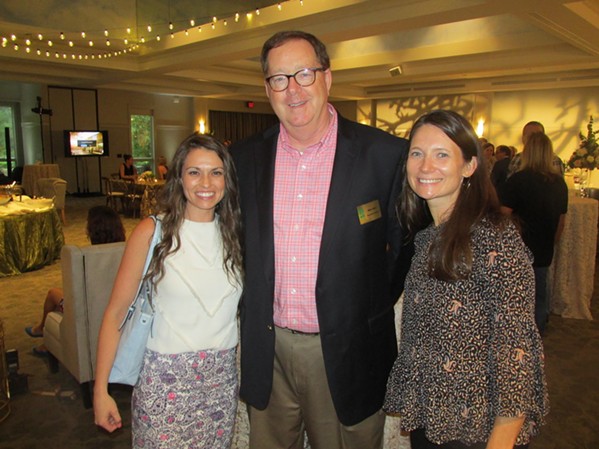 
Executive director Mike Allen was on hand. “The renovation of Hardin Hall is really important for the long-term sustainability of the Memphis Botanic Garden,” he said. “Rental income from Hardin Hall as well as our three other venues is in a large measure what helps to underwrite the operating costs of our Garden. This renovation brings Hardin Hall into the 21st Century with a current, neutral look, better audio visual technology, enhanced lighting options and more. It will allow us to better compete with some of the newer event venues that have opened in recent months. We have already hosted a couple of wedding receptions, a large civic event and both the Ole Miss and University of Memphis kick-off events. All to really positive reviews.”


He included music from his album, “Life in Stereo,” which will be released Sept. 8. He also performed “Pride,” a song he collaborated with KISS guitarist Gene Simmons.


“I just saw people there that I’ve known since the first grade,” said McCormack, who lives in San Antonio. “And I saw people I knew at college. All the time periods I lived in Memphis - there was somebody there from that group. Which is great.”


On this Memphis trip, instead of going to Corky’s and Krystal - places “we don’t have in Texas” - McCormack “just stayed at a friend’s house and barbecued and had a nice time.”

Andrew Vanelli now has three of his own radio shows under his belt.


He just aired his third “Sports Hour with Ace,” which airs from 9 to 10 a.m. Monday through Thursday. He also co-hosts “Beast of Sports Gab” with Quenton Bailey from 2 to 3 p,m. Thursdays. Both shows air on AM 730.


“It’s a sports talk show, so i’ll be taking callers,” said Vanelli, 35. “I’ll go in there and I’ll talk about the trending topics, stuff everyone’s talking about.”


Vanelli and his fiance, Amanda Phelps, recently were at dinner at the new Farm Burger Memphis in Crosstown Complex.


Sports is something Vanelli knows a thing or two about. “I had a football in my hand since I was three years old, man.”

He was wide receiver and defensive back at St. Benedict at Auburndale. “I ended up being all-state honorable mention my senior year.”


And, he does “some fantasy football advising. People don’t know how to draft or build them, I’ll help them do that.”


Vanelli is a newcomer to radio. “I used to have a hard time speaking in front of 10 people. And, man, when I’m talking about something that I love and I’m passionate about, it just flows, man.”


Where does “Ace” in the show title come from?. “That’s my nickname,” Vanelli said. “It goes back to my Uncle Tony. When I was about 10 or 11 I’d just got done playing a peewee football game and my uncle came over and said, ‘Good game, Ace.’ And one of my buddies said, ‘Why did you call him that?’ And he said, ‘’Cause, boy, he’s the best one out there.’ That always stuck in my head. I think it’s catchy. And I just brought it back.”


If you want to see what Vanelli looks like in person, you can catch him bringing Elfo’s Special or some other dish to tables at Ronnie Grisanti’s Italian Restaurant, where he’s a server.