BreakFest 901 was more than sausage biscuits.


Take “Black Friday Biscuit,” one of the contributions from Glaze Hardage and Ricky O’Rourke from the Sun’s Out Bun’s Out team. It’s made with turkey, dressing, cranberry sauce and gravy on a sweet potato biscuit.


Hardage also is cook/catering manager at Blink restaurant/Melissa Catering, which is located at Southern College of Optometry.


The categories were “Breakfast Sweets,” “Breakfast Sandwich,” “Omelet,” “Bacon Lovers” and “Anything Goes.”


Sun’s Out Bun’s Out came in second in Bacon Lovers and second in Breakfast Sweets. The team got third in Omelet and third in Anything Goes.


This year’s event - the third - was their biggest, said Christin Yates, who chaired the benefit with Andy Wells and Amy Chadwick.


Asked what sets BreakFest apart from other festivals, Yates said, “We try to make it all inclusive. So, if you’re not on a cooking team, come have a good time. There are games, family friendly activities, music and lots of other things to enjoy. I think that kind of draws people in and gives everybody something to do.


And they can eat. Booths handed out samples. Food trucks also were on hand.

None of the bartenders at STRUT had to make frozen margaritas or even mix a scotch and soda. But if you were a guest, Shelby County Mayor Frank Luttrell or other Memphis celebrities might have poured a glass of red or white wine for you. Maybe a soft drink with ice. Or served you a beer.


The event, held Sept. 21 at Mercedes-Benz of Memphis, was presented by Community Legal Center.

About 200 attended the party, which included a fashion show, a buffet and drinks.


Jerri Green, director of community engagement, planned and coordinated the event. Long-time board member Steve Mulroy “should get MVP for the event,” said Anne Mathes with Community Legal Center.
“Recruiting emcees and celebrity bartenders, getting wine and beer donated, soliciting sponsorships and auction items and selling tickets - you name it, he does it.”


The event was presented by Laurelwood Shopping Center and Mercedes-Benz of Memphis.

Richard Ransom and Katina Rankin from Channel 24 news were emcees. 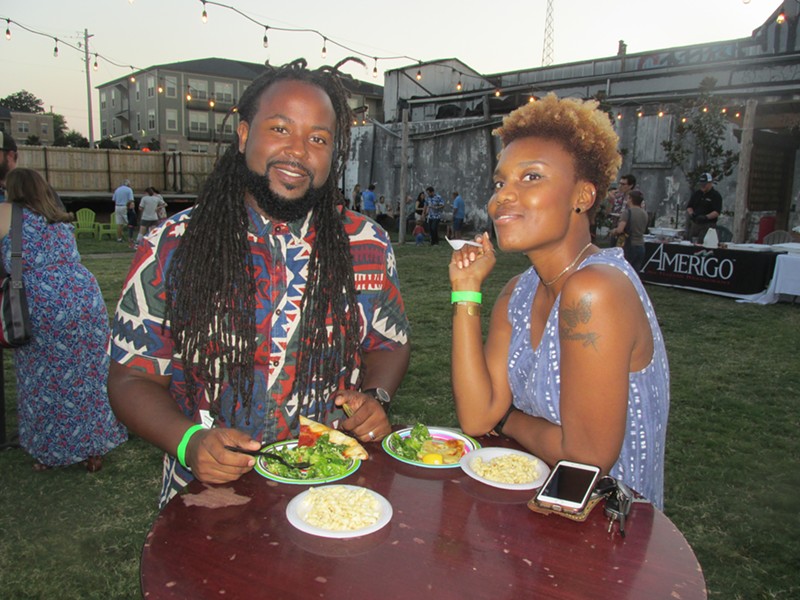 Instead of weeding or hoeing, guests could whistle along - or dance if they wanted - to Star & Micey tunes at Farm Fest, held Sept. 24 at Loflin Yard.

About 300 attended. “I think it was a great success ‘cause we had such great support from area restaurants that donated as well as our newest brewery, Old Dominick Distillery.”


Another reason was “the community support,” she said.


HOPE “raises awareness around issues affecting people experiencing homelessness - a condition that can happen to anyone if they don’t have recourses like good friends and family. Things to fall back on.”


They raised about $800, but hoped to raise $10,000, Anderson said. “The concrete goal is to help HOPE get a van for their members. To help them get directly to their services: meal services, job interviews, things like that. And, mainly, a way to continue their organizing work.”


Page was “overwhelmed with joy and gratitude’ about her EP release. “The amount of enthusiasm and support from my friends, family and community was completely unprecedented and uplifting," she said. "And now I can’t wait to do something even bigger and better and more luminous.”


Julia Wellford Allen, Page’s 91-year-old grandmother, was among the guests.


Also appearing with Page and her band were Strong Martian and Magnolia. 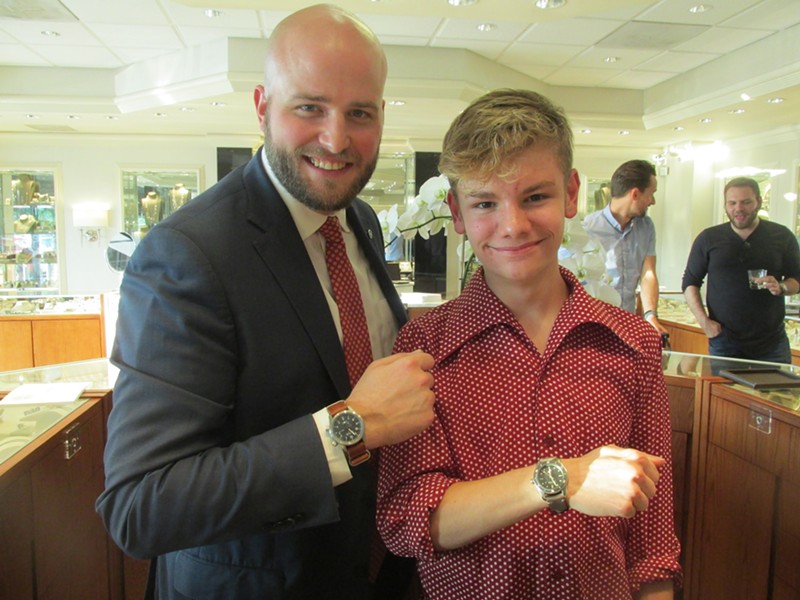 
Mednikow Jewelers remembered Giles English’s birthday with a cake - decorated as the face of a Bremont Watch. Giles and his brother, Nick, are founders of the watch company.


Mednikow hosted a reception for the English brothers Sept. 20 at the store in East Memphis.

“This watch company and the way it’s doing business energized me in a way that no other watch company has in many years,” said Jay Mednikow, owner/CEO.


Dr. Blas Catalani sported his new Bremont Boeing watch. “I bought it a couple of weeks ago, but I felt it was most appropriate to pick it up on this occasion,” he said.


Jay Mednikow and the English brothers joined the gathering for the “after party” at the Rendezvous.