How do you define “emo” music?


Will King, vocalist for “Indeed, We Digress,” said emo music is “darker in tone and the musician puts a lot of emotion and passion into the music.” And, he said, “Usually the songs are dark thematically.”


King came up with the idea of throwing an emo night in Memphis, which was held Oct. 14 at the Hi-Tone. “I always love bands like My Chemical Romance and Senses Fail and stuff like that,” he said. “I had seen that they were doing similar things in other cities like LA and New York and Chicago. And I thought, ‘What’s to stop us from doing that here?’ I posted a Facebook stat asking Facebook friends who’d show up for something like that. And i got a great response. I was like, ‘Screw it. I guess I’m doing this thing.’”


He asked Theunissen to help. “He was super into it. And we just went from there and it became this huge thing. It had a way bigger turnout than I possibly could have hoped for. A little less than 100 paid, which means about 100 people got in.”


King and Theunissen had a “meeting of the minds” with Hi-Tone owner Brian “Skinny” McCabe, who said he’d put their list of specially-named drinks with the regular list and feature happy hour prices all night.


The emo drinks included “Sunny D Real Estate,” a screwdriver; “I Write Gins not Tonics,” the gin and tonics; and “Coke Without the E,” which were the whiskey and Cokes.


“We came up with the idea of the eyeliner booth,” Theunissen said. “We called it the ‘Cry Liner’ booth.”

Erica Grant applied eyeliner to guests during the evening. “Because emo is all about being very sad or emotional,” he said. “And the scene used to focus on heavy eyeliner and dark clothing and dark hair covering your face. We felt people might like to relive that and have fun with it.”


They also featured “black volley balls to throw around. To give it a party atmosphere. It was fun. We had mesh gloves available for people to wear. They were big in the early 2000s for people to wear in the emo scene.”


Said King: “The thing about ours that set ours apart from everyone else’s is a lot of other cities were taking it way too seriously. I still love the music. Love the bands. But the culture around emo and the way we dressed back then was funny. Not serious. We made a few jokes about it and didn’t take it too seriously. That way people who were embarrassed that they like music like that showed up.”


King, 23, was 14 when he got into emo. He loved emo bands, but he didn’t really dress emo. “I wore tight jeans. Jeans that were way too tight. Aside from that, not too much. My hair was in my eyes.”


Theunissen, who is 28, remembered listening to emo bands Taking Back Sunday, Thursday and My Chemical Romance, when he was 14.

He didn’t really dress emo, he said. “I wore like extremely tight girl pants. Made for women. I had long, curly hair and wore bandanas all the time. Tight T-shirts. And a bandana around my head.”


Back then he dressed “just like I do now. Only now I wear man pants.”

Slideshow Emo night at the Hi-Tone 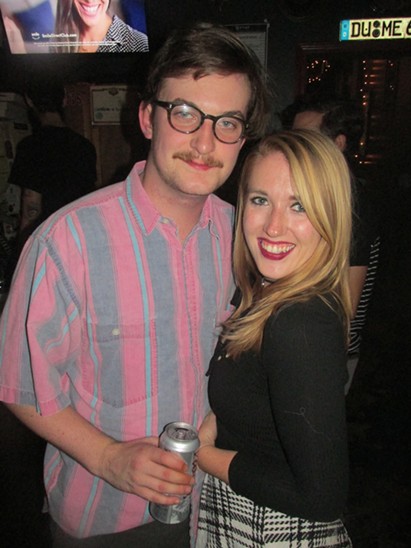 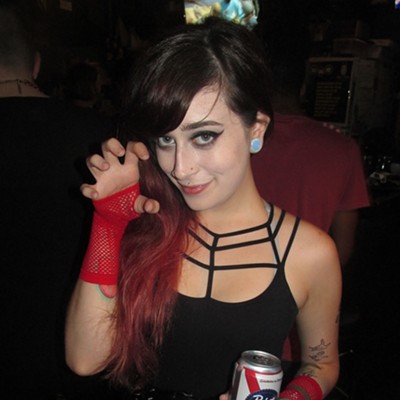