"Chowder" from Michael Donahue on Vimeo.

Thanks to friends and family of the late Chris Phillips, three crossways will be constructed on Madison and, hopefully, may save lives.


Phillips, a server at Andrew Michael Italian Kitchen, was killed while trying to cross Madison Feb. 22.

Molly’s La Casita restaurant owner Jamie Chapman got the ball rolling to do a crosswalk near the restaurant, said Phillips’s mom, Lauri Phillips. Lauri emailed Mayor Jim Strickland’s office to get connected with the traffic engineer. She was told a crosswalk was waiting to get approved.


The city approved three crosswalks on Madison. “They wrapped it up pretty quickly and approved them," Lauri said. "I wanted it to be an artistic crosswalk in Christopher’s memory. So, the official project name is the ‘Christopher Phillips Memorial Crosswalk’ - ‘ChrisCrosswalk’ for short.”


Chris’s good buddy, Vincent Hale, a bartender at Bari Ristorante, planted the seed for the crosswalk to be constructed in Chris’s memory.


Nashville artist Pam Haile, Lauri’s sister-in-law, is designing the crosswalks. “The inspiration for the art is the ‘Golden Slumbers’ trilogy from the Beatles ‘Abbey Road’ album," Lauri said. "Christopher loved that song, especially ‘Golden Slumbers.’ So, some of the lyrics from ‘Golden Slumbers’ and ‘The End,’ the third song in the trilogy, will be incorporated into the art.”


Shortly after Chris was killed, Richard Cushing from FreeWorld contacted Lauri. “Richard sent me a message expressing his condolences. He said, ‘Hey, at some point if you’re interested, we would love to play a memorial show in honor of Chris.’”


Lauri wanted the event to be a community-wide memorial benefit to fund the crosswalk project.

That’s where David Hacking came in. Hacking, lead singer and rhythm guitarist in Racquets, came up with two more performers - The Sheiks and the pop ritual - to play at the benefit.


The goal, Hacking said, was “to bring (Chris’s) favorite bands together to play a show for him.”


“The crosswalk is a memorial to Christopher, but it’s also a memorial to all pedestrian fatality victims in Memphis,” Lauri said. “We’re trying to create some awareness to what is an issue here in our city.


“In 2016, Memphis was No. 9 on what’s called the ‘Pedestrian Danger Index.’ It was No. 9 in the top 104 metro areas in the United States for pedestrian deaths. And the number of pedestrian deaths is outpacing last year. Through Sept. 5 we had 25 pedestrian fatalities. Christopher was No. 6.” 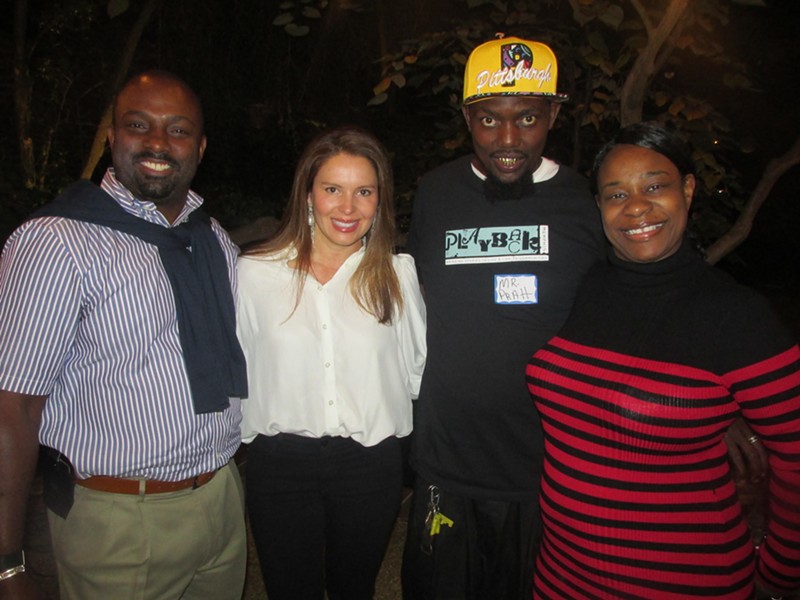 Lucia and Ricky Heros and Angie and Will Deupree hosted an event Oct. 19 for Playback Memphis at the Heros home.


“We wanted to expose a whole bunch of our friends to the world of Playback Memphis,” Lucia said. “And just bring awareness to the organization, explain what they do and present and celebrate some of the artists that are part of the Playback Memphis company. They’re so talented and so amazing.”


Playback Memphis is “basically an improv company. But it is a nonprofit. What they ask of the audience is to tell stories. To share with them.”


When the company members hear an audience member’s story, they “play it back to the audience.”

Playback Memphis’s performances are a creative way “people can share in that feeling of helping and understanding and healing.” 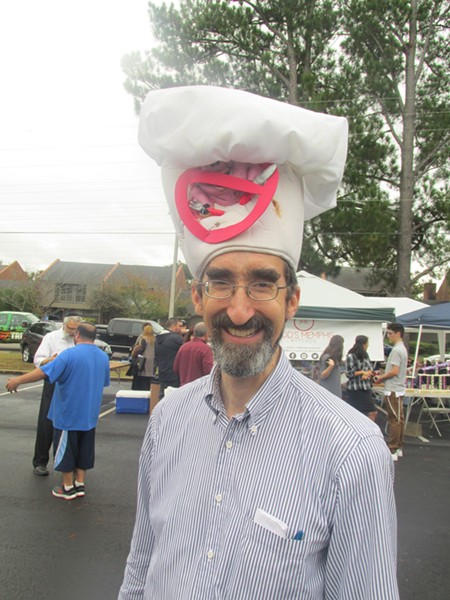 
“I have my people working on the weather right now,” said emcee Ron Childers, who is WMC Action News 5 chief meteorolgist.


The event, which includes a barbecue contest, a basketball tournament, a pickle-eating contest and children’s activities, celebrated is 29th anniversary this year. 
Christian Brothers University now is part of the Crosstown Concourse.

The new space will serve as the home of the CBU’s Healthcare MBA instruction. 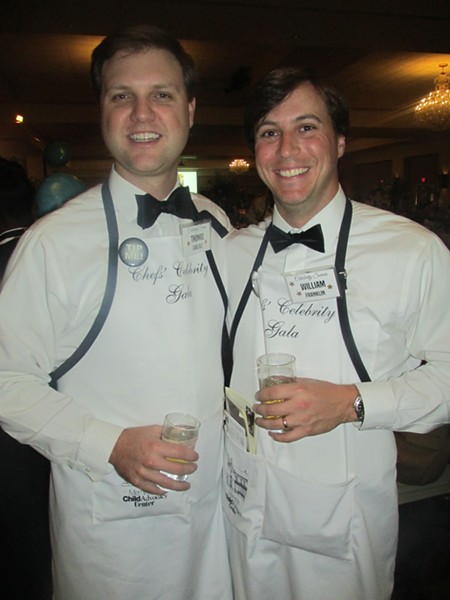 
An actual server was on hand to step in if a celebrity server suddenly turned into a butter finger at Memphis Child Advocacy Center’s Chefs’ Celebrity Gala.


Around 100 celebrity servers in white aprons took care of 500 guests, who dined on a gourmet dinner at the event, held Oct. 26 at Holiday Inn at the University of Memphis.


Andy Childs and his band returned for guests to trip the light fantastic on the dance floor.


The teddy bears were back, too. Guests could purchase the bears, which contained “surprises” on the order of jewelry, weekend vacations and gift certificates.


“We raised $260,000,” said a delighted Beryl Wight, the center’s communications and grants manager.

The Memphis Chapter of the Public Relations Society of America annually recognizes the best in PR campaigns and tactics conceived, developed and implemented by Mid-South’s communications professionals during the past year.


Peggy Reisser of the University of Tennessee Health Science Center was VOX chairperson. David Brown of KQ Communications was co-chair.