A total of 1,400 people rode the Memphis Grand Carousel on its opening day Dec. 2. That’s between the time Mayor Jim Strickland and Children’s Museum of Memphis board chair Bridgette Speake cut the ribbon at 10 a.m. and before the museum closed at 5 p.m.

The carousel, which was built in 1909, is one of the oldest wooden carousels in the United States. It was burned, but restored by Dentzel Carousel Co. in the 1920s.


Restoration of the carousel, which took more than two years to complete, cost $1 million. The Children’s Museum of Memphis is one of three accredited children’s museums to house an authentic operational Dentzel grand carousel.


All 48 horses were sold for $4,500 each, Speake said. They all have names, but Speake’s goddaughter, Mary Martin Wick, 5, who rode “Pegasus,” came up with her own name for the horse: “Pink Flower.” Hundreds of youngsters decked the halls with fa la la la la's at the Jingle Bell Ball Dec. 2 at The Peabody.


The Jingle Bell Ball is the umbrella name for several parties: the Cookie Party for toddlers through second grade; Rock for third and fourth graders; The Mistletoe Mash for fifth and sixth graders; and the Special Honorees Party for special needs kids.


“It’s the only dress up thing I think kids get to do that I’m aware of,” said Jingle Bell Ball founder/general chair Pat Kerr Tigrett. “And they love dressing up.”


Among those assisting at the parties were jooker Ryan Haskett and dancers Sheron Moore, who portrayed a prince, and Maria Bittick, who was Cinderella.


“We’re already beginning to gear up for the 30th anniversary next year, which is unbelievable,” Tigrett said. Daniel Masters, an owner with Justin Dyer of the market in the historic South Main Arts District, described the opening as “more of a soft opening in my area.”


His area is “charcuterie that are locally sourced along with craft cocktails.”


Masters now has his beer license, but, he said, “We should be good to go in a couple of weeks for the sale of spirits.”


As for the soft opening, he said, “I could see where the potential lies in the concept.”


Cole Jeanes, the chef and creative mind behind three new concepts Coco, Kinfolk and Magnolia at South Main Market, ran out of food.


That was at Coco and Kinfolk. “So, we closed down and prepped back up. We opened Magnolia and we sold out of that.”


They were serving sui gyoza Japanese dumplings. “We opened at 4 and sold out at 6:30.”


Gingold, who was born in New York City in 1924, was an educator of generations of Memphians. Her new group of patinated bronzes includes birds, horses and rabbits.


Gallery owner David Lusk said: “The beauty of Joyce Gingold’s sculpture is how apparent her fingers and hands are on each piece. She first models clay into an animal shape or female torso using just her hands and fingers. Then that is cast into a bronze work. But even in the bronze the marks and energy from her hands is obvious.”


The business, which owner John Matthews described as “chef-prepared meals ready to heat and eat,”’ is located at 2877 Poplar Avenue.


They serve “upscale” cuisine, which is delivered between Perkins and Downtown, Matthews said. “What sets us apart is the quality,” he said. “We do beef bourguignon, Maryland style crab cakes, veal piccata. Things like that. We try to use local ingredients whenever possible. And we change up the menu twice a week. Small artisinal batches. So, when it’s gone, it’s gone.” 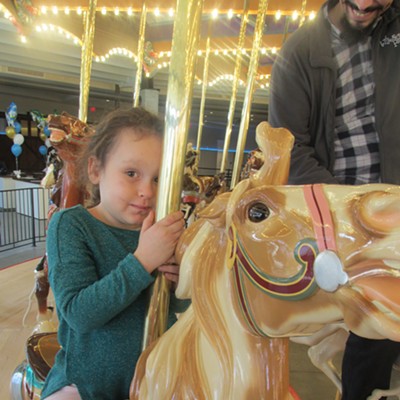