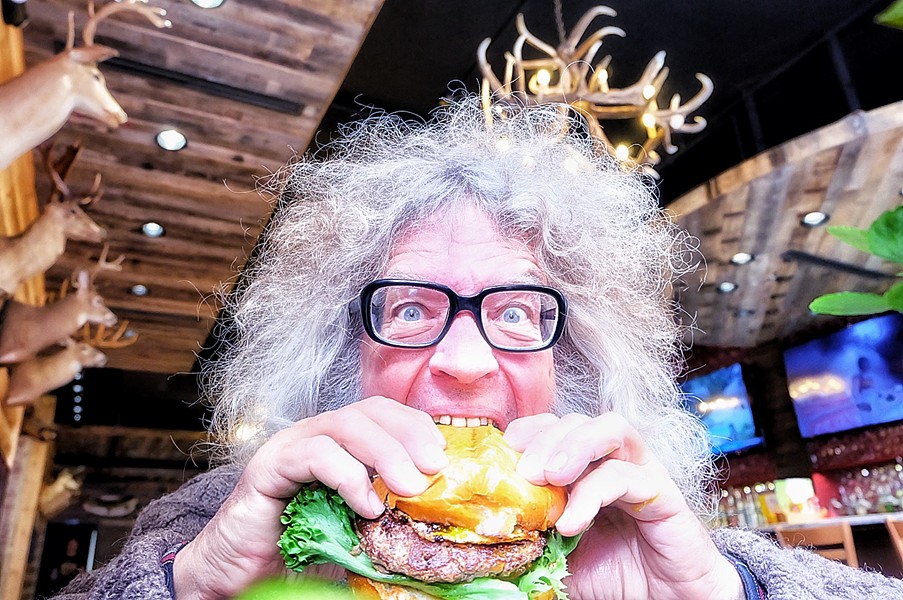 I finished my hamburger at lunch the other day at Kooky Canuck, but my burger was a fraction of the size of the one The Brranimal (a.k.a. Brett Healey) and Big Eater Mike (a.k.a. Michael Whities) demolished Jan. 28. It didn’t weigh as much. They ate a six-pound King Kookamonga burger, which, with all the fixings, weighs 12 pounds.


Mine wasn’t even categorized as a “monga;” it was a “Simple Beginnings” - a half pound burger. I did have fries with mine, but I don’t think that counts.

Healey and Whities entered the King Kookamonga challenge. The duo had to eat their hamburger in 60 minutes.


They broke the Kooky Canuck record for the King Kookamonga challenge; they ate the whole thing in 37 minutes and 58 seconds. (See video below).


What’s even more impressive is they made such a great showing after polishing off a 28-inch pizza with cheese, pepperoni and bell peppers the day before at Rizzi’s Pizza Cafe in Arlington.


Asked before the challenge how they felt, Healey said, “This one, it’s going to be a little different from yesterday.Totally different kind of food. It’s a little bit more food.”


Healey and Whities didn’t eat anything from the time they finished the pizza until they took the first bite of the King Kookamonga. “The pizza’s the last thing I ate,” Healey said. “I’ve been sipping water and coffee. So, staying hydrated. Trying to get all the pizza out and be ready for today’s challenge.”


“I haven’t had anything to eat,” Whities said. "Mainly just tried to get rehydrated with a lot of water.


They both said they were hungry.


Shawn Danko, who owns Kooky Canuck with his wife, Lana, was impressed. “The previous record was 50 minutes,” he said. “They did great. Oh, my gosh. You knew right away once they got started in that 50 minutes was not going to be an issue at all.

It was just how much they were going to beat 50 minutes by.”

I once won first place in a pumpkin pie eating contest. I won $250 (before taxes were taken out). I had to be the first person to eat the whole pie. I can’t remember if I could use my hands. I do know it was my power eating contest debut and farewell performance.


But I did learn a few things if I ever decide to enter the King Kookamonga challenge. First thing you do is cut the hamburger sandwich in half. Eat the meat first. Then the “vegetables.” End with the bread.


Guests were asked to bring food. “She fed all of our friends growing up,” said her son, Yanni Manousakis, who operated Yanni’s Foodtruck for about a year. Also attending was Yanni’s girlfriend, Stephanie Cook; and his brother, Saki Manousakis, who was one of the actors in “$5 Cover” and “Feral.”


Yanni made lemon potatoes from one of his mother’s recipes. It’s just potatoes, garlic, lemon, pepper, salt and olive oil. Cook at 375 degrees for an hour and a half, Yanni said.


And, of course, Mama Manousakis made food. “She wasn’t supposed to,” Yanni said.

She made grilled cheese with homemade pimento cheese, spanakopita and baklava.


The four honorees were women who “we said were making Memphis a better place,” said event chair Katelin Walker.


“Madonna Circle gives a large grant each year to a non-profit organization not necessarily affiliated with the Catholic church,” Walker said. “This year’s recipient was the Neighborhood Christian Centers. So, in order to raise the money for the grant, we did a sweepstakes. During the event, we drew our sweepstakes winner. That winner won $5,000.”


“A Fashion Forecast” was the theme of the event, which featured a fashion show.


Walker’s daughter, 11, helped with the event. “She was in charge of the technology. She was doing the sound.” 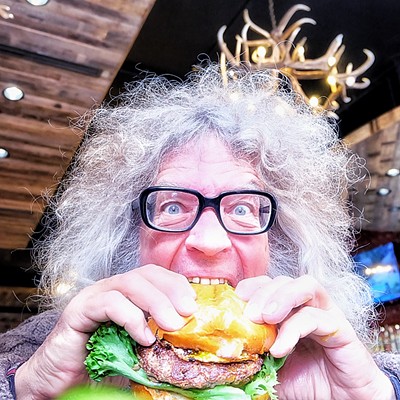