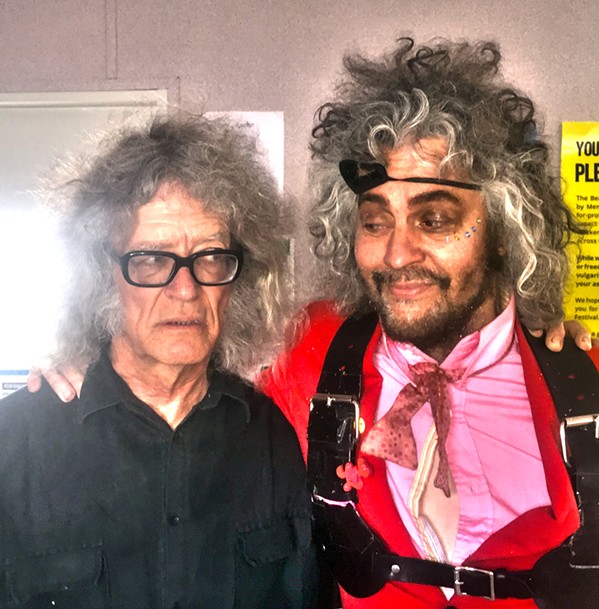 Wayne Coyne is impressed with the Memphis in May Beale Street Music Festival.


I asked Coyne to share his thoughts on the festival the day after his band, The Flaming Lips, performed at the event May 6th.

“Memphis’ connection to the music of the blues, I think, is reflected in the way that Memphis still embraces the originality and music from the soul,” Coyne says. “Yesterday, this all happened at the same time. Luke Holmes modern country act; Juicy J modern rap act; us (The Flaming Lips. Not sure what we are but it was cool we were there); Post Malone modern pop act. All that happening on the same day just a couple of hours apart to such a massive, happy audience.”

“Massive” is right. Sunday May 6th was sold out.


“This wasn’t the first sell-out, but the first time in a few years — especially on a Sunday,” said Robert Griffin, Memphis in May director of marketing. “We sold out all three days in 2001 and 2002, but the last sellout was Saturday May 3, 2010.


“It was unfortunate we had to turn people away at the gates, but patron safety is our first concern so we didn’t want to overcrowd the park. This is why we strongly encourage people to buy their passes early. So, they’re not left standing outside the gates.”

None of the tennis players “served” — as in the sports term — at “A Serving for Tennis.” But it’s safe to say they “loved” the fare served at the restaurants that participated in the event.


The Tennis Memphis fund-raiser, held April 27th at Propcellar, featured food, wine, and beer and music by The Dantones.


About 250 attended the event, which raised $53,000 for Tennis Memphis’ National Junior Tennis and Learning programs. 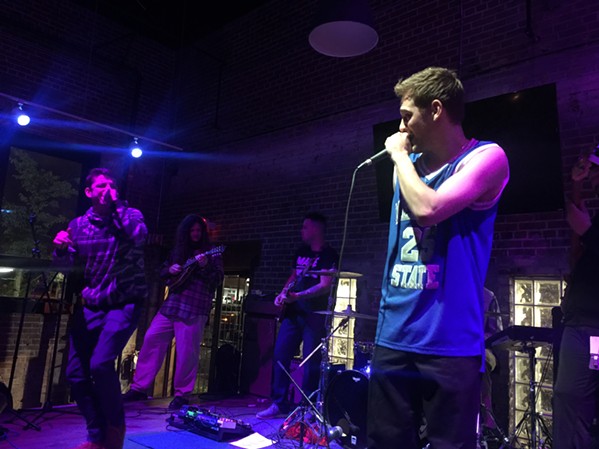 
I’ve known Alex “Lil Al” Harkavy for years, but I’d never seen him perform until a couple of weeks ago when I attended a show featuring the hip-hop duo “Lil Al” and "G. Reub (Skahill)" at Railgarten.


And not everybody has Grammy-Award winning Lawrence “Boo” Mitchell on keyboards during your set.


“A Royal Night at Railgarten” was the title of the show, which featured Royal Studios performers.


I didn’t know Harkavy had that Royal Studios connection.


“Probably about five years ago, we were doing open mike nights — kind of like jam sessions — with a band called Triple Threat run by Jack Rowell,” Harkavy says. “They were doing a weekly jam session.”


The open mikes were held at various venues, but Harkavy and Skahill performed at one at the old Double J Smokehouse off South Main.


“Boo came up to us after the show and talked to us and asked us to come in the studio,” Harkavy says. “And we did. We worked with his son, Uriah. We’ve been in the studio working with him for about four and a half years.”


Lil Al and G. Reub will perform May 25th at Railgarten and May 26th at the Hi-Tone.

“Taste of Gallery” made its debut April 28th. Guests viewed art work and then dined on a seven-course meal at two 12-foot tables made from the two-story building at 64 South Main.


“It was definitely a success,” says chef David Krog, who along with his wife, Amanda, and Gabe Velasquez, who owns the building, are partners in Gallery.


The trio joined forces to transform the 11,145-square-foot building into a “one stop shop for people contributing to Memphis’s growth,” Velasquez said.

It will include a boutique health and wellness center, which will feature a restaurant serving healthy food owned by Amanda. A penthouse restaurant owned by David is slated to open within a year.


“When David and I held hands and turned around and looked at the people and saw their smiles and saw them enjoying themselves and saw the lights in the room and everything we worked so hard for come together - that feeling, I think, is a success,” says Amanda.


“Taste of Gallery’s” mission statement says it all: “Together with local artists, carpenters, muralists, family and friends, Dave Krog has created a pop-up concept intended to take you on a journey through the senses. A culinary emprise, an artistic escapade, where everything from the works on the walls to the tables at which you sit to the meticulously plated dishes put before you, are on exhibit for your pleasure. You will see art, taste it, and feel it in every aspect of your night.”


Another “Taste of Gallery” is slated to be held June 2nd. 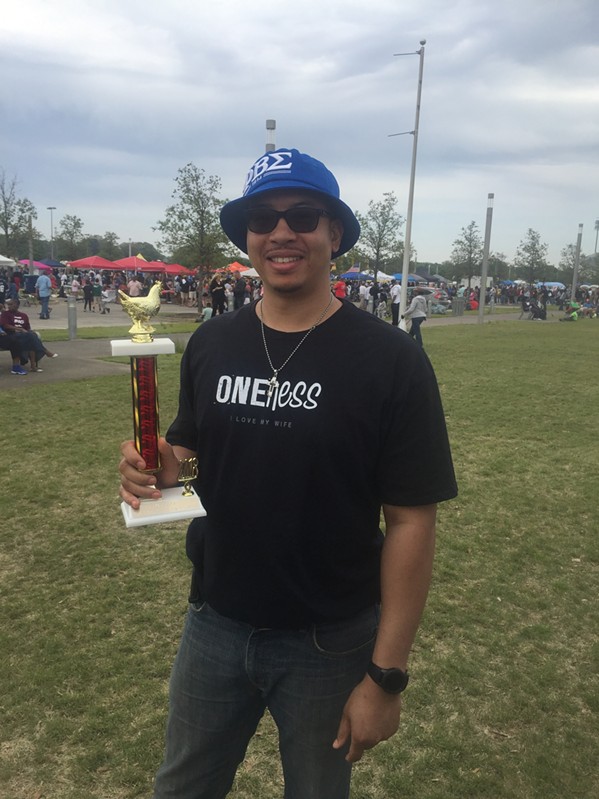 
Tarrell Ezell was the winner of the Hot Wing eating contest at the recent Southern Hot Wing Festival in Tiger Lane.


“This is the first eating contest I’ve ever been in,” Ezzell says. “I was not expecting to do this.”


So, what made him enter? “I’m always up for a challenge. I want to try something different. And I saw this and I’m like, ‘Man, let me try this.’”


Asked how he felt, Ezzell says, “Some of the weight I’ve lost has come back.”


Brett Healey, who has won several eating championships in Memphis, came in third. It was his first hot wing eating competition.


Asked what his strategy was, Healey says, “The wings were pretty tender, so for the fat wings I was trying to bite them apart, then just pull it off the bone and shove it in and just keep going as fast as I could.”


He’s not through with hot wings. “I’ll definitely be back next year. This was an awesome time.”

I love St. George’s Episcopal Church’s annual Arcade Antique, Home & Garden Show. Each year, there’s something I obsess about. This year was a bronze setter. I didn’t buy it, but I’ll be thinking about it for a long time.


The Arcade event usually is held in the fall, but this year the show was moved to the spring.


“I think they’re going to keep it in the spring,” says the show’s marketing/publicity chair Kit Decker. “They certainly are for next year.”


This year’s Arcade featured 15 antiques and home decor dealers, Decker says. “Four of them were new this year. We also had 11 artists this year. That’s something new that we added this year to the arcade.”


Slideshow MusicFest. And all the rest.

MusicFest. And all the rest.
By Michael Donahue
Click to View 190 slides