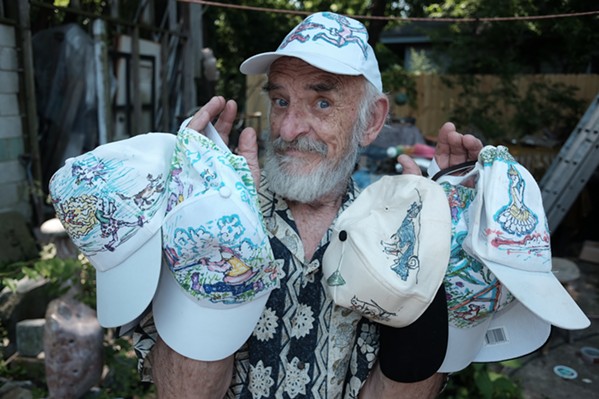 Many of John McIntire’s heavy marble sculptures can be found in museums.


Some of his recent creations could be found on your head.

McIntire has been drawing colorful pictures on caps. They’re just cheap caps he buys at dollar stores, but the whimsical artwork is fabulous. He makes them when he gets inspired and, usually, gives them away.

This all began when McIntire began drawing on a cap while waiting for some friends. “I found a Scripto pen, one of those permanent ink (pens), and I started sketching on a hat that already had something on it,” McIntire says. “I went in the house and I found some colors. And then I went to the Dollar Tree and they had more colors.”


He draws cartoon-looking people and creatures on the caps for the most part.


Describing another fishing cap, McIntire says, “This is a guy looking for the fish and he doesn’t realize he’s standing on the fish.”


One cap is an homage to the late bluesman, Furry Lewis. “This is ‘Blues in Heaven.’ This is like Furry Lewis in heaven.”


“Plants Revolt” is a “lady running out of the garden and the plants are angry. They’ve got pissed off faces. And there’s a snail.”


One he describes as “elaborately done. My take-off on Rubens. Lightning bolts and people descending into hell.”


He quickly executes his drawings, McIntire says. And, he says, “I never know when I’m going to get inspired to do another one.”


People want him to draw his pictures on other pieces of apparel, McIntire says. “They want me to do T-shirts now. I don’t want to do T-shirts. In the ’60s and ’70s I did T-shirts for Burkle’s Bakery, the Blues Foundation. They sold instantly.”


The kid refused to give it to McIntire. “He pedaled off with my shirt.”

I’ve always had a special fondness for Sleep Out Louies. One reason is because I can tell this story:


The bar/restaurant had just opened. I was working at the old Memphis Press-Scimitar — the afternoon newspaper — at the time. I just got back from lunch and I said, “I’ve just been to Sleep Out Louies.

My colleague Jill Piper said, “You fell asleep at Huey’s?”


It’s great to have Sleep Out Louies back again. I went to the opening party, which was held May 22nd at its new location in Peabody Place.


One thing I noticed was the absence of framed neckties.


I asked marketing director Molly Prather what’s up with the ties, which were a staple at Sleep Out Louies when it was on Union.


“The ties are coming back,” she says. “We had quite a few people at the grand opening give us ties they were wearing or brought back ties that were originally framed.”

They plan to hang the ties. “Tie hanging parties. A happy hour party. Give them some appetizers and stuff like that. They get to hang it up and celebrate.”

Maybe someone “won a big case or got a promotion,” Prather says. "To mark the occasion, they hang their tie on the wall.”


People visited the old Sleep Out Louies after work. “Every single day they came in for happy hour. It’s just a way for us to show our appreciation for the hard work they were doing during the day and coming in and hanging out.”


So, where are those ties? “Some of the folks who came in knew we were closing down and asked for their tie back.”


Some ties were moved to the Mesquite Chop House in Southaven, where “a lot of those ties are hanging on the wall.”


Molly said Sleep Out Louies president Preston Lamm told her they had about 200 ties at the old Sleep Out Louies. They belonged to “a lot of stakeholders downtown who had a passion and love for the city. They were all on a mission to bring downtown back to respectability. And it wasn’t always just ties. Ladies had scarves. Some folks brought in a pen that maybe they used to close a big deal.”


A quote on the wall where new and old ties will be hung reads, “One day, I shucked off my tie, kicked off my wing-tips and quit. I’d rather sleep out in the cold than work another day like this.”


Sleep Out Louies is a place where people can “come in, loosen their ties, enjoy a cocktail and some oysters and just shrug off the stresses of the day,” Prather said.


So far, the “new ties” at Sleep Out Louies are from Bernard Lansky, Jim Norwell, Jim Beck, Rico Jackson, and Aubrey Howard.


“Tie one on” has a new meaning at Sleep Out Louies.

I again got to be a judge again at the Memphis Italian Festival. I look forward to this each year. I remember judging spaghetti sauce back when the festival first began. It might have been the very first one. The judges sat in the cafeteria, as I recall, and they brought us cups of spaghetti.


The judges now gather in a tent on the grounds on the final morning of the festival. We’re read the rules of judging. This year, the roster of judges included noted Memphians, including Ron Childers, Kevin Kane, Dave Woloshin, and Brother Chris Englert from Christian Brothers High School.


Each judge was given the names of three booths to visit. Everyone I encountered at the booths were very gracious. They served a bowl of spaghetti gravy to me. A couple of the booths also served meatballs. I asked for seconds at each booth, which meant I ate six bowls of spaghetti gravy by 1 p.m. that day.


I returned to the judge’s tent, turned in my sheet with the scores and then I drove home and drank club soda. 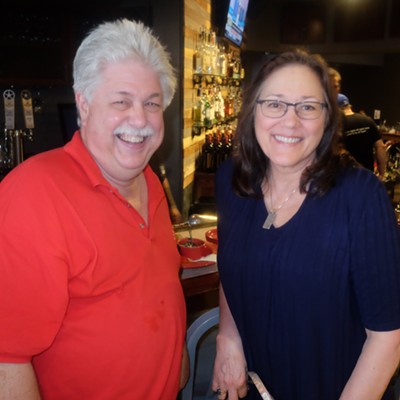 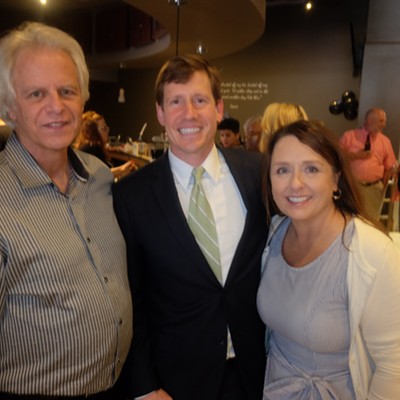