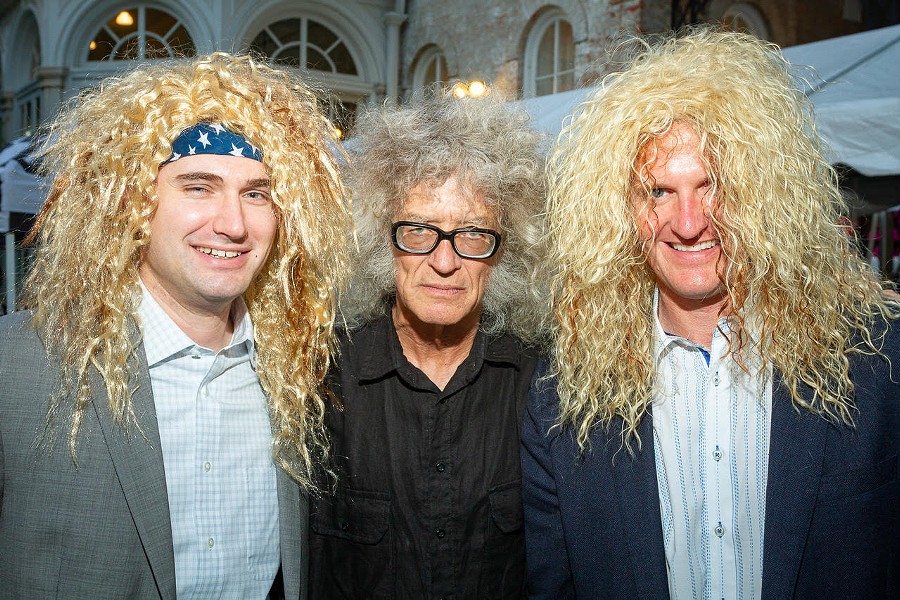 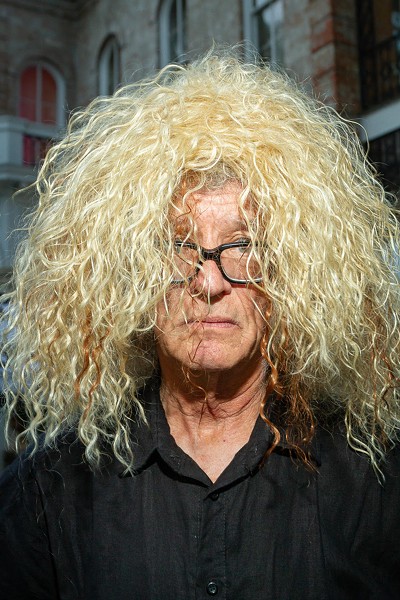 I love the Big Wig Ball because most of the guests look like me. They have big hair. Which could be a good thing or a bad thing depending on whether I want to be the only hirsute one standing out in the crowd. This bunch had shocking pink, vibrant blue and golden yellow locks, which, unlike me, they can simply slip off when the event is over.

Asked what makes the Big Wig Ball stand out as a party, Chapman says it’s fun to dress up at “your typical cocktail or formal party,” but at the Big Wig Ball, guests “can pick the craziest wig they want to.”

The Big Wig Ball has the “formal aspect to it, but then you mix in the wig and it makes it a little bit crazier.”

Bumpus South Main Harley-Davidson held its first Bike Night Pre-Party June 27 at The Grotto, the space between the store at 525 South Main Street and Earnestine & Hazel’s.

Complimentary hot dogs and hamburgers hot off the grill and ice-cold beverages were served to guests who stopped by the store.


The store opened in May, says general manager Mike Marchky. They’re going to do the cookout pre-parties each Wednesday “throughout the riding season,” which is Sept. 26.


The store, which opened in May, sells men’s and women’s clothing, collectibles and gifts, but no Harley-Davidson motorcycles. But, Mike says, “If we’ve got somebody who wants to buy them, we’ll send them out to our store on Whitten Road in Collierville.”


The store will be serving complimentary beer and wine during Trolley Night on June 29. And, he said, “15 percent off select Harley-Davidson merch.”

No one won the million dollar first prize at this year’s St, Louis Church Hole-in-One Summer Festival, which was held Father’s Day June 17 through June 23.

And no one won the car.


“But we had several people that won hole in ones,” says Joe Evangelisti, publicity chair with the St. Louis Church Men’s Club, which presents the annual event.

They got a trip to the prize room when they made shots closest to the hole, Evangelisti says. “Lots of people made trips to the prize room every night. If you were in the one foot, three foot or five foot circle, you were eligible for prizes.”


Qualifying golfers participated in a shoot out for a car and the million dollar shootout.


The St. Louis Men’s Club Culinary Institute was again on hand with its famous barbecued pork and barbecued bologna sandwiches.

Cowboy boots, cowboy hats and jeans were more-than-acceptable attire at Feast on the Farm, which was held June 23 at Agricenter International.


The event, which was promoted as “country chic,” featured tastings from area food establishments.


All proceeds from the event supported Agricenter International, which is a non-profit dedicated to agricultural research, education and conservation.