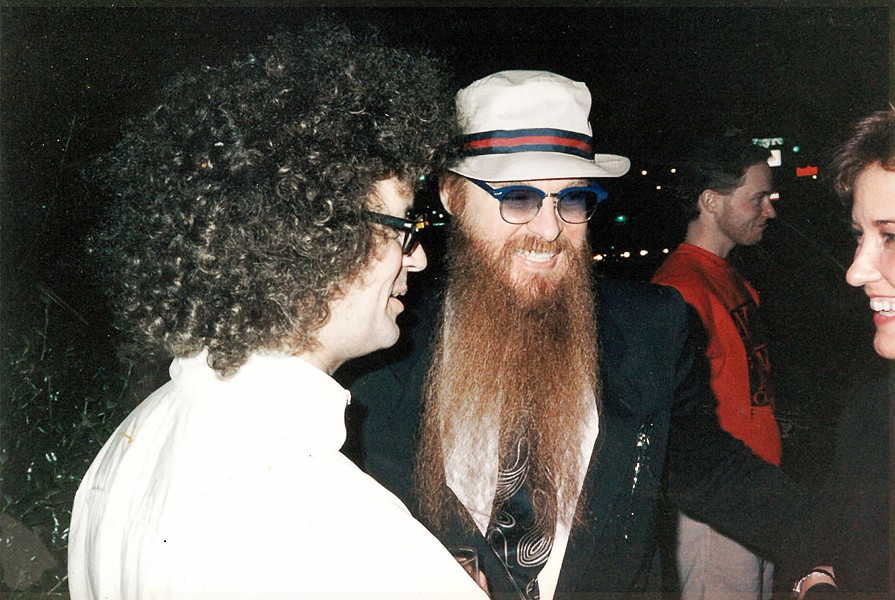 This week, I’m writing about one of my favorite Christmas memories. It’s the party my friend Peggy Burch and I hosted for a decade or so between the late 1970s and the late ’80s in my old Midtown apartment on Poplar at Avalon.

Each year I roasted three or four country hams and Peggy roasted several turkeys. Guests brought side items. One year, I made pumpkin pies from scratch.


Guests brought their own drinks. The first printed invitation for December 15, 1979 read “BYOB,” but Peggy decided she didn’t want to use that term. She came up with “Bring What You Would Like to Drink” for the next party. We used the same invitation wording each year.


I didn’t want to use plastic cups, so I bought cases of highball glasses, which we used from year to year.


The party always was held on the second Saturday before before Christmas. Each year, I bought the newest Red Hot Chili Peppers and Ashford & Simpson 33 rpm albums, which I played on my stereo. I periodically interrupted the recorded music and I played carols for sing-a-longs at the grand piano.

Our party began at 8 p.m. and usually lasted into the wee hours.


The main decoration was a gigantic live Christmas tree. I always had to cut off the top of the wide Fraser or Douglas fir tree because I always bought them too tall. They looked like they were growing through the ceiling.


The first year, my next door neighbor - a medical student - co-hosted the party with us. She made a total of 12 canapes as her offering for guests. She didn’t have a clue what the party was going to be like.

The “gathering” resembled the party scene from the movie, Breakfast at Tiffany’s, with people everywhere. About 700 people or so showed up each year. People crowded into my second story apartment, which had a big living room and dining room, two bedrooms - and one bathroom. People lined the hall stairs and waited for guests to leave the party so they could get in.


Strangers I invited at Huey’s Midtown or other watering holes usually showed up. And, of course, they were supposed to bring their friends and on and on.


It was noisy with people shouting so they could be heard over the other guests and the high decibel levels of the Peppers and Ashford & Simpson. People danced, screamed, and drank.


Each year, I watched as my apartment was destroyed before my eyes. I remember seeing a guest knock over an end table, which resulted in a glass of wine tipping over and streaming purple liquid down a white wall.


One year I saw my mother walking amidst the throng picking up an empty can here and there in a futile attempt to help clean up.


Lots of stories are connected with that party. Jill Johnson Piper and John Beifuss helped host the event one year. Jill, who brought a large cheese ball, asked me during the party where it was. She said she put it in a bag at the top of the back stairs. We finally found it way across the parking lot by the garbage cans. Guests who entered the party from the rear inadvertently kicked the cheese ball down the stairs and into the garbage area.


One year, I found cigarettes smashed into one of the pumpkin pies. Someone thought it was an earthenware ashtray.


Another time, a team of athletes from overseas was staying across Poplar. They saw the action going on and showed up. One of the guys picked up a whole turkey and began eating it. The next morning, we found a turkey carcass in the front yard.


I went to bed at 3:30 a.m. one year. The apartment still was jam packed. The next morning I woke up with a hangover to a freezing apartment. I walked in the living room, which, as usual, was a disaster with glasses, cups, bottles, cans, napkins, paper plates, plastic forks, and cigarette butts everywhere. Not a soul anywhere. All the front windows were wide open. A handwritten note on the stereo read, “I turned off the Christmas tree lights.”

Musicians who appeared that weekend before Christmas at the nearby Antenna club attended.


The party came to an end after I bought a house and moved out of my beloved apartment, where I lived for 16 years.

Probably the worst memory from “A Christmas Party” occurred one year after everyone had gone home. I walked in the bathroom. Something about the bathtub caught my eye. I looked and I saw footprints in the tub. Facing the drain. 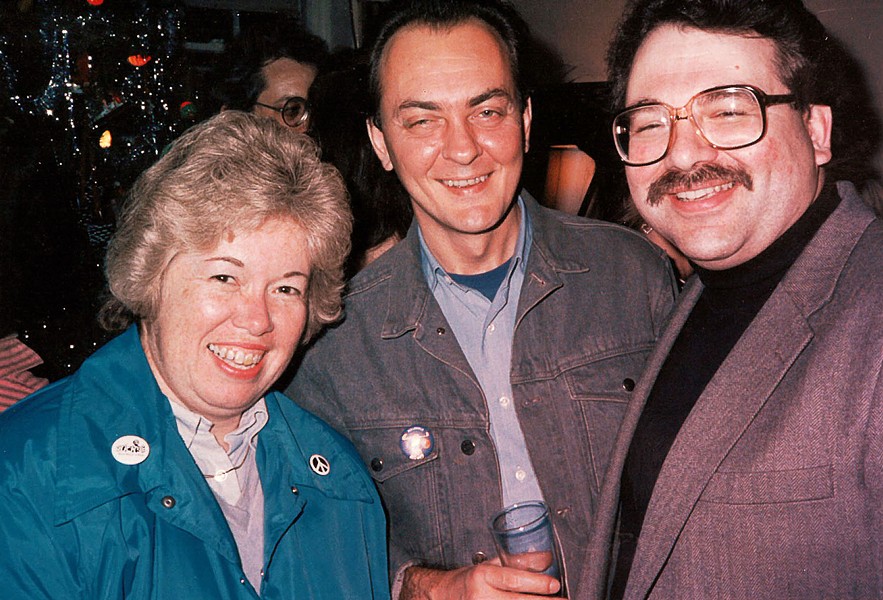