I sampled everything from smoked tomato basil with charred kale soup from Hog Wild/A Moveable Feast to cheeseburger soup from Rizzo’s at Youth Villages Soup Sunday.


You could even get “stone soup” at the Stone Soup booth.

This is the annual event, where restaurants and other food services serve samples of soup, bread, and desserts to hundreds of hungry guests,

The event also included the VIP Souper party, where guests didn’t have to stand in a soup line.

Not only was Rizzo's chef/owner Michael Patrick the recipient of the Souper Spirit Award, but Rizzo's cheeseburger soup took the best soup award upstairs at the VIP party.

The black bean with sweet potato and chorizo soup from the "Food With Class" Youth Villages vocational program at the Bartlett residential facility won Best Overall at the VIP party.


During Soup Sunday, a friend showed me an old photo she found of me with extremely dark brown hair, Nick Vergos, and his dad, Charlie Vergos, founder of the legendary Rendezvous restaurant. Judging by Nick’s cap and a sticker that says “Zoo,” we must have been at an early Zoo Rendezvous. Maybe the first one. I believe Rendezvous provided all the food that year, hence the event’s name.


Rendezvous doesn’t participate every year, but Youth Villages CEO Patrick Lawler says it has in the past. He remembers when they served barbecued popcorn.

Rendezvous has a history of being involved in charitable events in Memphis. “My brother and Thomas Boggs started Zoo Rendezvous,” John says. “It used to be called ‘Rendezvous at the Zoo.’ We still participate.”


Charlie Vergos also started “Rendezvous at the Dixon.” “We also help with the Metal Museum. We feed all the employees when they do Repair Days. Still do that.”


“We don’t give to the charities that raise millions and millions of dollars. We like to be involved at the beginning and help start things.”


And, John says, they like to be involved with something where they “can feed 500 or 1,000 people and make a real impact.” Guests — some wrapped in blankets — stood outside in 40-something degree weather and watched men wearing shorts play rugby at the Memphis Blues rugby team’s season opener, which was held February 16th at McBride Field.


Tucker McCormack, one of the guests, also wore shorts. A friend of his says she was surprised he wasn’t barefooted.

In addition to missing his long pants, McCormack also missed his beard and mustache, which would have come in handy on a cold day.


And, he says, “I shaved today and it was a huge mistake.”


Those who attended got into the action on the field. “This is organized violence,” says bystander Devon Carter.


But those big guys on the field also have big hearts. Players raised money and provided rugby gear to the Soulsville Girls Rugby Team.


“We did an angel tree type of donation,” says Memphis Blues player Rob Reetz. “We raised over $500 in donations from current and ex-players. Sent out a notice to all local high school programs and only one school responded - the Soulsville Girls Rugby Team.


Each member of the team “gave us a ‘wish list’ of rugby gear that they wanted or needed. And we raised enough money to get the girls everything on their lists. We bought new Adidas cleats, rugby shorts, socks, compression shorts, USA rugby jerseys, new rugby balls, and kicking tees.” 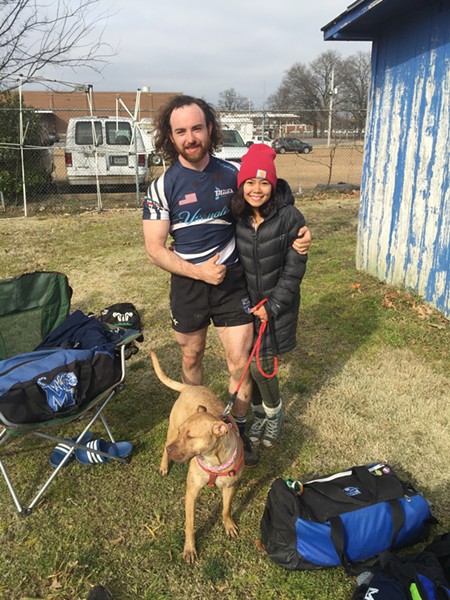 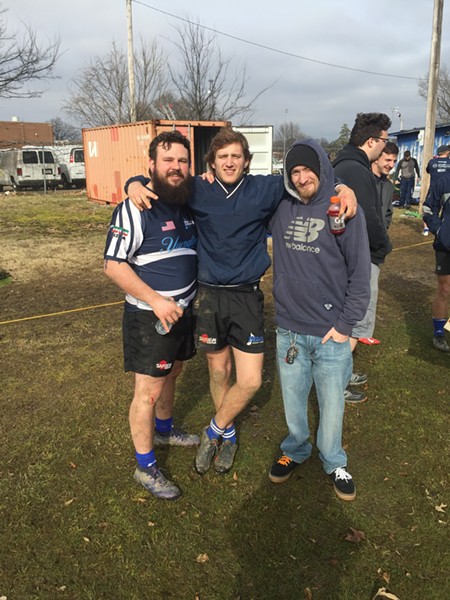 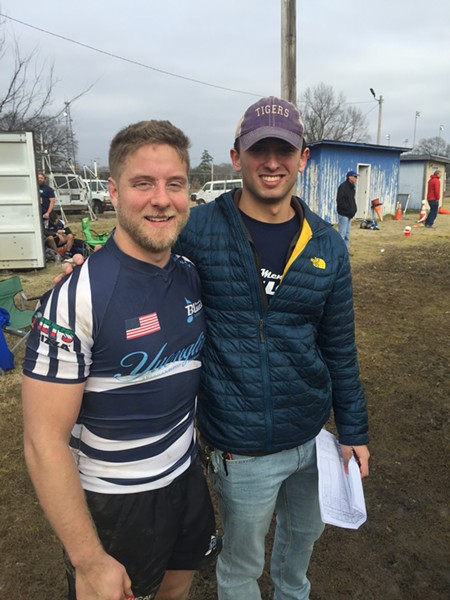 Southern Reins says it’s time to start thinking about “Big hats, Bourbon, Bluegrass.” That’s what its annual event, “Jockeys & Juleps” will feature along with a live broadcast of the 2019 Kentucky Derby.


The announcement with details of this year’s party was at a kickoff party, which was held February 21st at the home of Kim Jordan.


Jockeys & Juleps will be held May 4th at Southern Reins at 916 Billy Bryant Road in Collierville. It will include live music, a bourbon bar, a hat contest, Southern cuisine, Derby desserts, and silent and live auctions.


Proceeds from the event will help provide equine-assisted activities and therapies to people with disabilities and hardship throughout the Mid-South. 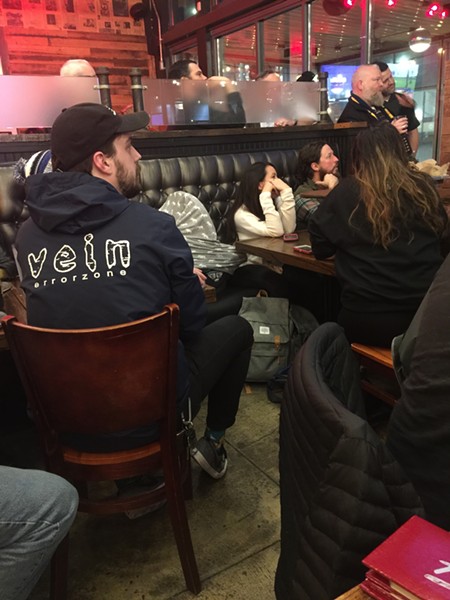