Alex “Mac” Fairly was top banana when it came to meatballs at Grandma’s Heavenly Meatball Eating Contest at the Breakaway Bardog 5K and Monroe Avenue Festival.


He was declared the winner after eating 31 two-ounce meatballs in 40 minutes and seven seconds at the festival, which was held August 18th in front of Bardog Tavern.

I asked Fairly what his trick was to winning the contest.


Fairly is a veteran at the annual contest. “This is my third time. I finished third my first time in 2016 and second in 2017. And then here I am in Victory Lane.”


Healey didn’t participate this year for two reasons. “August has been a busy month for me with eating contests and food challenges, so I need to give my body a break to maintain my health. Also, since I signed with Major League Eating in May, I am not supposed to participate in any contests that are not sanctioned by the league. Since going semi-pro in May, League Eating has ranked me No. 215 in the world.”


Just so you’ll know what type contests Healey has been participating in, he says he competed in a Nathan’s hot dog eating contest regional qualifier for the Nathan’s Finals in Coney Island. “I set a new personal record with 32 hot dogs and buns in 10 minutes to win the regional qualifier and secure a spot at Coney Island next July 4th, 2020. That contest will be televised on ESPN and will take place seven days after my wedding.”


Healey is engaged to Gina Picerno. If they do a conventional wedding reception, Healey won’t have to use his hands when it comes to eating wedding cake; the bride usually feeds a piece of cake to the groom. 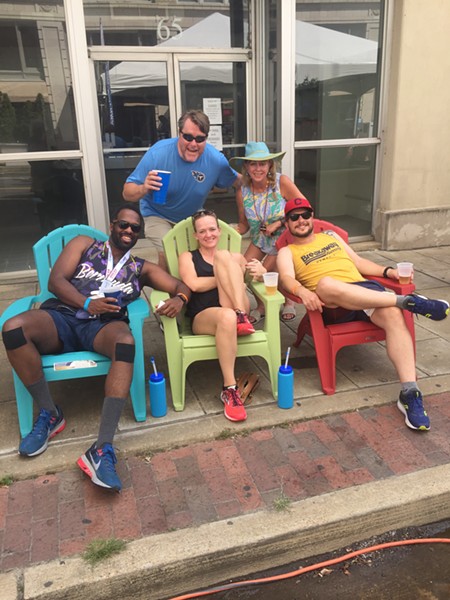 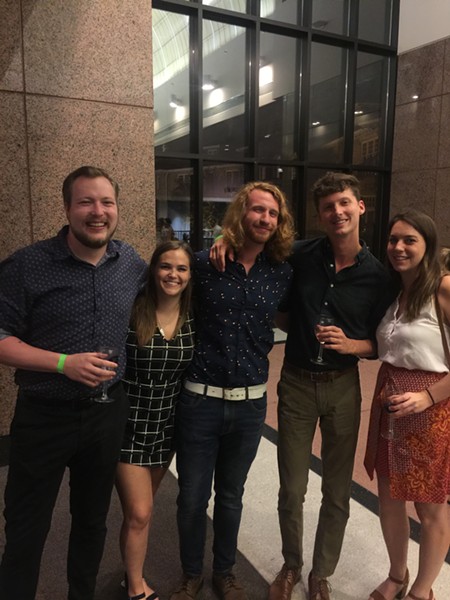 
Including staff and volunteers, 750 people attended the event, says Luke Ramsey, who put on the event with John Mullikin and Alex Eilers. They raised more than $30,000.


More than 120 varieties of wine were featured at the event, which is “first and foremost a fundraiser” for the museum’s education department, Ramsey says. All the wine was brought by West Tennessee Crown. “All under one distribution umbrella. It’s their fifth year in a row with us.”


What’s the purpose of Science of Wine? “We’re hoping to connect people directly with the creators of wines and foods, so they can learn a little more about the science behind that. We don’t want to just have wines that they can sample and see what they like and don’t like.”


They also want actual vintners who can answer questions such as why a wine is packaged a certain way, Ramsey says. “There are just so many facets that go into wine from ingredients to packaging. And that does affect the taste.”


And a shout out goes to sponsor Bluff City Land Rover. They provided all the glasses. 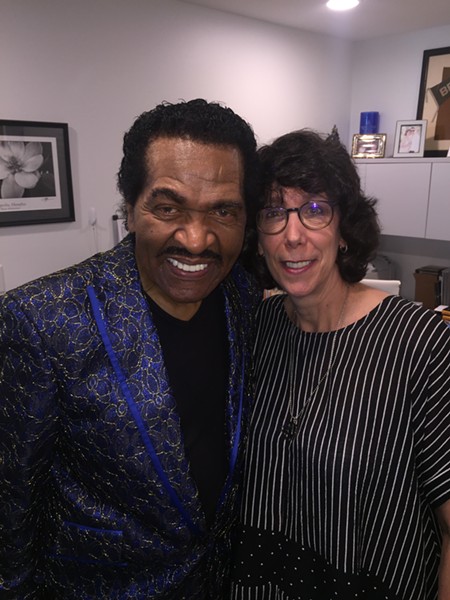 The Blues Foundation hosted a special 75th CD party for Bobby Rush August 16th at the foundation on South Main.


Rush chatted with the crowd and then he played selections from his album, Sitting on Top of the Blues.


“Bobby Rush is a blues treasure,” says Blues Foundation president/CEO Barbara Newman. “Because of his position as a Blues Hall of Famer, we at the Blues Foundation wanted to celebrate his newest release with him and with Memphis.


“It was a wonderful evening for blues lovers and those who want to learn more about the blues to hear some great music and meet Bobby in person. Ultimately, we created the opportunity for the community to come together to celebrate this important musical art form, the blues.”

Up on the Roof by the Drifters is a good song to remember when you attend Peabody Rooftop Parties:


“Right smack dab in the middle of town


And if this world starts getting you down


There’s room enough for two up on the roof.”


The Peabody is sort of right smack dab in the middle of Downtown. And there certainly is room enough for two.


The roof was packed during the recent Rooftop Party, which was held August 15th. “About 1,000 is average, but we did 1,235 last week,” says Peabody marketing director Kelly Brock. “The band was Burning Las Vegas and the DJ was DJ Epic.”


The parties will return in mid April, Kelly says. 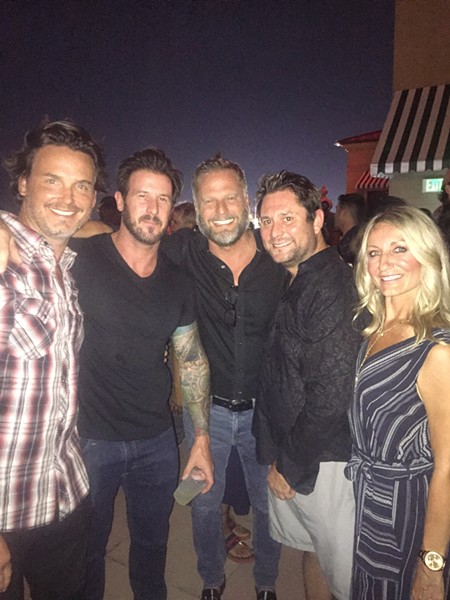 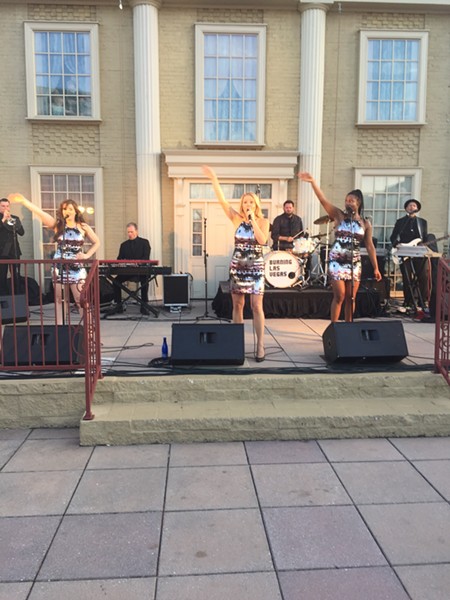 Darlene Winters is excited about “Stepping Out at Napa Cafe,” her first dinner/fundraiser for Company d. The event, which was held August 12th, also included a performance by the dance company.


The purpose of the event was “to build support for and increase awareness of a pre-professional dance company of adult dancers with Down Syndrome,” says Winters, who is the company's artistic director.


She described the event as “a total success.”


“So many of those who attended did not know about Company d — or very little,” she says. “Having the event at Napa Cafe was a perfect setting to talk one on one with new people or stop by a table.”


The event also was “a wonderful way to share and increase awareness of the dancers’ abilities. The short program was perfect to highlight the dancers.” 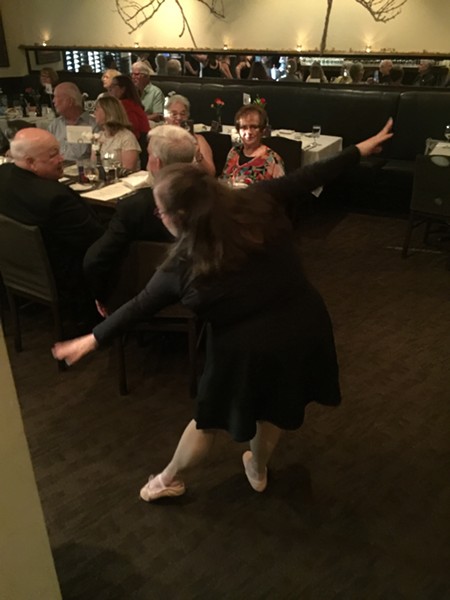 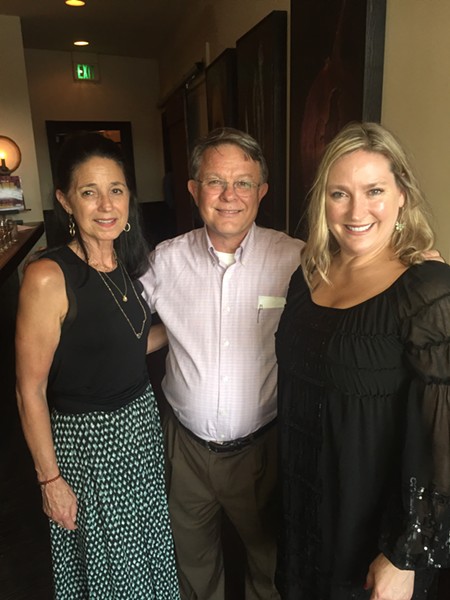