A tribute to the late Nick Vergos, an owner of the Rendezvous restaurant, was part of the restaurant’s serving station at the 36th Zoo Rendezvous, which was held September 7th. Vergos died two days before the event.

The Rendezvous is “an integral part of the event,” says Tim Dalfiume, Memphis Zoo director of events.

“They used to do ribs and smoke them on sight,” he says. “Now, they do skewers of pickled sausage and cheese.”


The Rendezvous and Huey’s, another Zoo Rendezvous mainstay, are “very iconic to the event.”

It was so hot at Dixon Gallery and Gardens’s Art on the Rocks, the event almost could have been called “Art on Fire.” But Art on Fire is another Dixon fundraiser. It’s going to be held October 19th.


About 1,000 attended Art on the Rocks, which was held September 6th, says Kristen Rambo with Dixon. “Some even in the celebrated color for the year - purple - and had a beautiful night at the Dixon," she says. "We are pleased with how well everyone has embraced this new take on a beloved event.”


“This year was a record breaker for fun. Attendance was great, but no records were broken.”


And, Rambo says, “The money we raise for this event goes towards programming for all ages. The new friends we make at this event is also of great value.”

Those who took part in New Memphis’ Exposure, got a lot of exposure.


“This year we had 203 plus organizations, 900 plus volunteer hours pledged, and 5,725 plus connections made between organizations and attendees,” says New Memphis event specialist Nora Bisaccio. “These are all record-breaking numbers.”


Exposure, she says, “is an event that celebrates all things Memphis and helps Memphians turn their love of the city into action.”


Cameron Mann, carrying a bag of brochures, says, “I call this adult trick or treating.”


His bag was “full of Memphis goodness.”

The bag was “totally full,” Mann says. And he’d only been at Exposure 30 minutes.

Guests at the Les Passees Stock Exchange preview party, which was held September 5th, were able to buy antiques, home furnishings, and other items before the consignment shop opened the next day.


This year, Stock Exchange is at 888 White Station Road next to Bed, Bath & Beyond.

Between now and November 3rd, people can shop for items on consignment. Consignments will be taken until October 25th.


Les Passees president Kathy Sapp discovered this year’s location, which was donated by Belz Enterprises. “Ron Belz has been so gracious to us.”


And, she says, “I cannot begin to tell you how blessed I feel that we are in that location. That location has made all the difference in the world. I guess because it’s so accessible. Everybody comes in that part of town at some point. It’s easy to pop in and out whether dropping kids at school or going to the beauty shop, or having their nails done. It’s made it easy for lunch hour, too. Lunch hours we’re slammed.”


What is Les Passees? “Our mission is to help children and their families in our community. We support local charities: Les Passees Kids on the Block, which is a puppet troupe that does a Japanese theater form of puppetry - bunraku. The other one is the Harwood Center for children with disabilities.” 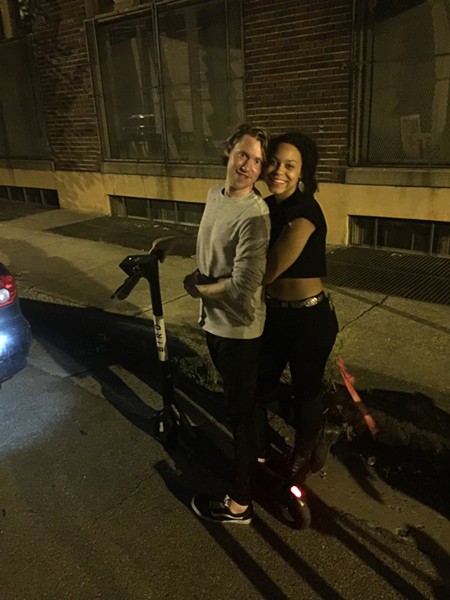