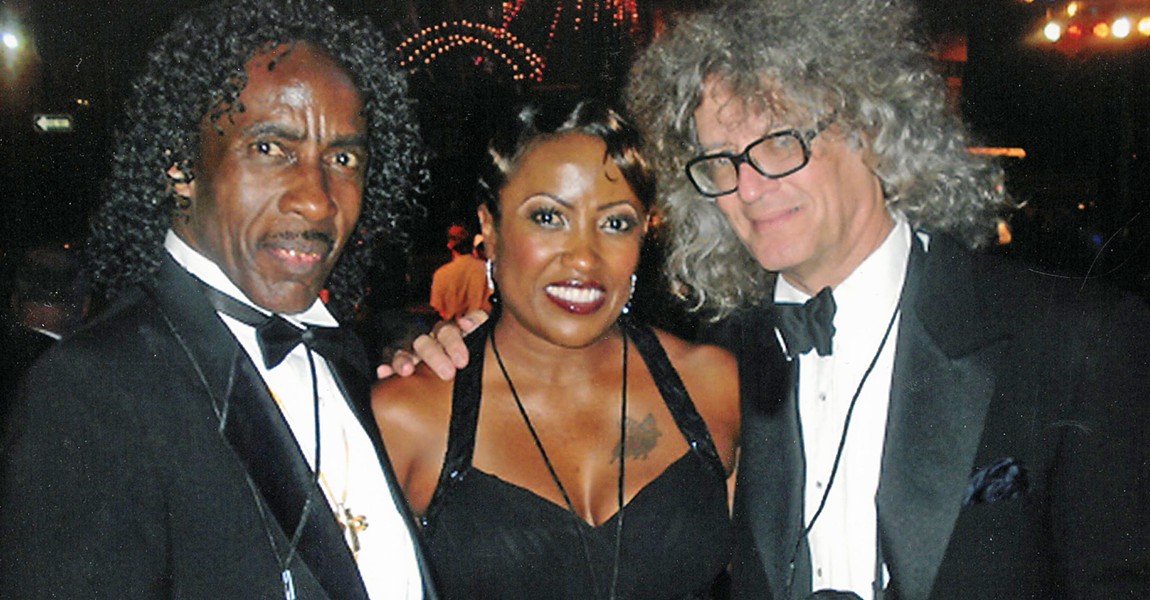 As far as I know, I was the first reporter to do a story on Raiford’s Hollywood Disco, the nightspot owned by the late Robert Raiford. This was when the club was on Vance near Main.


Raiford’s Hollywood Disco was a mini discotheque, complete with smoke machine and disco ball. Guests drank beer from “40s” (40-ounce bottles) and danced on a smallish dance floor. The flamboyant Raiford was the deejay and changed outfits many times during the evening. He loved to laugh.

I remember taking Jack and Marilyn Belz to Raiford’s Hollywood Disco one night after a party at Belz’s hotel, The Peabody. They didn’t stay long, but they had a blast.


Paula Raiford, Robert’s daughter, opened Paula & Raiford’s at 14 South Second in April, 2009. It’s a bigger version of Raiford’s Hollywood Disco They’ve got the smoke, the music, a bigger (I think) dance floor, a disco ball, the 40s, and much more. For years, Robert Raiford was the deejay.


Raiford was deejay and honored at the Blues Ball.  I remember when he was the deejay at the over-the-top-fun barbecue team Cadillac Grillz at the Memphis in May World Championship Barbecue Cooking Contest.

The magic of the Raiford family continues.


So, what is it about Paula & Raiford’s that makes it so special? “I think it’s just a genuine place that people just love,” Paula says. “My family and I have dedicated so much to it. Just giving back to people. They can enjoy themselves, let their hair hang down, and leave their worries at the door.”

And, she says, “My dad’s spirit is in here. Whether day or night his spirit enters people’s bodies when they step in.”


A supply man who was at the club that day told her, “I feel the energy in here,” Paula says. “And nobody is here.”


What was special about her dad? “He just loved the world. He put no ‘little you big me’ in his life. He treated everybody equal. It made him glow.”


When strangers saw her dad at the grocery story, they said, “You are somebody.” They wanted to know, ‘Who are you?’”


For some background on Robert Raiford, here’s a link to an award-winning Memphis Magazine story on the Memphis legend written by Memphis Flyer managing editor Shara Clark in 2016. 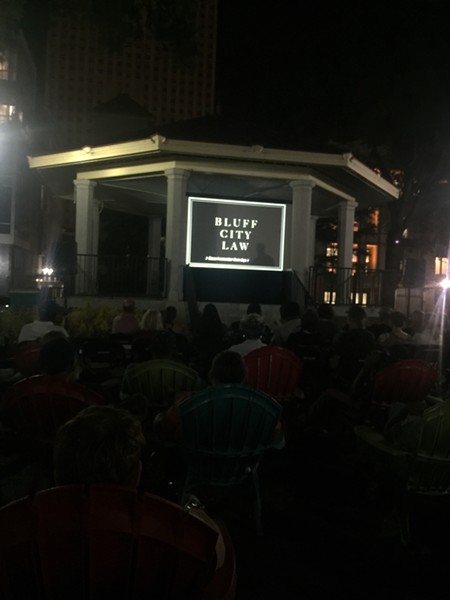 Other reporters at The Flyer covered events surrounding the filming of the TV series in Memphis, so I’ve been out of the loop. And I haven’t seen Jimmy Smits anywhere. But I watched the first episode at the “Unofficial Official Downtown Bluff City Watch Party,” which was held Sept. 23rd in Court Square. I loved the show. And not just the scenes of Memphis. The plot and the characters were captivating.

I had so much fun I wish they’d show every episode each week on a big screen outdoors in Court Square - at least on the good nights this Fall. I’m serious. I loved the diversity at the event. Everybody looked like they were having a good time. Some people brought chairs. Lots of people sat on the Hebe fountain ledge. One couple brought brownies and other goodies along with wine. There were food trucks, too. And I loved the way people clapped when they saw shots of Memphis, including Rum Boogie Cafe and The Four Way Soul Food Restaurant.


Kontji Anthony and Joe Birch from WMC-TV were the hosts along with Jayne Atkinson, who plays “Della Robinson” on “Bluff City Law.” The event was presented by the Downtown Memphis Commission with support from Rachel’s Salon and Spa in Court Square and Walking Pants and Curiosities on South Main.

Actually, it was Atkinson’s idea to hold the event, says Penelope Huston, Downtown Memphis Commission vice-president marketing, communications, and events. Atkinson, who is a client of Rachel’s Salon, talked to salon owner Paige Garland. “Jayne Atkinson mentioned to Paige that she wished there could be some way we could do a public showing,” Huston says. “Paige called me and said, ‘What do you think?’ I said, ‘Yes.’”


About 1,000 people attended, Huston estimates. The event was “the most diverse - both race and age - from all over the city. It wasn’t just downtown. It was a beautiful mix of what Memphis really looks like. I was blown away. I love how Memphis shows up.” 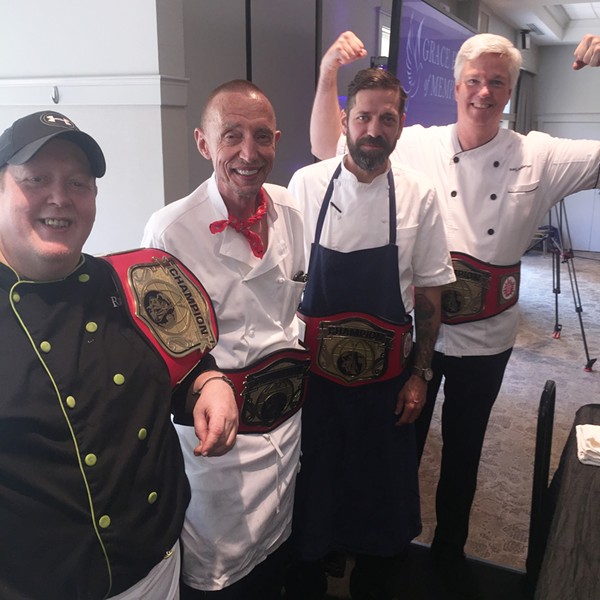 I was a “tester,” but I wasn’t sure what to expect from the Great Memphis Food Fight fundraiser for Grace House, which was held Sept. 19th at Memphis Botanic Garden. Were the chefs going to throw food at each other high school cafeteria style?


Instead, celebrity chefs Erling Jensen of Erling Jensen: The Restaurant, Michael Patrick of Rizzo's Diner, and David Krog from the upcoming Dory restaurant, prepared a dish. The preparation and final product were shown to the audience and the taste testers on big screens. When they finished, the tasters tried the respective dishes first. Then the guests lined up and ate the same thing buffet style.


A total of 250 people attended and $38,600 was raised, says Sherry Gardner, vice chair of the Grace House board.


Grace House, a drug addiction treatment center in Memphis, was founded in 1976.


The event, which was held Sept. 15th at Anshei Sphard-Beth El Emeth Synagogue, celebrated its 31st anniversary. I’ve been a judge at this event for many years. I think I’ve judged all categories, including brisket, ribs, and chicken and beans. I was a ribs judge this year. I think I tried nine entries. 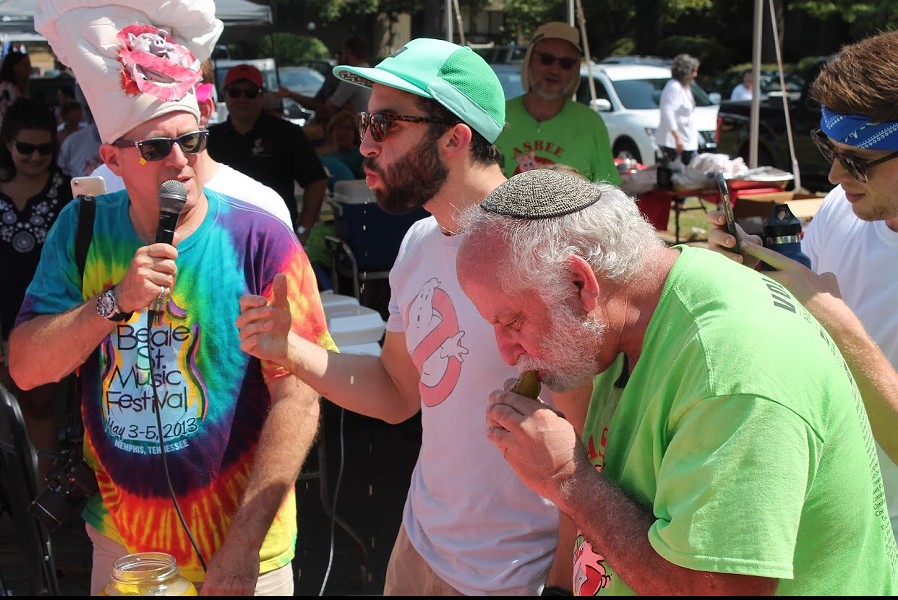 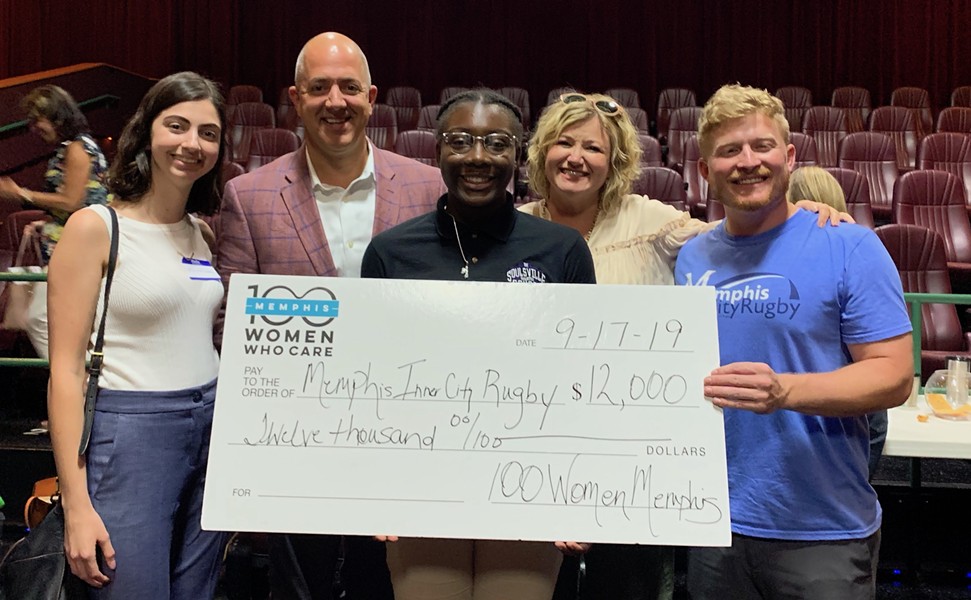 Memphis Inner City Rugby was the 100 Women Who Care winning non-profit “after giving a very compelling presentation,” says board member Madelyn Gray. The winner was announced at a meeting, which was held Sept. 17th at Malco Forest Hill Cinema Grill in Germantown.


Members of 100 Women Who Care heard from three local non-profits about their mission and what they’re trying to do to help better the community. Members then voted on which non-profit best deserves the money. All members wrote a check directly to the chosen non-profit. 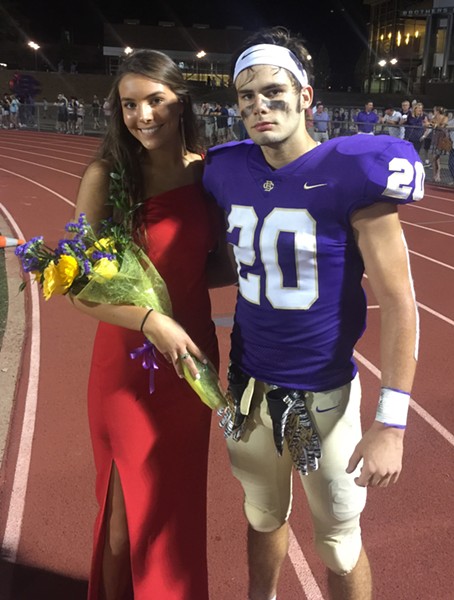 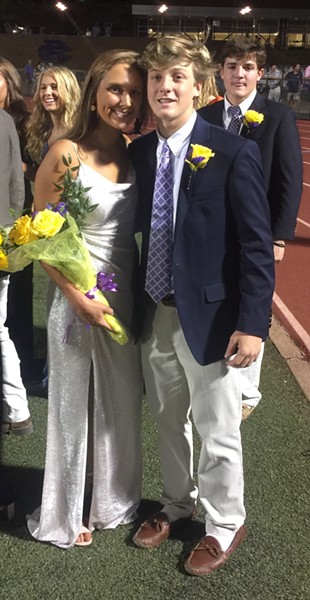 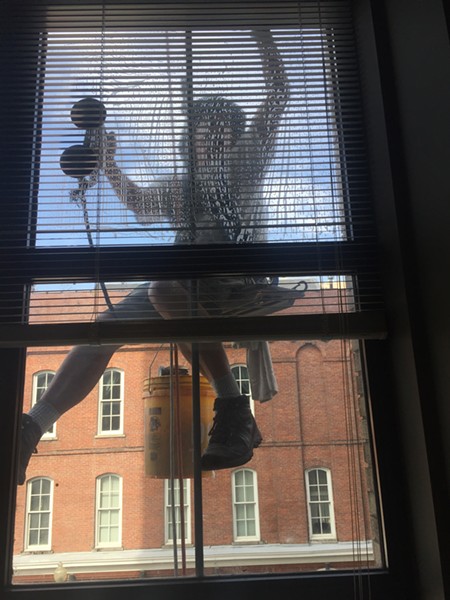