The Antenna and I. Plus Chuck Hutton's 100th, Ave Maria.

It’s “The Antenna,” not “The Antenna Club” or “Antenna Club,” says the club's long-time owner Steve McGehee. The historical marker, installed October 5th in front of the building at 1588 Madison that once housed the club, says "The Antenna." The sign is a great honor and tribute to the legendary punk club.


When I told McGehee I recently went by and took a photo of the marker, he asked, “Was it spray painted yet? ‘Steve sucks’?”

The Antenna stood for “the antenna to new music,” the club’s slogan, McGehee says.


I began writing about The Antenna before I stepped foot inside. It was in 1981, right after the “new wave club” opened. I wanted to write about it after I saw McGehee and his then girlfriend, the late Melody Danielson. Enter the Memphis Press-Scimitar, the afternoon paper, with a news release about a band that was going to play there. McGehee was wearing skinny jeans, a Western shirt, and he had spiked hair. Danielson had a purple streak in her dark hair. They looked so cool. I wanted them to be my friends.


They’d been delivering their news releases to the same reporter, but I wanted to be their contact. So, I asked the other reporter if I could start handling their press releases. He agreed, and that led to an almost 40-year friendship with McGehee - and many articles with my byline about bands that played at The Antenna, as well as many nights spent at the club.


Among the early Press-Scimitar stories were articles based off my phone interviews with bands. Most of them were from Georgia. I think I interviewed Pylon, Love Tractor, and Drivin’ and Cryin’, to name a few.


I remember interviewing Michael Stipe, who fronted a new band called R.E.M. I also got to sit at the bar and talk to Stipe the night they played The Antenna. That also was the night (probably not the only night) McGehee told everyone in the bar to sit down someplace because the police were going to come in and shut everything down if everybody wasn’t sitting down. I remember two or three people sitting on the same bar stool.


I also interviewed the Circle Jerks. I asked whatever band member I was interviewing what “Circle Jerks” meant. He told me to look it up in a slang dictionary. Like any good reporter, I called LINK (an information service that preceded Google) at the Memphis Public Library and I asked the man who answered the phone to tell me what “circle jerks” meant. In an embarrassed voice, he said he didn’t have a slang dictionary, but he told me the definition. You can look up the meaning on your phone.


I continued to write about The Antenna after the Press-Scimitar folded and I moved over to The Commercial Appeal. I interviewed Anthony Kiedis from my favorite band, Red Hot Chili Peppers, in the late ‘80s. I then got to see them play live at Antenna.


“You covered me without a doubt more than anybody. Period. Done,” McGehee tells me.


I remember the night Henry Rollins’s band, Black Flag, played, but I don’t remember seeing the group on stage. A Midtown bar, which opened the same night, was giving away free drinks. Many scotch and waters later, I walked down the street to The Antenna. I don’t remember anything else. The next morning I woke up in bed. Still wearing my big down-filled jacket.


I let a band from Hollywood, The Flys, crash one afternoon at my apartment at 1590 Poplar at Avalon. I remember them being polite.


White Animals, a band from Nashville, was one of our favorite groups that played The Antenna. The music and energetic performances were so great. We danced to their music jumping up and down in place.


I don’t think I ever saw The Antenna in the day time. It was always at night. When I conjure up what it looked like, I think of the front door on the South side that lead to Anger Head, the doorman, who took your money. The bar was on the West side. The bathrooms were on the North and West sides. The stage was on the East side. Lots of TVs attached to the walls played music videos. The color scheme was gray, as I recall.


I still have my Antenna pin bearing the club’s logo - a 1950’s style TV set with “Antenna” across it - designed by David Fisher. I don’t know if I ever wore it, but I’m mighty proud to own it.

A Chuck Hutton auto dealership slogan from back in the day was “Drive a bargain. Drive a Hutton.” A total of 611 people didn’t have to worry about driving anything during Chuck Hutton’s bash, which was held October 4th at the Memphis Zoo. Guests jumped in two trams and two buses and were shuttled from the parking lot to the Northwest Passage to Zambezi to the pavilion and back to the parking lot for food, drink, and entertainment.

The jam-packed Zoo event was the kick-off to a weekend of events celebrating Chuck Hutton Company’s 100 years of doing business in the Memphis area. The party at the Zoo was for friends, family, employees, business associates, and community leaders.


“I called it a ‘progressive party’ because you went from one location to the next location,” says Memphis Zoo director of events Tim Dalfiume. “ Every time the party got bigger, better, and more fun.”


He described the party as “one of the largest’ private parties at the Zoo.


The Hutton party was booked two years ago, Dalfiume says. He and Betsy McKay with Salt Style & Events planned it.


They decided the party would begin with cocktails at 6:30 p.m. at the Northwest Passage, where guests would be served hors d’oeuvres, dine at a buffet, listen to Dueling Pianos, and watch a sea lion show.


They then would travel to Zambezi for “heavier food” and to watch fire dancers and enjoy other entertainment.


In addition to Dueling Pianos and the fire dancers, the entertainment included street magicians, the Hot Shots Photo Booth, music by the G3 band, saxophone playing, and African drumming.


Guests also watched a crocodile feeding and viewed hippos and baby crocodiles in their swimming pools.


The party ended at midnight with “Philip Ashley Takeaways” - a little chocolate for the road. 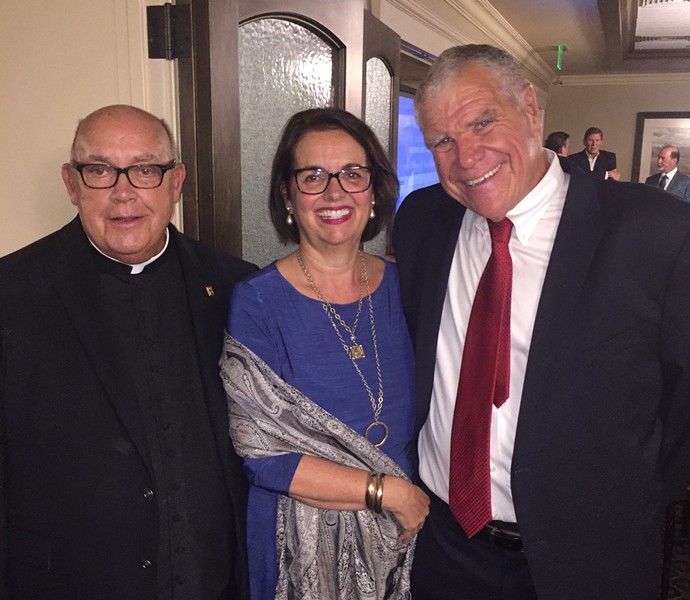 Rev. Monsignor Peter Buchignani and Tony and Nancy Lanigan were honored at Ave Maria Home’s Gala Dinner, which was held October 6th at TPC Southwind. The three have been involved with Ave Maria for many years.


Proceeds from Gala Week will be used to support resident programs and activities and add to Ave Maria’s endowment to assist residents who are exhausting their financial resources. 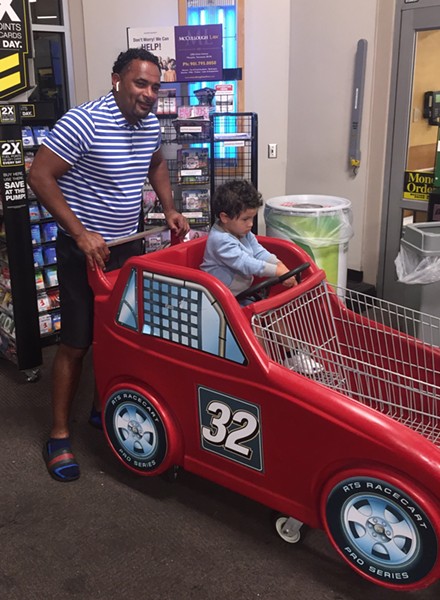 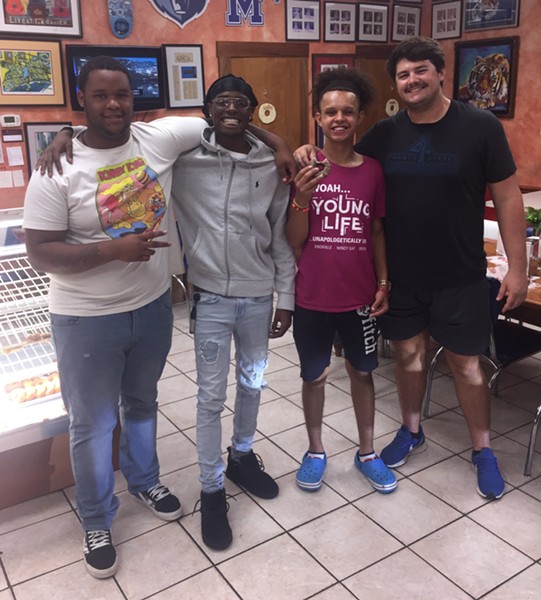