I noticed Colton Rhoads carrying a basketball covered with autographs at the Grizz Bash. He and his girlfriend, Anna Belle George, were among the guests at the St. Jude Children's Hospital of Memphis fundraiser, which was held January 11th at FedExForum.

Rhoads, 22, was collecting autographs from as many Grizzlies players as he could for the heavily-inscribed basketball.


“We counted last night and there’s 85 now,” Colton told me when I called him the next day. “Last one we got was Tyus Jones. Everybody was pretty easy to get except Ja Morant. I feel everybody was trying to go get him.”


But the intrepid Rhoads got him. “He is real shy. He didn’t speak much.”


Collecting autographs from basketball players began with his dad, Brian Rhoads, Colton says. “It started with him when he was a teenager. He always loved basketball. He started off collecting NCAA basketballs.”


His dad, who now has more than 200.autographed basketballs, used to get autographs on one ball, but then he got one player to one ball. “The ones he does have multiple autographs on are team balls. Or players related in some way. Or the coaches.”


The ball Colton had at the Grizz Bash was one of his dad’s basketballs. “But we both put work on it. I have some. We kind of take turns. If I’ll go to an event, I’ll do it. It’s just whoever happens to be there."


Colton got his first Grizzlies autograph when he was six years old. “I believe the first autograph I got was Pau Gasol for the Grizzlies, the first year they came to Memphis. I was about six. He was really nice. I was a little nervous because he was my favorite player at the time. That was my first introduction with any NBA player. I was meeting an idol.”’


Colton and his dad used to go to the old Tip-Off Luncheon, but, he says that event “always seemed a lot more hectic and it seemed a little more difficult to get to different players before they headed out. They didn’t stay for the whole luncheon.”


He enjoyed the Grizz Bash, which he described as “more of a close-quartered kind of experience. It was easier to interact with them (the players) and play games with them.”


Colton, who is majoring in communications at the University of Memphis, says their collection includes “a lot of the older players like Michael Jordan, Julius Erving, and people like that.” But they’re really trying to get an autograph from Zion Williamson. “He’s a rookie. Just got drafted. So, we’re trying to get after him whenever he comes to Memphis. That will be our opportunity.”


He sees Williamson becoming as big as LeBron James. “They’re saying he’s going to be a real superstar. And we’re trying to get after him before he gets that big. From our experience, whenever stars get big they get the tendency to not sign as much.”


Asked if any players have ever been rude to him, Colton says, “Not many rude ones. But (for some) you kind of sense them not feeling like signing an autograph."

And then, he says, “Some blatantly ignore you. You call out to them and they just keep walking.”


The Grizzlies used to host "Grizz Gala," another St. Jude fundraiser, which was in Tunica. I remember Marc Gasol’s size 17 basketball shoes in the silent auction at a Grizz Gala held in January, 2014 at Gold Strike Casino. The event, where guests could mingle and take photos with Gasol, Zach Randolph, Mike Miller, and the other players, featured music by the Memphis Grizzlies House Band. 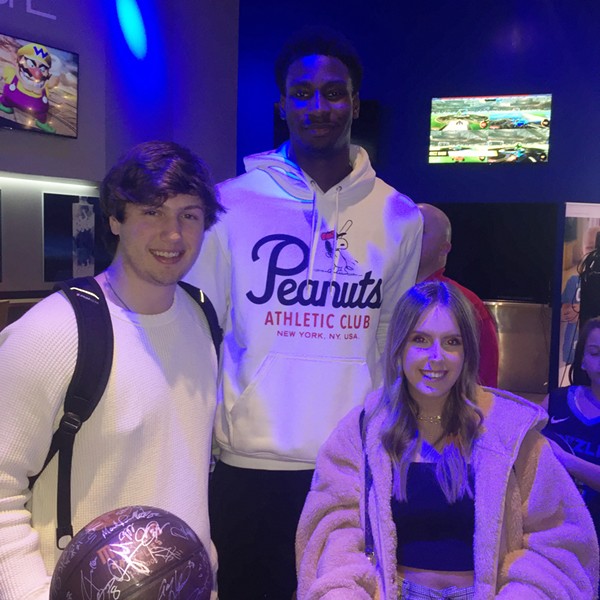 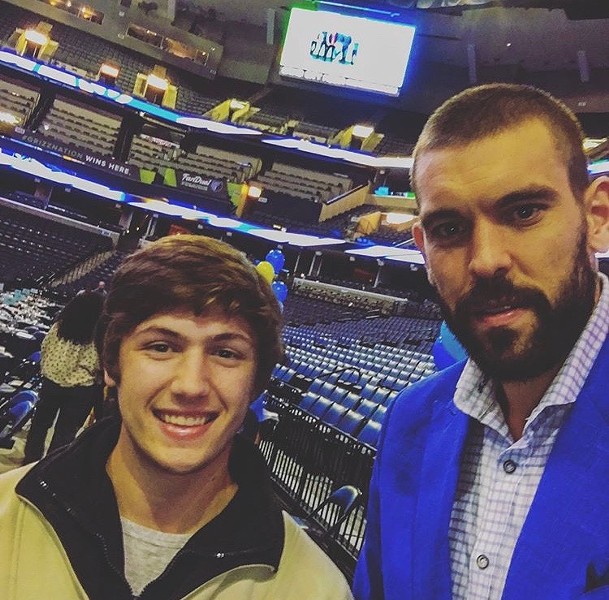