I didn’t get to every party in 2019, but one event I wish I would have attended was the wedding of Lauren and Alex Solomito.


Their wedding had a semi-Paula & Raiford’s Disco theme.

“We had the light-up dance floor at the wedding,” says Lauren, 27. “And my bridesmaids and I got ready with custom shirts that had the Raiford’s Disco logo on the front. On the back it says, ‘I know Paula Raiford.’”


Lauren says she worked with Paula Raiford, owner of the club, over a month “to get the right colors and sizes. I went down to Raiford’s in the daytime a few times.”


She and her bridesmaids wore the T-shirts before they donned their wedding attire.


The light-up dance floor, which they rented, was similar to the one at Raiford’s. “It was some company Lauren found in Memphis,” says Alex, 28. The dance floor “did not just light up, but changed colors.”


Raiford’s is where Lauren and Alex rekindled their relationship after many years.


“We’ve known each other since third grade,” Lauren says. “And I liked him and he didn’t like me all through school. Then we kind of separated after middle school. He went to ECS (Evangelical Christian School) and I transferred to ECS. We were boyfriend-girlfriend in eighth grade and we went to church together. And then we were best friends in high school. We tried to date in high school. Seven years after high school we lost touch. We ran back into each other at Raiford’s on January, 2017 and started dating again. Then we got engaged in June of 2018.”


Raiford's had to be a part of the wedding. “Raiford’s was my favorite place,” Lauren says.


“I absolutely love Raiford’s,” Alex says. “I’ve probably not been there as many times as her. Raiford’s is different from any other dance club in Memphis. It’s fun. Everybody is there. It’s solely just to have fun.”


And, he says, “Of all places to run back into her, it would be Raiford’s.”


Alex's attire also had a nod to Raiford’s. “I even ordered light-up shoes. So, the soles of the shoes flashed different colors to make it more exciting. At one point I got out of my tux shoes and put on some light-up shoes. You constantly change colors like the dance floor did.”


His socks had a special meaning, too. “They were socks with corn dogs on them. We both are obsessed with Pronto Pups. And we actually had a Pronto Pup stand at our wedding. You know how people have light-night Krystal burgers or Taco Bell tacos? Something really simple. We decided to do Pronto Pups.”


They held the wedding September 21st 2019 at the Children’s Museum of Memphis complete with the carousel.


The Soul Shockers performed. The band performs "music like they play at Raiford's," Lauren says.

She set the date on September 21st because her favorite song, Do You Remember by Earth, Wind & Fire, includes the line, “Do you remember the 21st night of September?”

She wanted to hold her wedding whenever the 21st of September fell on a Saturday. “I planned my wedding five years before this wedding happened,” she says. “I wanted it to be on that date because of that song.”


Lauren didn’t know at that time who the groom was going to be, but, she says, “I thought, ‘Surely, I’ll find someone by then.’”


The song also is special to Alex. “It happened to be one of my favorite songs,” he says.


Paula Raiford says others have used Raiford’s in some form at their wedding event.


One wedding reception had an entertainer dressed like her father, the late Robert Raiford, “with the hair, suit, and glitter,” she says.


She’s had several wedding proposals at Raiford’s “Two or three of those.”

And people take wedding photos at Raiford’s before their wedding. “They do an outside inside photo shoot.” Stephen Stryjewski was the first guest chef at Bishop, the Andrew Ticer/Michael Hudman restaurant at Central Station Hotel. Bishop is the chef/owner duo’s newest restaurant. The dinner, a benefit for The Madonna Learning Center, was held on January 6th.

He joined Ticer and Hudman in the kitchen to prepare the five-course dinner, which included crab au Gratin with chili oyster crackers and sauteed speckled trout with fried squash and crushed herbs. 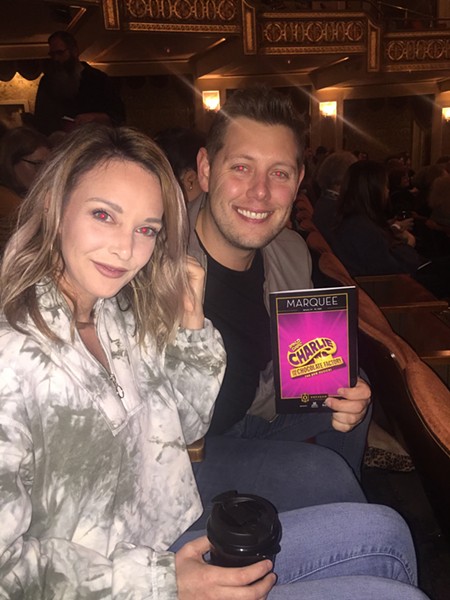 
I never saw any of the movies or read the book. And everybody I confessed that to before I saw the musical was astonished. I do know how to play The Candy Man on the piano. Anthony Newley and Sammy Davis Jr. made recordings of the song.


“Charlie and the Chocolate Factory” will run through January 19th at The Orpheum. 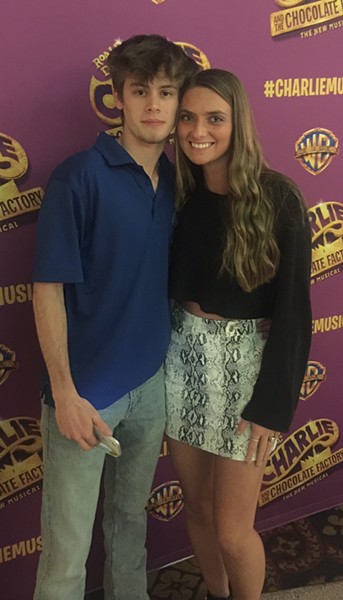