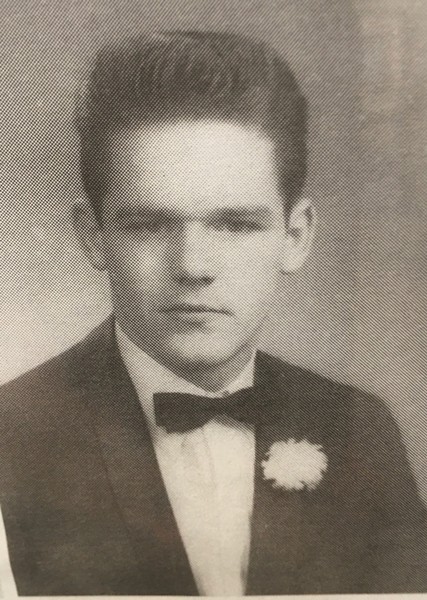 To borrow from his buddy, Elvis, Schilling is “all shook up” over the honor.

“It has really been a good experience,” he says.

A producer, manager, and author of Me and a Guy Named Elvis: My Lifelong Friendship with Elvis Presley, Schilling was initiated into the Beale Street Brass Note Walk of Fame in 2007. He has a replica of the note at his home in West Hollywood Hills.

As for Memphis Catholic High’s Hall of Fame, Schilling says, “I didn’t even know they had one. My understanding is it started 10 years ago. Actually, Billy Ray, my brother, was at church and he saw a thing on the bulletin board about Catholic High Hall of Fame. He called me and started putting it in motion.”

The ceremony was streamed online on October 24th.

Schilling, who videotaped his remarks, regarded his four years at Catholic High School as a great experience. “I was three years president of the class and my senior year I was vice president.”

Schilling also played football all four years. Last January, some of his fellow classmates presented him with a replica of his Catholic High football jersey at an 85th Elvis birthday celebration he was doing with Priscilla Presley at Graceland. “Now it is in an exhibit at Graceland.”

In his remarks, Schilling talked about the trophy his team won. “In junior high, when we tied for the championship, I played fullback. And that was the trophy I point out. It used to be in the lobby of Catholic High. They sent it to me about thee or four weeks ago.”

Elvis also gave Schilling a football jersey. That was when Schilling played football with the King in the mid 1950s at Sunday afternoon football games at Guthrie Park. “Football kind of runs through my whole life.”

He began playing football when he was in the fourth grade at Holy Names. “I made the team. I don’t know how because that’s a big age group when you’re that age. Everybody else there was four years older.”

Football brought him and Elvis together, Schilling says.  “I was basically kind of an orphan. My mother died when I was an infant.”

He was raised by his grandparents and an aunt and uncle. “I lived in North Memphis across the street from George Klein.”

Schilling was a fan of  Red, Hot & Blue, the radio show hosted by Dewey Phillips. He was listening the night Phillips played Elvis’s recording of "That’s All Right" for the first time. Phillips told his listeners Elvis went to Humes High School, which was in Schilling’s neighborhood. “Elvis sounded so good. He kind of stuttered. He reminded me of James Dean. So, being a good Catholic boy, I said a little prayer, ‘The neighborhood’s not that big. I’d like to meet this boy from Humes High.’”

Two days later, Schilling went to Dave Wells Community Center, where some guys were playing a pickup football game in Guthrie Park. He saw Red West, “who was a big Memphis football player at the time. All Memphis at Humes. I knew who Red was. And he knew Billy Ray. So, Red is the one who said, ‘Hey, Jerry. You want to play with us?’”

Schilling was thrilled. “A 12-year-old getting to play with 18-year-old Red West.”

He got in the game. “When we got in the huddle, me, Red, and Elvis against three other guys, nobody said anything. And I looked at my quarterback and I went, ‘Oh, that’s the boy from Humes High.’ The most important pass I ever caught was the first one he threw to me.”

Elvis, he says, “was nice, but not overly. He was playing it cool.”

Schilling was “trying to play it cool. I was eight years younger than everyone else. I was trying to be one of the big guys. But Elvis was not a warm-up guy immediately. You had to get his trust. He’s not the guy you see in most of his movies that walked around with a smile on his face singing a song all the time. Elvis was a great guy who could be kind of moody and then give you a little smile showing everything is OK. That’s how the football game was.”

Schilling had plenty of time to get to know Elvis. “We had a 23-year relationship to find out. I lived with him at Graceland for 10 years. But I think he remembered and he knew I thought he was really cool before it was popular.”

The teams got bigger because more and more guys wanted to play. Elvis “started getting little jerseys to differentiate between the teams. And he looked over at me and he threw me a jersey.”

Unfortunately, Schilling didn’t get to keep the jersey as a souvenir because they used them each week. “He gave it to me, but then he took it back. He kept it.”

Elvis couldn’t afford to buy jerseys every week. “Elvis didn’t have a lot of money.”

His father and brother wanted him to go to Christian Brothers High School, where Billy Ray had gone, but Schilling wanted to go to Catholic High because his friends were going there. He ended up getting a scholarship to CBHS. “I reluctantly went there.”

He began football practice in August, but, he says, “I just wasn’t in it. I didn’t have any friends there. And let’s face it. CBHS was more exclusive than Catholic High. It was different and I really related to Catholic High. So, my brother told my father, ‘I think we made a mistake. Let him go where he wants.’”

Catholic High was the perfect fit. “We won the junior high championship. I was All Memphis.”

He also got a football scholarship to Arkansas State University.

Schilling admits he was a “popular guy” at Catholic High, but, he says, “I never really thought about it that much. I thought about it more recently. I was just trying to get through school. I had a rough time in grade school with my grades. But then in high school it all changed. I guess because of the support and encouragement I got at Catholic High.”

And, he says, “I was a long way from failing the first grade at Holy Names.”

In high school, Schilling looked and dressed the part as the other guys. “Hair-wise, it was pretty cool and different back then whether from ‘Blackboard Jungle,’ the movie, or Elvis. I tried to do it pretty much like the older guys and Elvis. The world hinged on Elvis, but he wasn’t the only guy with sideburns and ducktails. There was a whole group of guys at Humes and whatever. Elvis had to get it from somewhere.”

Schilling used hair dressings like Brylcreem on his hair. “A little bit. I didn’t over do it. I think Elvis used a little more than I did.”

When football season began, Schilling switched to a crewcut.

As for his clothing, Schilling dressed in traditional 1950's garb. “I wore a lot of white T-shirts and Levis. And I wore black loafers and white socks.”

In grade school, he says, “I had nuns who actually sent me home because my Levis were too tight. I was probably in the sixth or seventh grade.”

And, he says, “Through grade school and the beginning of high school I was real shy. Obviously, I’ve made up for it.”

But, he says, “All through high school and even through college and when I went to work with Elvis I was, basically, very quiet. I think Priscilla said in her book the first two years I lived at Graceland I never spoke.”

In high school, Schilling kept his friendship with Elvis to himself. “Nobody at Catholic High knew about it. But I’m hanging out with Elvis at night and on weekends. Elvis liked me. He was the most famous guy in the world.

“I learned in grade school early on to keep my music to myself. There’s a part in my book where ‘Mrs. Doolittle’ — I changed the name because of the situation — who was the head of the PTA at Holy Names, would drive us to baseball practice and football practice. They invited me over to their house — they had two sons my age — for a weekend in North Memphis.”

Schilling, who took his records with him, began playing Sixty Minute Man by Billy Ward and his Dominoes, which attracted “Mrs. Doolittle’s” attention. “She came in when she heard that and was furious. She said, “Get that ’n’ music off.’ And she broke my record and told me to go home. So, I learned very early I didn’t want anybody to take Elvis from me after I met him. So, I didn’t say to anybody what I was doing.”

These days, Schilling and his wife, Cindy, have been staying close to home because of the pandemic. “I’ve had three dinners, three dentist appointments, one doctor’s appointment, and that’s it. I’ve been really locked down.” 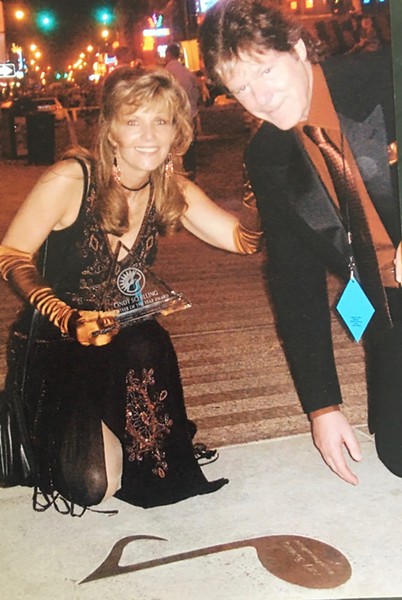 He still is in management with The Beach Boys. “Just last Friday I got a contract for another year as president and CEO of their management company, Brother Records Inc.”

He also has been keeping up with Elvis, the new movie being made by director Baz Luhrmann. “Col. Parker will be played by Tom Hanks. Elvis is played by Austin Butler, who had a huge part in Tarantino’s Once Upon a Time in Hollywood.”

And he says, “Luke Bracey will be playing Jerry Schilling.”

Bracey, whose movies include Monte Carlo and his TV work, Westside and Home and Away, is “a very good actor. He’s a nice-looking guy. I think he will be great. I’m not officially involved at this point, but I have spent some quality time wth Baz Luhrmann. I’ve had a long dinner in New York with him. I’ve had a long lunch. Four hours. We talked a lot.”

But, Schilling says, “Going back to the Hall of Fame Award, there are two things which are now the centerpiece of my living room on top of the entertainment center. And that’s the note on Beale Street, which is huge for me. And I have put my Hall of Fame Award next to to that.”

His years at Catholic High School were more formative than any of his other schooling, Schilling says. “Preparing me for what my life — that I didn’t have a clue — would be.”