Yes, Gods Of Egypt Was That Bad.

I'll try to be polite about this: 2015 was a banner year for film. 2016 was not. It was a year when bad decisions came back to haunt Hollywood, where cynicism reigned, and where even a total box office gross topping $10 billion won't stop "the sky is falling" talk. Nevertheless, there were some bright spots. So here's The Memphis Flyer's look back on the year a lot of people would like to forget. 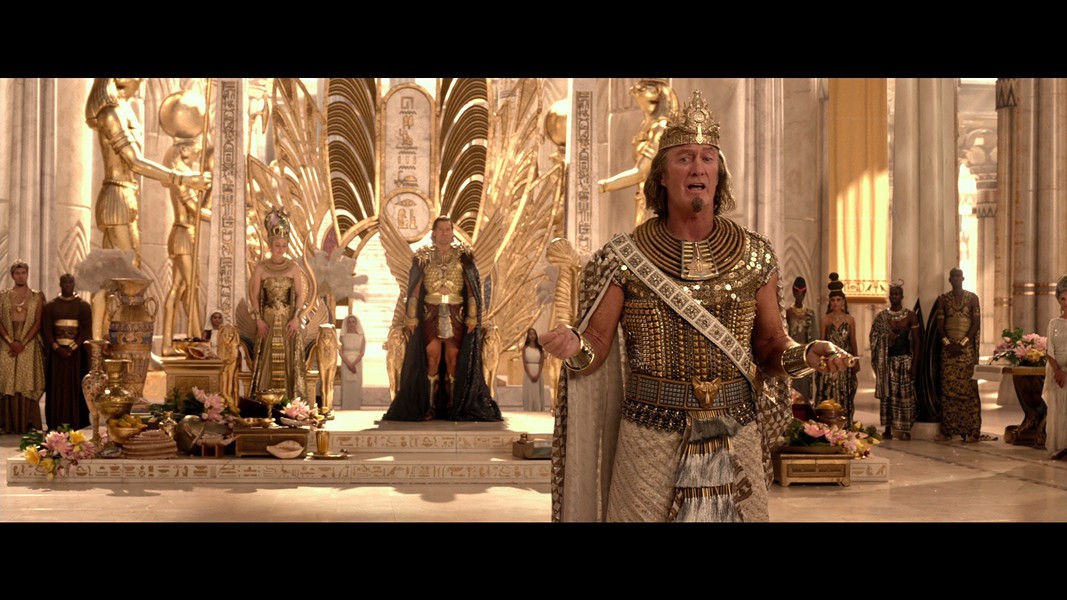 The most hotly contested category in our annual film awards was for the bottom spot. Bad movie overachiever Michael Bay's 13 Hours is an incoherent, slapdash bit of agitprop that turned out to be the first shot in a frighteningly effective anti-Hillary PR campaign. Gods of Egypt looks like a cutscene taken from a particularly boring FPS video game, despite its $140 million budget. The Angry Birds Movie is the video game adaptation no one wanted, and it's even worse than it sounds. Independence Day: Resurgence is a monument to the hubris of director Roland Emmerich. These "winners" just edged out a pair of DC comics misfires, the turgid Batman v Superman: Dawn of Justice and the laughable Suicide Squad. It was a rich year for poor movies. 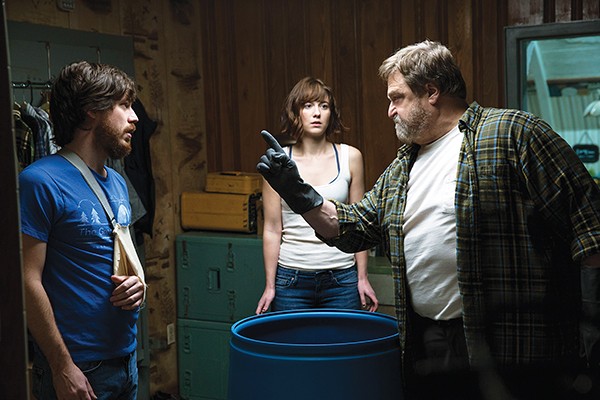 There was a recurring theme among horror films in 2016: being trapped in an enclosed space with a madman. In Green Room, an unlucky punk band battled neo nazi Patrick Stewart in a secluded skinhead club, while in Don't Breathe, three thieves get what's coming to them when the blind homeowner they're trying to rob turns out to have a basement of murderous secrets. But the best of the bunch was 10 Cloverfield Lane, where John Goodman holds Mary Elizabeth Winstead hostage in a bomb shelter while the world burns around them. Prophetic? Let's hope not.

The rule of thumb for films in 2016 was this: If a movie cost more than $100 million and it's not made by a Disney affiliate, it's going to suck. The good stuff was on the low end of the budgetary scale. Maggie's Plan is a 2015 leftover directed by Rebecca Miller that combined great characterization, fine acting by Greta Gerwig, Ethan Hawke, and Julianne Moore, and a script where a couple of smart women turned the tables on a clueless man. Little Men is Memphian Ira Sachs' ode to boyhood friendship wrapped in a warning about late-stage capitalist rent seeking. Seek them out instead of watching Suicide Squad, please.

Imagine Independence Day, only instead of a cigar-chomping fighter pilot for a hero, you get the woman whose job it is to try to talk to the aliens. Director Denis Villeneuve took Ted Chiang's unfilmable story about linguistics and the nature of time and created a quiet masterpiece. It proves Hollywood can be smart, it just usually chooses not to be.

While big-budget, live-action Hollywood flailed, the animators flourished. Kubo and the Two Strings, Zootopia, and Moana combined groundbreaking visuals with positive messages. But the best of the bunch was an unlikely R-rated Pixar parody by Seth Rogen that turned Disney positivity on its ear, then did terrible, terrible things to the ear. Terrible things.

In contrast to the horrors from Hollywood, Memphis filmmakers were on a tear in 2016. Morgan Jon Fox's long-delayed web series Feral was a big hit for streaming service Dekkoo and will be returning with a second season in 2017. Indie Memphis' Hometowner category was bigger than ever, with six feature films and enough shorts to fill four programming blocs. The best of the bunch was The Invaders by director Prichard Smith and writer/producer J. B. Horrell. The story of Memphis' homegrown Black Power movement and the 1968 Sanitation Worker's Strike that led to the assassination of Martin Luther King Jr. wowed the crowd on opening night of Indie Memphis. Look for it in distribution in 2017.

From the first moments of Larry Karaszewski and Scott Alexander's mini series The People v. O.J. Simpson: American Crime Story, I — along with the rest of America — was completely hooked. The crack cast and incisive writing brought the tragic farce to stunning and immediate life. Then came the epic Ezra Edelman documentary O.J.: Made in America, which went even deeper into the former football player's dizzying heights and murderous final act. The story's indelible intersection of class, race, sports, sex, celebrity, and violence made these works feel like windows into the roiling American subconscious.

Best Performance by a Nonhuman: Black Phillip, The Witch

The quiet menace of Black Phillip, the devilish goat from Robert Eggers' Puritan horror The Witch, stood hooves and horns above the pack. The hircine villain was a method actor, randomly attacking people on set with such frequency that the fear Anya Talor-Joy and Ralph Ineson showed on screen was real. Live deliciously, Black Phillip! 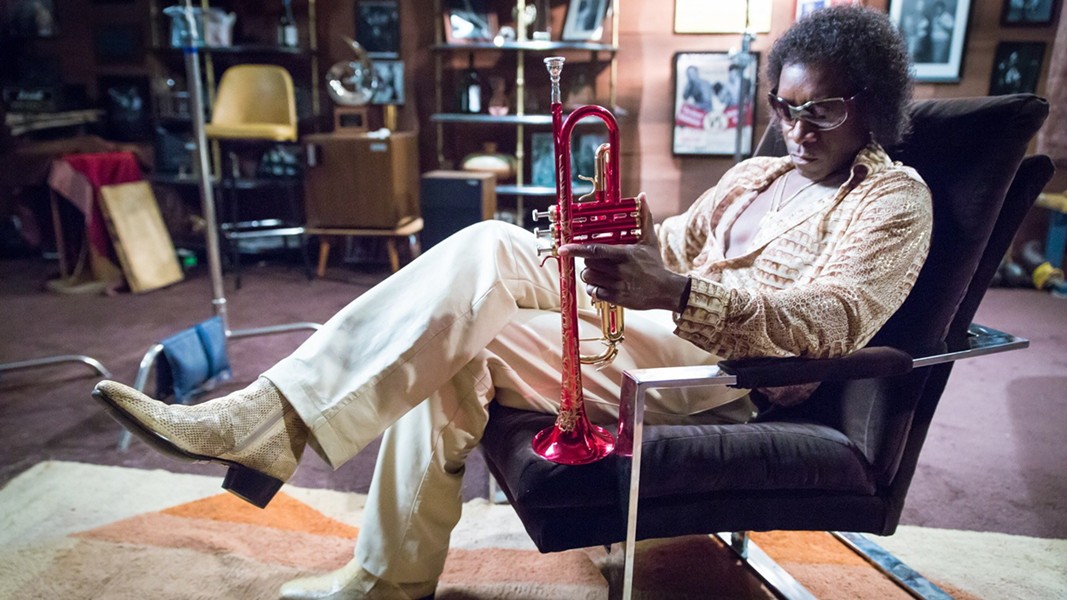 Don Cheadle's dream project was a phantasmagorical biography of jazz legend Miles Davis. In addition to writing and directing, he also turned in the year's best performance by playing Davis as first the brilliant young visionary battling prejudice in the late 1950s, and then the haunted, bitter superstar trying to find his way back to greatness in the 1970s. Not nearly enough people saw Miles Ahead, so be sure to give it a spin. 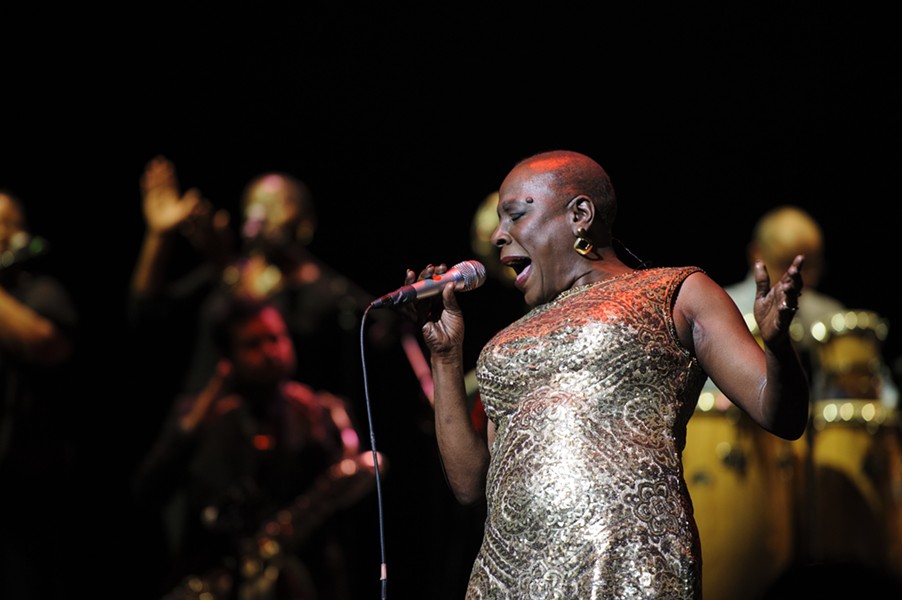 There was a moment in Miss Sharon Jones! where director Barbara Kopple follows the terminally ill soul singer as she returns to church for the first time in years. Jones gets up to sing with the worship band, returning to the stage for the first time after a rough bout of chemotherapy, and the pure life force which animated her bubbles explosively to the surface. In one long, ecstatic take, Kopple and Jones created the best movie moment of the year, and one of the greatest music documentaries of all time.

I was torn between these two very different films for Best Picture of 2016 until I realized I didn't have to choose. Barry Jenkins' Moonlight is a stunningly photographed, heroically restrained story of a terrified boy growing into a hardened man, and the forbidden love that haunts, and ultimately redeems him. Damien Chazelle's La La Land, on the other hand, bursts at the seams with life and song, resurrecting the classic Hollywood musical with Emma Stone and Ryan Gosling. The two films couldn't be more different, but they represent the pinnacle of film craftsmanship and provide indelible experiences for the audience.