At the Home Plate Club at AutoZone Park Wednesday afternoon, Tim Howard’s passion was evident as he took to the podium after being announced as Memphis 901 FC’s new sporting director. The former goalkeeper for the United States Men’s National Team had been involved as a part-owner since close to the team’s inception, but his new position will allow him to take a much more hands-on role in the organization.


“Two years ago, the plan was to retire, get in the carpool lane with the kids, and go about my day as Dad,” Howard said. “There was no team here, but when that happened, I reached out to [principal owner] Peter [Freund] because I’m passionate about football. Everything I know in my life and have that is good is because of football, so I never wanted to retire and go too far away from the game. It was important I gave back.” 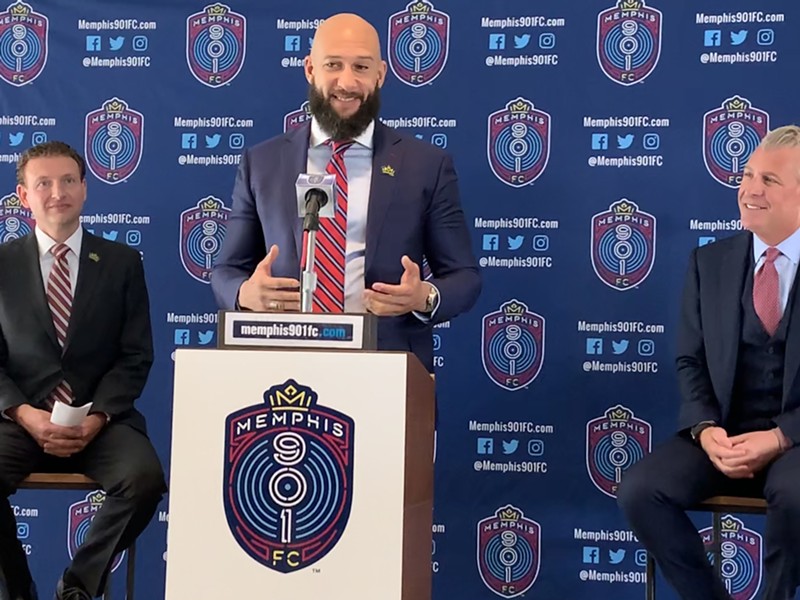 As the franchise’s sporting director, Howard will have a direct hand in player recruitment and designing the product that takes to the field every weekend. “Peter talked about excellence and the commitment to that excellence, and I only know one way personally. I believe in sacrifice and hard work, and all the intangibles that were spoken for me. I want to build a team around me and build a team to put on the field that the city of Memphis can be proud of.”


901 FC retained nine players from last year’s squad, including captain Marc Burch and top scorer Brandon Allen. To fill in the remaining spots, Memphis leadership is searching home and abroad, and “speaking to every agent under the sun. We’re going to put together a team that relentlessly pursues that excellence, both in the front office, but also on the field, and we’ve been preaching that to players we’re looking to sign.”


Team president Craig Unger suggested the organization would be hosting a training camp in the next few weeks. Going into the team’s second season, 901 FC is better equipped to handle the rigors of challenging for a playoff run. “That was one of the challenges last year, we had 24 different guys come in that were 24 different personalities,” said Unger. “We were able to keep nine players we brought back this year, we had consistency with our coaching staff, we know what the league is about this year, we know each team and what we’re up against. This year, we can build our team accordingly.”


Having fallen just short of the playoffs last year, Howard said that achieving a top-eight position in the Eastern Conference this coming year is a must. “I don’t want that to be lip service to anyone in this building. That’s something we genuinely feel passionate about. We’ve seen what the best of the best can offer us in the Eastern Conference, and we know we can stand toe-to-toe and give as good as we got ... This club is on the up and up. It seems like a bold statement and I don't mean it to be, but this team is a playoff team next year, simple as that.”

901 FC opens its season at AutoZone Park, against Indy Eleven, on March 7th.