The 2020 USL season may be over, but the soccer world never stops moving. In the offseason, teams are always looking to make key reinforcements to the squad, as well as move on fringe players.

What will the 901 FC squad look like come next season? We've seen a few departures thus far, but there's plenty of time for the organization to carefully target the players it wants to pick up. Check back to this list for updates on player movement both in and out of the club over the next few months. 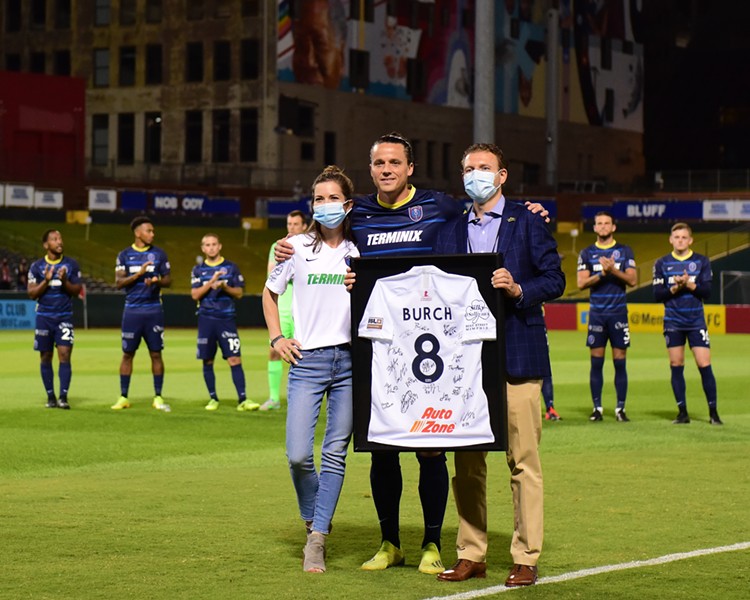 This one happened a bit earlier in the season, but we’ll include it anyway. The Manx central defender, initially signed in August 2019, was dealt to San Antonio FC this September. In his first season, he emerged as a defensive rock next to captain Marc Burch in the center of defense, but this year, his performances dipped and he eventually lost his place in the starting lineup.

901 FC’s first-ever captain called time on a long career that included MLS Supporter’s Shield and Lamar Hunt U.S. Open Cup titles with D.C. United. Burch arrived in Bluff City in January 2019, and quickly stepped into a leadership role both on and off the pitch. His qualities were evident in his defensive role, but his sweet left foot also chipped in with a few goals during Memphis’ inaugural season. He missed a good chunk of the 2020 USL championship through injury, but his presence will be missed.

On October 13, Mark Segbers joined MLS team Los Angeles FC (LAFC) on loan through the end of the season. While there’s no obligation for LAFC to keep him at the end of the loan agreement, this move should come to no surprise to anyone who watched Segbers play this season. The right back frequently stole the show with his powerful runs up the flank, and contributed a goal and two assists in ten matches for Memphis. He’ll be a big loss if he gets snapped up by an MLS team, but deserves the jump to the top level.

The midfielder arrived as a mid-season acquisition on loan from MLS club Cincinnati FC. He slotted in well to the Memphis midfield, providing a physical presence and some good passing in his seven appearances. We ultimately didn’t get to see too much from the defensive midfielder, with the player returning to his parent club at the end of the USL season.