Elvis may still have the bigger brand, but nothing says Memphis like the grinning, growling, white-whiskered image of Rufus Thomas all decked out in a bright pink cap, with matching knee-length shorts and knee-high boots, posing like a comic book superhero with all the awesome powers of funkiness at this disposal. Thomas, whose best-loved hits include "The Dog," "Walking the Dog," and "Can Your Monkey Do the Dog," billed himself as the world's oldest teenager until he passed away in 2001 at the age of 84. That makes March, 26, 2017, his 100-teenth birthday, and the Stax Museum of American Soul Music is marking the occasion with a new exhibit, "A Century of Funk: Rufus Thomas at 100." 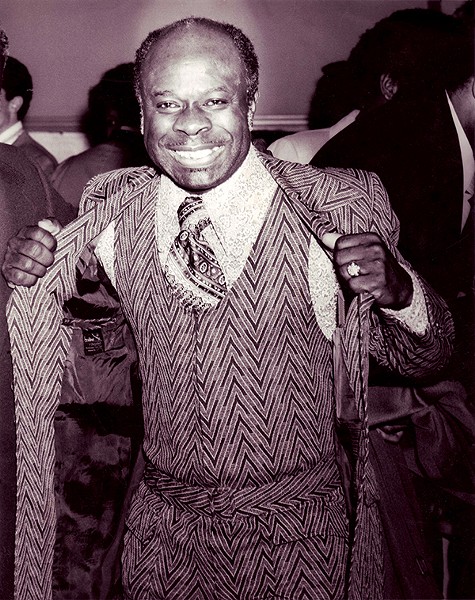 James Brown was often called the hardest-working man in show business, but in a head-to-head competition, Rufus Thomas walks away with the title. With skills honed on the tent-show circuit at the tail end of American minstrelsy, Thomas became the perfect showman: a ribald comic, able dancer, and affable emcee with a natural gift for parody and musical improvisation. He was also a notable DJ for WDIA, the first successful recording artist for both Sun and Stax records, a father to three similarly musical children, and a husband for 60 years, 21 of which he spent working full-time in a textile mill, without ever missing a day.

"A Century of Funk" collects photographs, promotional items, stage costumes, and memorabilia from every facet of Thomas' life. It kicks off Thursday, March 23rd with a reception and performance by the Stax Academy with Thomas' youngest daughter Vaneese and a panel discussion with WDIA's Bev Johnson.

Opening Reception for "A Century of Funk at" the Stax Museum of American Soul, March 23rd, 7 p.m. Free.