2017 was looking to make me a liar. In last year's "Look Ahead" story, I had several places set to open that just barely made it this year. They include: Sunrise, the biscuit-centered breakfast place from Central BBQ's Craig Blondis and Roger Sapp and Sweet Grass' Ryan Trimm, which opened in late November; the food hall South Main Market, which held a grand opening on December 2nd with an opening roster of promising eateries; and the Liquor Store, from the same folks as City & State, which opened in November.

One of the bigger food stories was related to the opening of the Crosstown Concourse building. Mama Gaia was the first out of the gate in early spring. They were followed by French Truck Coffee, Farm Burger, Next Door Eatery, MemPops, So Nuts, Curb Market, and I Love Juice Bar. I frequent the place and pay — gasp! — $11 for a small smoothie from the Juice Bar at least once a week.

Closing down and moving on: The first location of LYFE Kitchen in East Memphis closed in the fall. The second, in the Chisca downtown, closed for a short while and reopened as a reinvented space with a new menu and new decor. Also seeing new life were Brass Door and the Riverfront Grill (now the Front Porch), both forced into shape by Deni and Patrick Reilly of the Majestic Grill. The much-beloved Elwood's Shack was closed for several months after a fire in December. It reopened in March.

Happy news: The Cosmic Coconut was turned into the City Silo, a vegan-forward space with several great, thoughtful dishes. The oldie but goodie Front Street Deli changed owners and reopened with a John Grisham-themed menu. 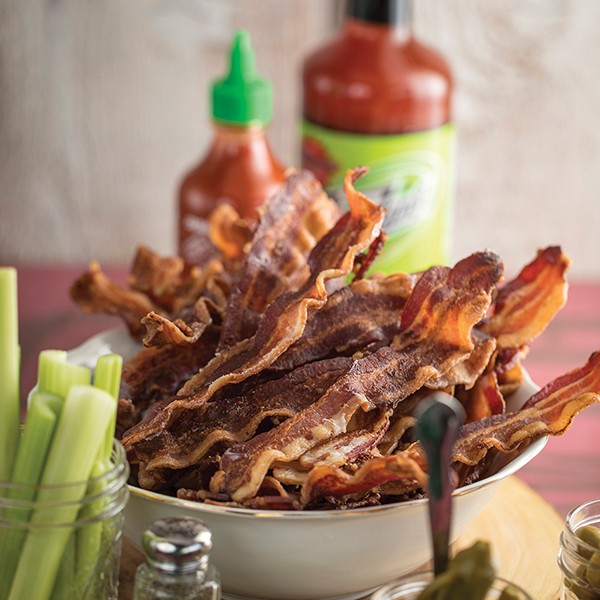 More milestones: Beauty Shop marked its 15th year with beehives and 1997 prices. Jim's Grill, the longtime place for graduate lunches and Mother's Day brunches, closed for good after an attempt at a revival by Alex Grisanti. Other Memphis favorites, the Peanut Shoppe on Summer closed earlier this month after 58 years and Spaghetti Warehouse closed after 30 years in downtown.

A few things found life beyond the confines of this column. Let's start with Meddlesome and its cheekily named 201 Hoplar IPA, which a lot of folks found problematic, while the vast majority really loved the name-play. (Also, the IPA is really good.) Another hit was the video by Michael Donahue of the "Pie Lady" Katherine Perry. Perry made her caramel pie and a few others and found an enrapt audience. That video had more than one million (!) views. David Scott of Dave's Bagels is, how do we put it???, super-hot. And folks like his freshly made, truly excellent bagels, too. You can find them pretty much everywhere.

After pouring millions into the old 19th Century Club building to open the restaurant Izakaya, the owners quickly reconsidered the rather unfocused approach, reopening as the chiefly Japanese and quite good Red Fish. The popular food truck Sushi Jimmi found new life in a brick and mortar space on Poplar. The same goes for Riko's Kickin' Chicken, which opened on Madison near Cleveland. Lucky Cat gathered quite a following for its pop-ups before settling on a space at the corner of Cooper and Peabody.

Nobody knows trouble like Taylor Berger. His grand vision for shipping crates serving as a venue was almost quashed as the some of the campus of Railgarten did not have proper inspection. It was all eventually worked out, and now the place serves as a happy meeting ground for young folks looking for fun.