A local perspective on men’s style.

For a certain type of guy, having good style is more than wearing what's trendy. It is a state of mind. It means being impeccably groomed, so as to give him the confidence boost to move forward in any way. Because when you feel better, you look better. As we say cheers to September (fashion month), here's the perspective of some cool and creative guys in Memphis on personal style, grooming, and fashion.

My perspective on style in general is a very simple one and one that I take from fashion designer Tom Ford: "Dressing well is a form of good manners." I keep that approach daily while preparing for my day. Yes, I want to look professional and respectable for my clients, so when I put on one of my suits every morning, I do not take the approach as if it is a uniform, but more a symbol/statement of who I am as a person. I let it reflect my personality.

Here in Memphis, we aren't known as a trendy or fashion-forward city like L.A., New York, Atlanta, or Miami. We are such a blue-collar city. I was able to grow up watching my father dress in a suit, and I realized that I, too, wanted that for myself. Fashion is constantly growing, changing, reinventing, and repeating itself — from the suspenders back in the old speakeasy days to the stockbrokers of the '80s, and from the wide-peak-lapel blazers in the '60s being born again in the '90s and 2000s. But one thing will remain the same ... it's always your personality! 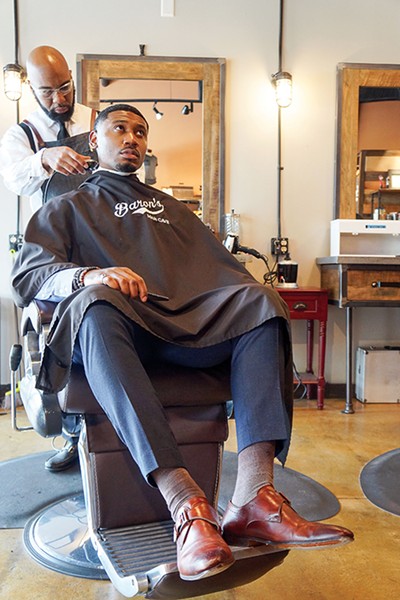 Grooming, in general, influences personal style by subconsciously adding a shot of confidence to the man. It's similar to home and garden upkeep. You have more pride in something when you've taken the time to tend, grow, and maintain it.

I've only lived in Memphis for a year and I love it! I relish knowing that Memphians push the status quo (the herd look) and proudly express their individuality through a variety of unique styles. It's seriously appreciated here. Drive three hours out east (Nashville, I'm talking to you), and everybody starts to look the same. If you dare to deviate from the herd, you're shunned for standing out!

Fashion is more open than it ever has been for men. There used to be a lot of rules. Now, anything goes! Right now, it's less about fashion and more about style. Style is very personal. The climate is perfect for showcasing your personal style and expression, whatever it may be.