Like most non-racist Memphians, I was disappointed but not surprised to hear we will not be getting the resolution we hoped for on the matter of a certain statue next week. The Tennessee Historical Commission will not be considering the city's request to remove the divisive monument to Civil War loser and wizard of racism Nathan Bedford Forrest from the eastern gateway of our downtown for at least another four months.

The commission claims to be "working out the rules" for hearing the request and cannot make any legally binding decisions until that process is complete. They intend to vote on the rules at the October meeting, after which they will be submitted to the state attorney general and secretary of state. Something tells me they are in no hurry. The 29-member commission did not specify any details regarding the rules waiver applicants should expect to follow, but they apparently can unilaterally agree on one thing: They're not reviewing any waivers anytime soon. 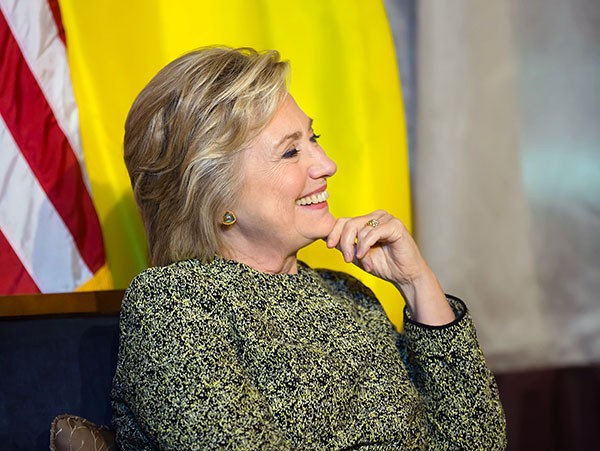 I dunno, y'all. I think they might be stringing us along. It's crazy — I was always taught that conservatives believed in sovereignty and minimizing government. Empowering an appointed commission to decide what cities can do with their land and property seems like a bit of an overreach. The Tennessee Heritage Protection Act was introduced by a Civil War reenactor in response to the renaming of three Memphis parks in 2013. It only mentions military conflicts — so statues honoring civil rights leaders, cultural visionaries, and important figures who are actually relevant to Tennessee's history are not protected. As I long suspected, "heritage" is code. The law has one purpose. Taking the waiver route might be a ... lost cause.

There are other options. The text of the Tennessee Heritage Protection Act stipulates monuments cannot be "relocated, removed, altered, renamed, rededicated, or otherwise disturbed" from public property. So the city can sell the property, right? Just tape off the perimeter around Mr. and Mrs. Nate Bed and auction the land to the highest bidder. The graves and the statue won't be included in the deal, of course. Transfer funds, sign papers, shake hands, move the Forrests back to Elmwood Cemetery and the statue to a museum. Use the proceeds from the transaction to erect a nice monument to Martin Luther King Jr. for the 50th anniversary of his assassination.

Here's another out-of-the-box idea I think will change some minds: Put a statue of Hillary Clinton in the park. A larger-than-life bronze statue of the former First Lady astride a unicorn, leaping over a mountain of emails. As secretary of state, Hillary was in the situation room when Osama bin Laden was captured during Operation Enduring Freedom. There's your war connection. So the statue would be protected under the Tennessee Heritage Protection Act. And Health Sciences Park would be an ideal location to erect a monument to the woman who was instrumental in the passage of the Children's Health Insurance Program, which insured millions of American kids. Right?

As the first female major-party nominee for president, Hillary Clinton is a very important part of every American woman's heritage. Eventually — hopefully in my lifetime — the United States will have a woman president who will thank her for paving her path in her election speech. Women and girls could walk past the statue every day and be inspired. And, you know what they say: Those who forget history are doomed to repeat it. So a Hillary statue is required to ensure the 2016 election never happens again. That's how it works, right?

Just imagine the protests. Tiki torches everywhere. Wall-to-wall Fox News programming. Oh my goodness, the presidential tweetstorm. Oh, you want Hillary to go away? Sorry, she ain't going anywhere! No, seriously. We would consider moving the statue, but the state legislature says we have to get this waiver from the Tennessee Historical Commission, and it's kind of an ordeal. Plus, you know, it just wouldn't be fair to move her statue when we have this other statue of a guy who lost whose supporters would not "get over it." You're absolutely right, it's not the same. Hillary is an ambitious grandma who wanted to be president but used her personal email for work stuff. Nathan Bedford Forrest was a slave dealer, a traitor, and a war criminal. Now, about that waiver ...