Russell George was beloved — a prince among Memphis tavern owners. He operated Murphy's Irish Pub on Madison Avenue for years before leaving it in the early 1990s to try something new in the still mostly abandoned South Main district, across from the train station. George took control of the bar, nightclub, and brothel known as Earnestine & Hazel's (E & H), and reopened it as a beer and burger joint on St. Patrick's Day 1993. Between its tasty Soulburgers prepared on a richly-seasoned pre-WWII flat-top grill, and a gem-laden jukebox, it didn't take long for the bar to attract a crowd, and it quickly became a cornerstone business for the district's incredible turnaround. 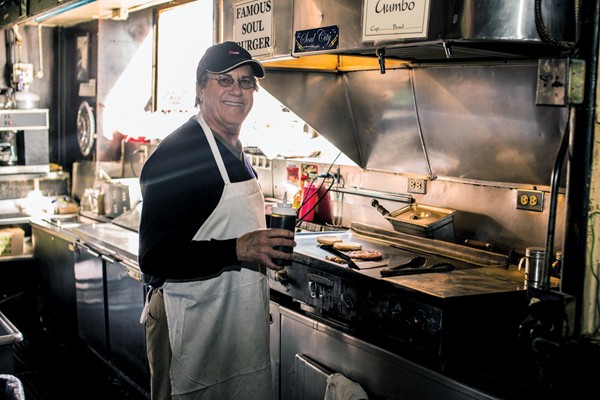 There are reasons why E&H was named one of America's best dive bars by CNN and why the incredibly simple Soulburger wound up on so many "best of" lists. George was a real Memphis character, and everything he touched reflected that. He was unassuming but welcoming, fast with a joke, story, or piece of trivial information about his bar or his city. And even though he swore there was no real secret to the beef patties he flipped, they always seemed to taste a little better when he was wielding the spatula.

George struggled with illness and depression and took his own life a year ago. A Russell George Memorial Benefit at Earnestine & Hazel's has been planned for Saturday, September 13th with musical entertainment provided by the Earnestine & Hazel's Band, and proceeds will benefit the Church Health Center.