A Sweet 16 Things to Do While You're in Memphis

Celebrate your team's victory (or drown your sorrows after that tough loss) on world-famous Beale Street, right next to the FedExForum. Great music, terrific Southern food, and drink specials all up and down the street.

An eclectic, artistic neighborhood in Midtown, Cooper-Young has some of the best food — and outdoor patios — in the city. Whether it's Thai, seafood, Mexican, Irish, sushi, or just good ol' American burgers, C-Y's got you covered.

Graceland is the grand home of a kinda famous singer you may have heard of. Much of Graceland looks the same as it did when Elvis lived there, including the Jungle Room. Visit the "Sincerely Elvis" museum, which displays photos and home movies of the King.

A reigning center of horticulture, the Memphis Botanic Garden showcases the most beautiful plants and flowers in the Mid-South. The garden is open year-round and exhibits native wild flowers as well as more than 23 unique gardens. The Botanic Garden also features special events, educational programs, and art exhibits. The Live at the Garden Summer Concert Series is another great event at the Botanic Garden.

The Memphis Brooks Museum of Art houses a permanent collection of more than 3,000 works of art, ranging through the Flemish and Italian Renaissance, the Baroque era, and French Impressionism.

This museum features a unique, in-depth showcase of local history, music, culture, and science. The Pink Palace also has a shimmering planetarium and a popular IMAX theater, which has featured movies on subjects ranging from Hurricane Katrina to the deep sea.

A must-see visit for all music fans, the Memphis Rock 'n' Soul Museum allows visitors a self-guided tour with headphones. The recordings offer guests a course in Memphis Music 101, showcasing a history of some of the greatest music in the world.

Offering a home to more than 3,500 animals, including 500 species, the Memphis Zoo is ranked as one of the top zoos in the United States. Exhibits include Cat Country, Primate Canyon, Animals of the Night, Once Upon a Farm, China — home to Le Le and Ya Ya, the famous giant pandas — and the Northwest Passage, where the polar bears roam.

Mud Island is a park built atop a long sandbar on the Mississippi River, just opposite downtown. Attractions include a scale-model Mississipi River Walk, a river museum, and a 5,000-seat amphitheater.

Housed at the site of the Lorraine Motel, where Martin Luther King was assassinated, the National Civil Rights Museum offers interactive and informative exhibits on one of the most significant times in American history. With audio-visual displays bringing these events to life, the National Civil Rights Museum is a must-visit place for children and adults.

The Peabody hotel opened its doors downtown in 1925. Today, tourists and locals enjoy the exquisite lobby featuring ducks in the fountain, piano music, a bar, and one of the best restaurants in Memphis, Chez Philippe. And be sure to check out the rooftop, for one of the best views in town. The famous "march of the ducks" through the lobby happens twice daily at 11 a.m. and 5 p.m.

The Stax Museum of American Soul Music is a celebration of Memphis music made famous by stars like Otis Redding, Isaac Hayes, Al Green, and others. While touring the museum, make sure to catch WATTSTAX, a depiction of the development of the music label and the people who created it.

South Main has unique retail stores, including great boutiques and antique shops and excellent restaurants. The 13 art galleries in the area are all within walking distance of one another, and on the last Friday of each month, hundreds flock to the free trolley tour of the galleries.

Visit the historic site where rock-and-roll was born — the famous Sun Studio. Walk in the footsteps of greats like Elvis Presley, Johnny Cash, Roy Orbison, Carl Perkins, Howlin' Wolf, and many others. One of the best parts about visiting the studio is that you can make your own record and take it home.

Tom Lee Park on the Mississippi River is a mecca for joggers, walkers, rollerbladers, and kite-flyers. You can gaze at the river and the boats that go by. Take the steps up to the Bluff Walk for an even better view. 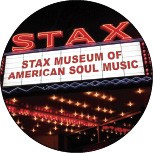