Anti-blackness in Latinx communities is rooted in white supremacy. Recognizing that marginalized people participate in anti-blackness is sometimes a hard concept for folks to accept. While we know, or at least should know by now, that our entire society participates in anti-blackness through various socio-political and economic ways, it can be especially difficult for people that come from histories of oppression to accept or even understand how they repeat patterns of oppression.

In dominant narratives of the U.S., we rarely learn about the intersections of black and Latinx histories, much less global histories. Because of this, we aren't able to connect how legacies of colonialism then create white supremacy and reinforce whiteness as the dominant power across racial and ethnic lines. 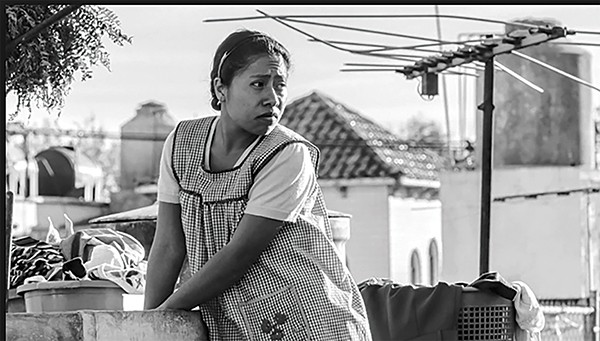 It's important that we expand our thinking around race and ethnicity for several reasons. For one, connecting to a global history of race can help us see that racism and racist structures extend beyond the U.S. We can also begin to understand how those histories relate to the marginalization of people today.

In a PBS Q&A about his documentary film, Black in Latin America, Dr. Henry Louis Gates, a Harvard University professor of African and African-American Studies, drops some truth about black history in the Americas.

He explains that of the "11.2 million Africans that we can count who survived the Middle Passage and landed in the New World ... only 450,000 came to the United States." That's a little over 4 percent, meaning that the rest of enslaved people from Africa were trafficked to Latin America and Caribbean regions. Depending on how much of the histories of slavery and colonization you're familiar with, you might remember maps that charted the "Middle Passage" back in school. I recall seeing thicker arrows that pointed from Western Africa to Latin America and the Caribbean, but apart from that, we never talked about the implications of those arrows.

As Gates points out, part of the reason that we are not familiar with this part of black history in the Americas is due to our lack of global understanding. "Also," he adds, "it is in part the responsibility of the countries in South America themselves — each of which underwent a period of whitening."

When Gates says South America, here, he's referring to Mexico and Central and South American countries. Countries in these regions intentionally put in place policies that incentivized European immigration with the intention to mejorar la raza, or "better the race." This sociopolitical movement was pushed by their governments to minimize racial and ethnic diversity in decision-making power. These policies were both anti-indigenous and anti-black.

This, too, affects how even black and brown people have internalized racism, because for generations, people have been conditioned to see their Afro-descendance and indigenous descendance in negative way. For example, from a young age, people are taught what is "good hair" and "pelo malo" ("bad hair"). Ideas of beauty center on European traits, such as lighter complexions and straight hair.

Today, there is not a lot of visibility of indigenous people and black people in Latin America. Popular television shows and films center casts, roles, and narratives on people of European descent. So what we see on our screens are people who are of lighter skin. Meanwhile, brown and black people in Latin America are positioned in lesser roles in cinema, which contributes to their erasure. The critically acclaimed film, Roma, is one example in which an indigenous woman is recognized for her work as a leading actor but even then, Yalitza Aparicio has faced a lot of anti-indigenous racism.

In the U.S., we see the erasure of Afro-Latinx people who sit at the intersections of race and ethnicity. The imposed Latino pan-ethnic identity makes us think that there is a single Latinx or black experience. The internalized racism within marginalized groups not only harms what we're capable of and limits our understanding of race and ethnicity and how it is created, but it is also violent. Latinx people who can be closer to whiteness because of race or class, do so at the expense of black and brown people. Given the real terror and violence implicated through white supremacist people and policies, we need to recognize and name how we participate in recreating oppression.

Acknowledging how we all participate in oppressive structure is one step and actively working to dismantle these structures is another. We can even begin to identify and address these things in our daily lives by reading into the spaces that we engage in, the people we are around, and the voices that we listen to.