An Inside Look at Ashlar Hall

Ashlar Hall owner wants to use property to help veterans.

An open house fund-raising event was held there last weekend to raise money for restoring the long-vacant, historic property at 1397 Central, often still referred to as "Prince Mongo's Castle" after the nightclub Robert "Prince Mongo" Hodges operated there in the 1990s.

Now the building's current owner, Kenny Medlin, wants to transform the old Castle into an administrative property for military veterans.

Visitors ogled the 117-year-old building during the tours, a rare event that brought people out in the hot afternoon. Organizations, some with a military focus, such as Alpha Omega Veterans Services, handed out pamphlets from under a tent.

An autographed George Strait guitar was up for auction to help raise funds. Bluegrass band Rosewater performed for visitors to promote their charity, the Homeless Veterans Project. Donation buckets were scattered around the property. 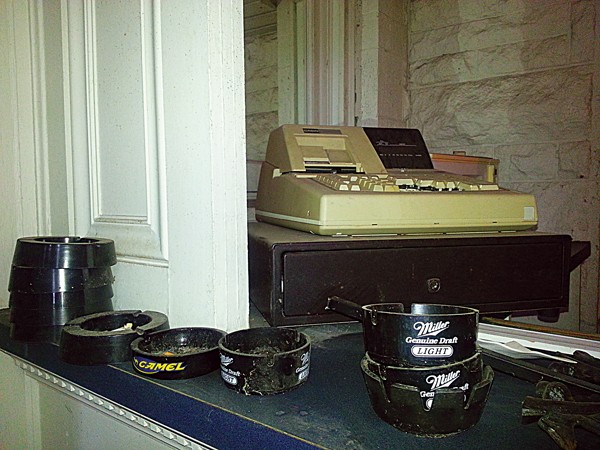 Medlin acquired the building last year after it was transferred to him from its previous owner Hodges. Initially, Shelby County Environmental Court Judge Larry Potter invalidated the transfer after Medlin failed to produce a plan for the property by the January 27th deadline that Potter set. At the time, Medlin had said he wanted to turn the house into a home for terminally ill children.

In February, Potter reversed his decision and upheld the 2013 transfer. But Potter said other groups could still submit their plans for the building.

The Memphis Comic and Fantasy Convention submitted a proposal to turn the property into a center for the arts but pulled out of negotiations to rent the space after conflicts about how much Medlin would charge for rent.

Medlin eventually decided to turn the building into an administrative property for military veterans, using his Urban Renaissance Initiative organization as an underwriter.

"Our goal is to take condemned properties, rehab them for nonprofits, and get them back onto the tax roll. We hope Ashlar Hall becomes the bellwether of those efforts," Medlin said of the Urban Renaissance Initiative.

Remnants of the building's former life as a nightclub can still be seen throughout the two-story building: a Laser Music jukebox upstairs, metal-encased CRT TVs in the foyer, ashtrays scattered around the many bar tables.

Futuristic decor such as spaceship light fixtures and random plates of shiny metal were affixed to the walls, leftover from the mansion's partying days. The many bars within the building still had stacked cups and ashtrays lying around, almost as if the patrons and staff had left in a hurry.

Visitors took pictures in nearly every nook and cranny, finding closets of oddities like a ghillie suit sitting among broken cups and pitchers. The VIP suite on the first floor and the basement were roped off.

Even outside, the neon "ASTLE" (the "C" is missing) remains, giving a glimpse into the property's former glory.

"We used to hear stories about this place back in the day," said one visitor, who preferred not to be named. "If only walls could talk."