A short list of the most singularly enjoyable moments on TV, circa 2014: Raylan Givens and Boyd Crowder chew a scene together on Justified; the host's epic-length one-topic rants on Last Week Tonight with John Oliver; Ron Swanson bedeviled by a Tammy on Parks and Recreation; and the sharp if-then logical leaps Ancient Aliens takes linking abstruse historical mysteries with the elegant, "According to ancient alien theorists ... ." The prepositional phrase manages to both boldly explicate unusual ideas while also not overcommitting to their accuracy. The show seems to be saying, "This is a safe place for every crazy notion you've ever had; who knows, maybe some of them are true." 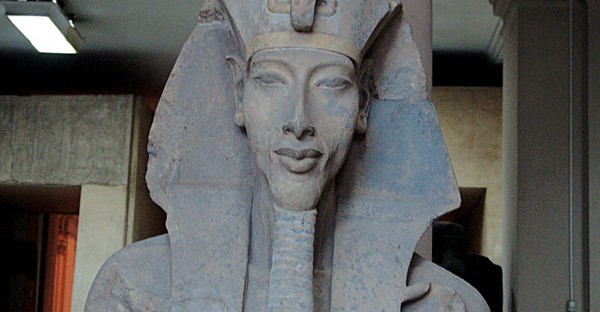 Ancient Aliens is built around the concept first popularized by Erich von Daniken in his 1968 bestseller, Chariots of the Gods?: that extraterrestrials have been visiting earth for at least thousands of years and that their encounters with humans inspired our religions and were essential in the development of "our" technology. In other words: the Egyptian Pyramids couldn't have been built without a little otherworldly help, and also some pharaohs, like Akhenaten, were aliens.

The genius of Ancient Aliens, and the thing that places it far, far above likeminded shows in the backwater of basic cable is the breadth and depth of its pseudoscientific and pseudohistorical geography and the earnest energy with which it cannonballs in. Because, Ancient Aliens argues rather correctly, this is a big and old world and there's a lot of weirdness that's hard to explain. Rather than being satisfied with hanging out in the Nile Valley for a whole episode, Ancient Aliens will glibly link a minor Sphinxian detail to some rock formation in South America, and then combine those together to get to the Bhagavad Gita, and then, before you know it, the Knights Templar have been introduced. And the episode is only half over. 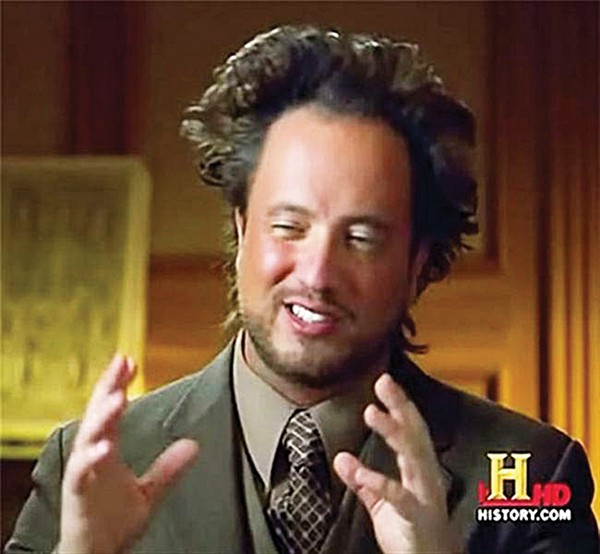 Ancient Aliens is joyously assembled like a mystery in reverse being solved by an attention-deficit detective: There are clues to the enigma everywhere, and the relevant ones can be seized upon and arranged at will, because there's only one whodunit: Aliens. The detective-in-chief on Ancient Aliens is Giorgio Tsoukalos, a Swiss-born, spray-tanned, wild-haired talking head who in real life is the director of von Daniken's Ancient Alien Society, editor of Legendary Times Books, and — this can't be made up — a former professional bodybuilding promoter. Tsoukalos is the perfect messenger for Ancient Aliens' theories: He's a charming, intelligent, glint-eyed rogue who slyly tries to convince you to believe he's right while also letting you know it's okay if you don't. Tsoukalos serves as an excellent counterbalance to the fully committed von Daniken, the serious and maybe borderline angry ancient astronaut theorist David Childress, or even the declarative narrator, Robert Clotworthy.

Ancient Aliens, now in its seventh season, spent a few seasons on the History channel before being shifted to the sister network H2. It's a strange move, because even though the main theme of Ancient Aliens should not be confused with reality, it still features plenty of corroborated antiquity around the edges. An attentive viewer can still learn plenty about the world that was. And that's a lot more history than you'll glean from the shows the History channel prefers: docudramas about people in a workplace, and the monetization of old crap.