Andy Grooms, The Glass, and Other Essential Records Enjoy Reissues

Every once in a while, a perfect storm gathers over a band's rehearsals and recording sessions, and an album emerges that transcends any one person's vision. Certain elements click, and a minor masterpiece is born, which, in its cohesiveness and consistency of mood and craftsmanship, hangs together as only the best novels or films do.

A good number of these albums slip through the cracks of history. But recently, a handful of them are getting a second look, thanks to the efforts of Small Batch Records. Seattle-based Aaron Rehling started the label on a strong Memphis note in December 2018 with the release of Jeff Hulett’s  LP Around These Parts. The next year, Rehling partnered with Memphis/Austin music stalwart Tim Regan to make Small Batch a subsidiary of Regan's Austin-based label, Nine Mile Records.

Today, Small Batch releases The Essential Records Collection Volume 1 on Spotify. This collects albums that are, in the label's words, "truly essential listens. Albums that are absolutely 'Classic' in our minds," all of which, they note, "through some great cosmic mix up, are not in print and/or not available for streaming."

Two of these, Andy Grooms' Grateful To Burn (2004) and The Glass' Concorde (2003), were made in Memphis by Memphians. The other two, Dixie Dirt's Springtime Is For The Hopeless And Other Ideas (2002) and Dave Quanbury's In The Meantime Let’s Attend To Our Pleasures (2014), have their provenance in Knoxville and Austin, respectively.

Most Memphians who were around in the early aughts will agree that Grooms' album is a stone classic. Produced by Kevin Cubbins, Grooms' former bandmate in the Pawtuckets, the record manages to have a clear sonic identity even as it remains wholly unpredictable.

Part of that is due to the band, starting with the drumming of John Argroves, who somehow manages to be both rock-solid and fluid. Like magma? Most importantly, Argroves leaves space for the other players (Grooms on keys, Jonathan Wires on bass and Clint Wagner on guitar, plus assorted guest players) to create their harmonic textures.

And for the most part, the sound boils down to these players on traditional instruments. While most of the world was going nuts for the bells and whistles of sampled sounds in their mixes of the era, Cubbins wisely lets the players shine, unplugged. Having said that, there are some delectable sonic touches throughout. Spacey guitar graces the blend of acoustic guitar, piano, bass, glockenspiel and thundering drums on the opener, "One Billion Anonymous Poets," which also ends with subtle, churning synth growl. In a less ethereal way, the warble of tremolo guitar gives the acoustic stomp of "Mary Or Mephisto" some teeth.

Many more sonic flourishes follow, with touches of strings and horns grounding the sound in the traditional territory once mapped out by the Band, yet taking it even further — as with a weird free jazz breakdown in "Constant Reminder" that yields to a poignant jazz trumpet solo. The common factor in nearly all the tunes is Wagner's sensitive nylon-string guitar, which always seems perched on the listener's ear.

All in all, this minor masterpiece is a bit of bummer, chronicling the dissolution of Grooms' marriage, but remains cathartic for all that. And while Grooms is now based in Missouri, turning up in Memphis only occasionally, this record remains as a testament to the brilliant musicianship that has always graced this city. 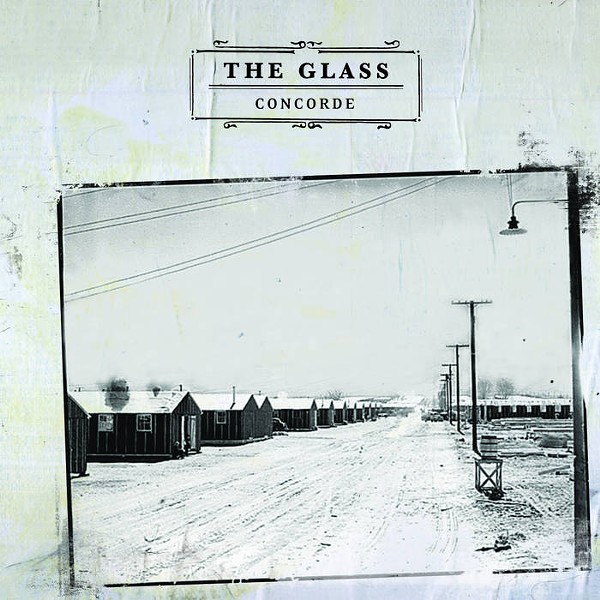 Also on deck from the Memphis league is The Glass. Argroves' magic is on display here as well, joined this time by Tommy Pappas on bass, Justin Minus on guitar, and the band's visionary, Brad Bailey, on vocals and guitar. The overall effect is a more conventional two-guitars/bass/drums sound, but no less finely wrought than Grooms' album. Here, the greater electric heft is put in the service of even slower jams swirling with chiming ostinatos. A tasteful heaviness-that-swings is brought by Argroves, giving the introspective vibe some forward momentum.

In all, two albums from a bygone era entirely worth celebrating. Revisit them and marvel once again to the power and sensitivity of Memphis players whenever they gather together in a room and make the air move.