One of the new categories in this section, "Best Place To Meet Singles," isn't really new. At one time, we had it, or a variation of it, but quit for reasons long forgotten. In fact, in the Flyer's very first Readers' Poll, in 1994, we asked for "Best Place To Meet Mr./Ms. Right" along with an awfully similar-sounding "Best Place To Meet 1st Date." For the former, church and The Peabody got number one and number two. For the latter, the positions were reversed.

Flash-forward 12 years to the current "Best Place To Meet Singles" category, and the winners run in this order: 1) Church 2) Online 3) Grocery Store. It's a case of everything old is new again and vice versa, with church being a mainstay and the Internet, still a novelty when our poll began, making its first appearance in this category.

If you're going to hand your money over, you might as well do it in style. Horseshoe's wealth of bars, bonuses, and buffets almost makes you forget about the difference in size between your wallet now and your wallet three hours ago.

The Brooks isn't some stuck-up, high-society art museum. Sure, it has plenty of fine paintings and sculpture on display, but it also knows how to throw down. Each year, the museum hosts Brooks Uncorked (one of the largest wine-tasting events in the city). They've also earned their hipster cred by screening indie films and occasionally hosting local rock bands.

Nestled in an unassuming corner of the Laurelwood Shopping Center, David Lusk Gallery has been a staple over the last 11 years for anybody looking for that artful touch of sophistication -- something really cool made with paper bags.

BOM 1. Playhouse on the Square

Playhouse on the Square had a strong 2005-'06 season that featured such hits as Aida and Fiddler on the Roof. The next season -- with Cat on a Hot Tin Roof, Caroline, Or Change, and Big River, to name a few -- promises to be even stronger, and we can't forget the Batman-esque spotlight guarantee reminding nighttime Union Avenue traffic of the bigger and better facilities to come.

1. Studio on the Square

If a film's getting Oscar nominations or festival wreaths, expect to find it at Studio on the Square. Don't forget your popcorn, wine, and cheese.

1. The Links at Galloway

3. The Links at Overton Park

This year's results prove that there's still no better place than a pew to hang out and get your weekly dose of "God 'n' Girls" (or Guys).

There really is nothing like a nighttime river walk, with the DeSoto Bridge illuminating the background and the sound of the river current keeping you company. Guys, a word of advice: I know it seems like it'd be really funny to throw her in, but for some reason girls don't tend to appreciate the humor in that. 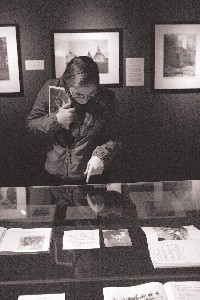 The best part of the zoo experience is hearing the kids make that howler-monkey noise the entire drive home.

It's good to see we're getting our mileage out of that FedExForum. Now if we could just win a single game in the NBA playoffs.

FIBA World Champion and MVP, NBA All Star, Grizzlies poster-boy -- Pau's done it all. Unfortunately, his broken foot from the FIBA finals will put a damper on his 2006-'07 season with the Grizzlies. At least he's still got the beard. 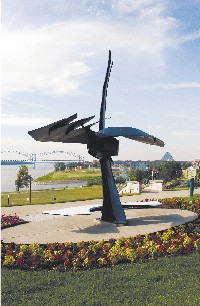 First of all, props to Houston Rockets maestro Shane Battier for cinching two of the poll's spots despite his turn to Texas. But the focus really does belong on our man DeAngelo, whose name was mentioned in the same breath as Reggie Bush's for the 2005 Doak Walker Award and who finished seventh overall in the 2005 Heisman race. Who would have thought that U of M football would ever be on the map?