The residency program at Crosstown Arts draws artists in all media to the heart of Midtown every year, and, despite the limitations of the pandemic, it is carrying on this fall, albeit with fewer participants. Having been a resident last year, I can attest to the inspiring exchange of ideas that the program can bring, as artists typically gather for field trips, artist talks, and weekly meals and meetings. This fall, most such activities have gone virtual, but the real-world benefit of studio space in one of Memphis' creative hotspots remains. For residents focused on music, such a space can be doubly attractive, as they gain access to one of two studio houses next to Crosstown Concourse, respectively known as Grandma's and Grandpa's houses.

This fall saw a dramatic upgrade in Grandma's house, with the temporary addition of a grand piano. Done at the behest of classical pianist and resident composer Maeve Brophy, it has transformed the house into the perfect venue for recording virtual recitals, and Brophy has modified her original plans to make the most of the opportunity, beginning with the posting of pre-recorded videos on YouTube, then complemented with live-streamed recitals, starting this Saturday, October 24th, at 7 p.m. on Facebook Live. 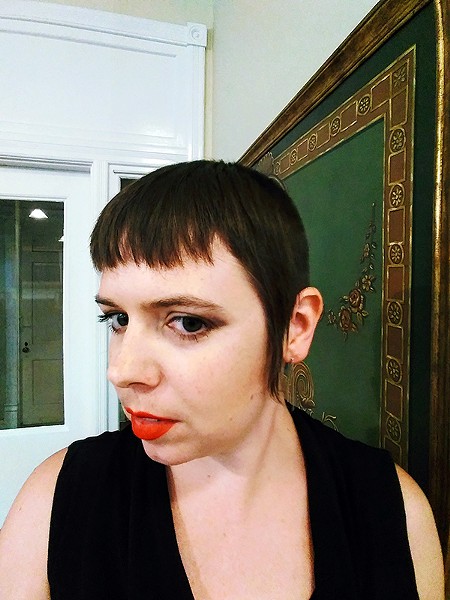 Memphis Flyer: It seems having a grand piano at Grandma's house has given your time as resident composer a new direction. What are you focusing on now?

Maeve Brophy: I do compose, as well, but then I thought maybe Grandma's house would be a space where I could focus more on this other project. My goal is to help increase awareness of works by relatively unknown composers, who were not taken seriously in their lifetimes because they were either women or they were not white. That's the body of work I'm drawing from. And this fall I'm focusing on women in particular. It's something I can contribute to this great movement to right a great injustice of classical music, the fact that these composers were not taken seriously and had to fight to be recognized, and then their work became neglected after they died. That's a great injustice and a great tragedy. I'm just trying to do what I can to right that wrong.

How do you find these under-recognized compositions?

There's a file sharing site that all classical musicians use, called IMSLP. It's for public domain sheet music, including a lot of lesser-known composers. And that's where I found a lot of the pieces that I've recorded.

I imagine many of those works have never been recorded.

Yeah. Or there might be, like, one recording. Actually, two of my Florence Price videos are the only existing recordings, at least that I can find, on the internet. My YouTube videos are all there is! [laughs]. And that's kind of the point of this whole project.

Even among African-American composers like George Walker and William Grant Stills, there are remarkable stylistic contrasts. That's educational in itself, just to see the diversity within the diversity.

Yes, that is very true. For example, there are so many women composers, I don't have the bandwidth to do all of them. Women have been writing since music was first written down. My favorite time is the early 20th century, but even within that period, you still have throwbacks to Romanticism mixed with modern approaches. Like Blanche Selva. Her piece, "Cloches dans la brume," was written in 1904, which I was shocked to learn. It was very forward-looking.

But there were also women writing in the classical era, contemporaries of Mozart and Beethoven. I just recorded a piece by Josephine Aurenhammer. Right before the lockdown, in February, I played a recital at Buntyn Presbyterian Church, featuring women and African-American composers. Her piece is a set of variations on a theme from The Magic Flute. It's fun and brilliantly inventive.

It seems you find Grandma's house especially conducive to creating these videos.

I didn't have a good place to make classical videos. I was in an apartment, and it just wasn't an ideal space. But when I saw photos of Grandma's house, I thought, that would be a beautiful place to make videos, if I could just get a piano in there. That led to me contacting Lane Music. Now they're my sponsor. They are providing me with that Kawai grand piano, and they're the ones that moved it in there. Scott Lane has historically been very generous in providing pianos all over Memphis for all sorts of things. So I am very grateful that he generously agreed to sponsor me for three whole months. Over that time, in addition to posting videos on my YouTube channel, I'll be performing live-streamed recitals on Facebook Live on October 24th, November 7th and 21st, and December 5th.