It's been exactly a year since Ballet Memphis loaded out of its custom-built Cordova headquarters and into its sprawling new digs on Overton Square.

"It definitely feels like home," Ballet Memphis' Associate Artistic Director Steven McMahon says, emphasizing "definitely." "We're finding our rhythm," he says. "We want people to feel like they can come in here, you know? A place they want to be. We designed this thing to break the idea dance is only ready when we tell you it is." 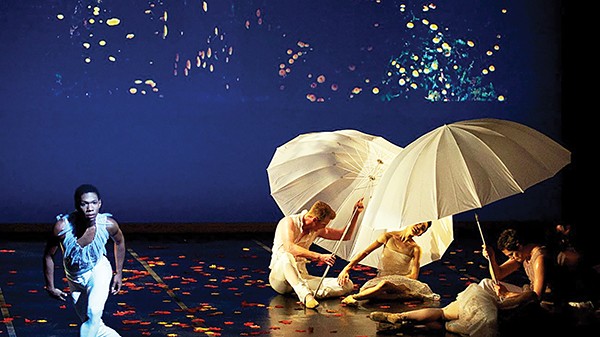 A new work by Ballet Memphis' Ballet Master, Brian McSween, takes a temporal approach to the concept of shelter and security. "He wants people to think about what shelter means in immediate time, as well as in the future," McMahon says. "And also about the everlasting sense that you need a place to go to." The season opener also revives Uri Sands meditative "Salve," and Julia Adams' myth-and-mushroom-inspired "Devil's Fruit."

"Everybody throws community around. Easy word to say," McMahon says, describing a mature ensemble, in synch mentally and physically. "You can tell — especially in Uri Sand's piece — this is all about togetherness."