by Chris Shaw and Flyer Staff

Nashville indie rockers Escondido kick things off on Saturday at the FedEx stage. Formed in 2011, the band's latest album, Walking with a Stranger, is out now.

LunchMoney Lewis represents a small but talented pool of hip-hop acts at Beale Street Music Fest. The Miami-born MC has had over 15 millon streams on Spotify, and his list of collaborations includes a song with Memphis' own Juicy J.

New Orleans­-based '90s alt­rockers Better Than Ezra are perhaps best known for their 1995 single "Good," but the band has continued to make music over the years, and they've developed a loyal following of fans (who call themselves Ezralites — seriously, look it up). 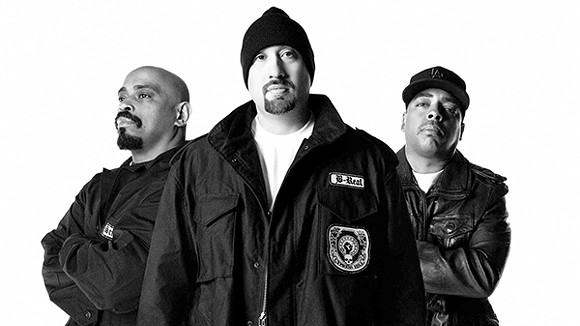 Who can forget the group that sang "Tell Bill Clinton to go and inhale?" Other than Snoop Dogg, no other artist or group personifies what it means to be a stoner better than Cypress Hill, the group that brought you songs like "Hits from the Bong," "Superstar," and "Dr. Greenthumb." Cypress Hill were the first Latino-American rap artists to go platinum, and their music is immediately recognizable, as is B-Real's high-pitched vocal approach. Get ready to go insane in the membrane.

The Barenaked Ladies bring the '90s nostalgia to the FedEx stage on Saturday night. These tongue-twisting Canadian lyricists are anything but one-hit wonders, having released their 12th album last spring.

It's all about the bass when Saturday's headliner takes the FedEx stage. Meghan Trainor has a Grammy nomination and two Billboard awards under her belt, and her second album Thank You will be released less than two weeks after her Beale Street Music Fest appearance.

Little Rock, Arkansas, rock band Amasa Hines call their brand of music "psychedelic afro-futurism," but get to the Rockstar Energy stage early to check out this relatively unknown band in person and decide for yourself.

Rough Trade recording artists Houndmouth have been at it since 2011, but the band really started picking up momentum with the release of 2013's From the Hills Below the City. Much like their label mates, Parquet Courts, Houndmouth has appeared on plenty of late night shows, including the Late Show with David Letterman and Conan.

Nashville's Moon Taxi also earned a spot on Coachella, and their Daybreaker tour sees the band getting a slot on Beale Street Music Fest. Active since 2006, the band played the Late Show with David Letterman and has had television placements from companies like BMW, HBO, the MLB, and the NFL.

Violent Femmes are no strangers to Memphis, having played the iconic Antenna club and, more recently, the Mud Island Amphitheatre. The band has been active since 1980 and are best known for their quirky hit "Blister in the Sun," although they've also had hits with "Kiss Off" and "Gone Daddy Gone." 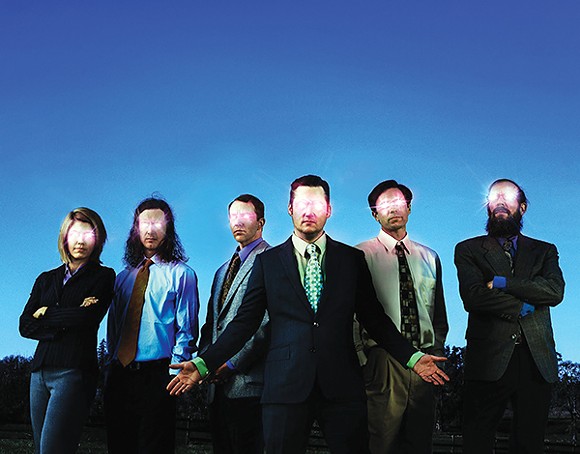 Like this year's other headliners, Modest Mouse is a band that needs no introduction. Formed in 1992, Modest Mouse continually reshapes rock music while simultaneously influencing wave after wave of indie bands. From well-known tracks like "Float On" to deep cuts from their earlier releases, point to any Modest Mouse album, and a devoted fan will give you something to appreciate. Study up, and be there when they take the stage.

Memphian Will Tucker has been performing on Beale Street since he was 14 years old. He's shared the stage with the likes of the Beach Boys and Charlie Musselwhite, and his band opened for B.B. King five separate times. Tucker has long been considered one of the best young blues guitarists in the region. His latest album Worth the Gamble came out last year.

Jonny Lang had a platinum-selling record at the age of 15, and by 17, he'd been nominated for a Grammy. Since then, he's been packing out venues and touring with the likes of the Rolling Stones, Aerosmith, and Sting.

Americana-folk artist Lucinda Williams' set will likely be a collection of the slow-burning country grievances and blues-infused, slice-of-life songs she does so well. In 2002, TIME named her "America's best songwriter." Any self-respecting country fan should catch her set while the sun sets over the Mississippi River.

Grammy Award-winners Los Lobos need little introduction, having been at it since the '70s. Their Tex-Mex rock-and-roll has been celebrated by fans for decades, and in 2015 the band was nominated for induction into the Rock and Roll Hall of Fame.

The king of Memphis has been on a tear lately, releasing hit after hit of club-ready, social-media-referencing rap songs. If Yo Gotti keeps up his summer show at Mud Island, this could mean that two epic outdoor Gotti concerts are heading your way soon. Yo Gotti put the city on his back, and his love for Memphis is well-known. Don't miss Yo Gotti, and remember, it goes down in the DM.

Jason Derulo spent years writing songs for artists like Diddy and Lil Wayne, but he always wanted to step into the spotlight. One of the few R&B artists coming to Beale Street Music Festival, Derulo's radio-ready pop songs sound like he took notes from Chris Brown and Sean Kingston.

As one of 14 children born to R.L. Burnside, Duwayne Burnside picked up the guitar at a young age. Since then, he's played with the North Mississippi Allstars and Junior Kimbrough, in addition to playing big-name festivals like Bonnaroo.

Charles Wilson, better known as Uncle Charlie to his fans, was the singer of the Gap Band before going solo and racking up 11 Grammy Award nominations. Artists like India Arie and Jamie Foxx have paid tribute to Wilson, but even without the admiration from big name musicians, Wilson's extensive catalog speaks for itself.

Another representative of Canada (the 2016 Memphis in May tribute country), Jack Semple was the lead singer of the band the Lincolns before forming the Jack Semple Band and releasing eight albums, including two live records.

Legendary harmonica player Magic Dick recently teamed up with Shun Ng to create one of the most unique duos in recent memory. The two play stripped-down versions of blues standards as well as originals, and Shun Ng's staggering guitar work will leave you begging for more.

Luther Dickinson might be best known as the lead guitarist and vocalist in the North Mississippi Allstars, but he's made a name for himself as a solo artist as well. Keep your fingers crossed that Dickinson brings frequent collaborator (and Music Fest performer) Mavis Staples on stage for a song or two.

Memphis guitar slinger Ana Popovic has shared the stage with the likes of Buddy Guy and Zakk Wylde. Her latest album TRILOGY was produced by Grammy Award-winner Warren Riker.


Local music photographer Sam Leathers spent all weekend at Beale Street Music Fest shooting for the Flyer. A little bit of mud couldn't stop the party down at Tom Lee Park, and Beale Street Music Fest goers braved the elements to catch big name artists like Neil Young and Cypress Hill. Here are some of Sam's best shots from Friday and Saturday.