This local heroine up and got hitched to Austin's Will Sexton, and now they're inseparable, both onstage and off, to great musical effect. Her upright bass playing and plaintive singing lead the group through her original songs, with echoes of country, gypsy jazz, blues, rockabilly, and moody mambo.

Co-founder of Grammy-winners The Civil Wars, White has more recently pursued a solo career in the same vein of traditional American songwriting. Starting with basic folk-rock instrumentation, he'll then add subtle atmospheric touches to his arrangements. Fresh off a collaboration with Rodney Crowell, he's clearly on a roll.

L.A.-based folk-rockers Dawes released their fifth studio album, We're All Gonna Die, last fall. Reminiscent of Jackson Browne's The Pretender, the LP is packed with songs that feel timeless and lived-in, with snatches of bright acoustic guitar, clean electric guitars, and swirls of keyboard chords providing a bed for the lyrics. 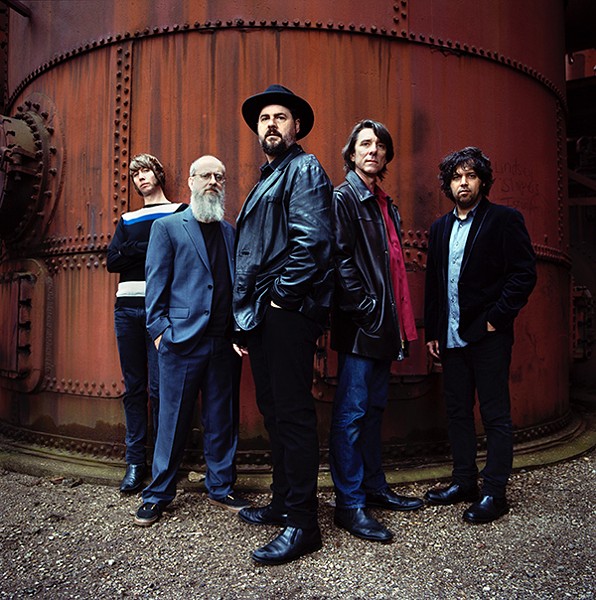 Drive-By Truckers are the undisputed kings of alt-country. An essential track is "Self Destructive Zones," their gritty ode to a hair-metal guitarist who is on the verge of commercial success until Kurt Cobain takes grunge mainstream overnight and puts an end to the era of hair and "pointy, cheap guitars." 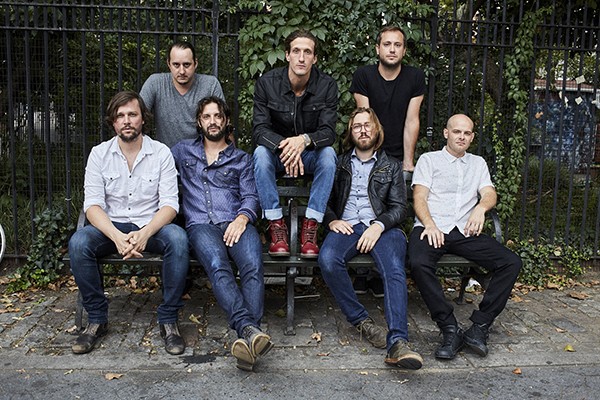 If you need more saxophones in your life, The Revivalists have you covered. Fresh from the New Orleans Jazz and Heritage Festival, this soulful septet is bringing its infectious dance beats to the Bluff City. Not unlike last year's sultry soul-rockers, Nathaniel Rateliff & the Night Sweats, The Revivalists bring back vintage funk and roots-rock styles.

Formed in Nashville in 1999, family-band Kings of Leon began with a sound not unlike a punk-rock Creedence Clearwater Revival. Now, the band has turned stadium-sized, with seven studio albums, 12 Grammy nominations, and four Grammy wins under their belt. Kings of Leon released their most recent album, WALLS, last fall.

This white rapper from Frayser has proven himself legit, working with Three 6 Mafia and others for over a decade and regularly showing in the U.S. rap charts. Known for his rapid-fire delivery, he's staked out his own style both musically and pharmaceutically, creating a blend of medical cannabis.

South African siblings by way of Arizona, this musical family treads the slightly rockier side of pop with four-to-the-floor stompers colored by synth and accordion textures. Produced and polished, they nevertheless bring some surprises to their compositions, with clever hooks, breakdowns, and singalong choruses.

Not exactly a throwback, not exactly a "contemporary act," New Orleans rockers Mutemath embrace the freedom of 1960s rock-and-roll without sacrificing modern relevancy. 2009's Armistice was the band's biggest hit on the charts, but 2015's Vitals might be their most confident effort.

Dirty South vet 2 Chainz has had an incredibly long and diverse hip-hop career since his 1997 debut with Playaz Circle. He's worked with everyone from Lil Wayne to Drake and Kanye, while keeping up a vigorous schedule of solo releases that made him a pioneer of trap. Consistently creative and usually ahead of his time, 2 Chainz looks to light up the Bud Light Stage audience.

Genuine pop hitmakers come along only so often in a lifetime, but Pittsburgh rapper Wiz Khalifa is absolutely one of them. From the early days of "Say Yeah" to his most recent No. 1 "See You Again" (a tribute to the late actor Paul Walker, which spent 12 straight weeks atop the Billboard charts), Wiz can certainly be relied upon.

This Memphis band wowed audiences at South by Southwest this year and is energetically promoting their new album, which takes their earlier work in a more eclectic direction. Blending horns, fiddle, and layered harmonies over a solid rock foundation, with forays into old-world music, their shows are guaranteed to energize.  (See Cover Story on p. 10) 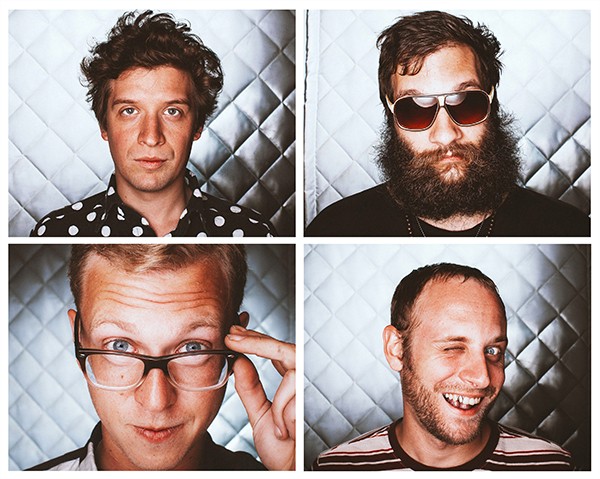 Folk-rock without being retro, and boasting an unpredictable gritty streak, this Rhode Island outfit is now in their 10th year. Steadily growing into a bigger sound with more recent albums, with the addition of keyboards and occasionally horns, the group walks a fine line between Americana and innovation.

Three-time Grammy nominees Highly Suspect are an alt-rock group from Cape Cod. Formed by brothers Rich and Ryan Meyer with their friend and guitarist, Johnny Stevens, Highly Suspect are reminiscent of Oceansize without all that impossible-to-dance-to compound measure. Who needs 11/4 when you have songs like "My Name Is Human"?

Silversun Pickups achieved both critical and commercial success with a career built on a foundation of layers upon layers of guitar harmonies. Their debut album, Carnavas, is packed with Billboard-charting singles that set the tone for the next decade-and-a-half of releases that are by turns quiet and delicate and loud and overdriven.

This Ithaca, New York, rock quartet has certainly made its mark on the pop landscape in a relatively short period of time.  The band's 2015 major-label debut VHS features chart-topping singles such as "Unsteady" and "Renegades," and more is yet to come.

Seattle's Death Cab for Cutie has been labeled lots of things over the years: "punk," "emo," "indie-rock," etc. But the truth is, simply, that the band makes great pop music, and there is no greater evidence than their 2003 hit "The New Year."

With a lineage going back to underground blues legends the Fieldstones, the Daddy Mack Blues Band is as "Memphis blues" as it gets. Mack Orr delivers the pain on lead vocals and guitar, and his fine band does the rest.

A Clarksdale native from a family rich with musical heritage, this award-winning harmonica player/bluesman is a perfect fit for the festival, reminding us of the sounds that made Beale Street great. With over 20 years of performing under his belt, expect to hear the blues done right.

Carlos Elliot Jr.'s claim to be a blues pioneer is rightful. The Columbian singer/guitarist has successfully channeled his love for the hill country blues of North Mississippi into a rich stew of Latin and African influences, most notably on 2015's Del Otun & El Mississippi.

Effortlessly combining elements of Delta blues and reggae, Corey Harris has earned his reputation as one of the finest working musicians in the game today.  He already has over 15 albums under his belt, but 2003's Mississippi to Mali might be his best.

Few pedigrees read as strongly as that of Ronnie Baker Brooks, the respected Chicago blues singer/guitarist and son of the legendary (and recently deceased) Lonnie Brooks. His newest album, Times Have Changed, was released earlier this year.

There are supergroups, and then there are supergroups. Big Head Blues Club combines members of the mighty Big Head Todd and the Monsters with well-known blues cats Cedric Burnside and Lightnin' Malcolm and the dynamic Ruthie Foster on lead vocals.  It can't be missed.