Mike D and Ad-Rock Get Personal in Beastie Boys Story 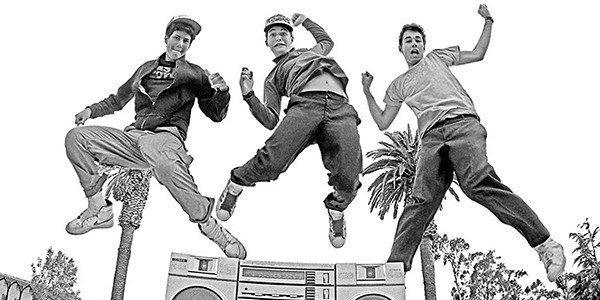 There's a telling moment about 40 minutes into Beastie Boys Story. Michael Diamond (aka Mike D) and Adam Horovitz (aka Ad-Rock) are on stage in front of an audience in an ornate theater setting, recounting the end of their history-making relationship with Rick Rubin and Russell Simmons' Def Jam Recordings. The newly minted music moguls, Ad-Rock says, didn't care about the group. They just wanted some white boys to make rap palatable to middle America. "We could have been anybody."

But the story of the Beastie Boys' career, from their origin as a four-piece hardcore punk group in 1980s New York to their final show playing to 100,000 people at Bonnaroo 2009, makes the case that things were more complex than that. Yes, they happened to be in the right place at the right time, but the chemistry between the three best friends from New York City was crucial in what happened next. 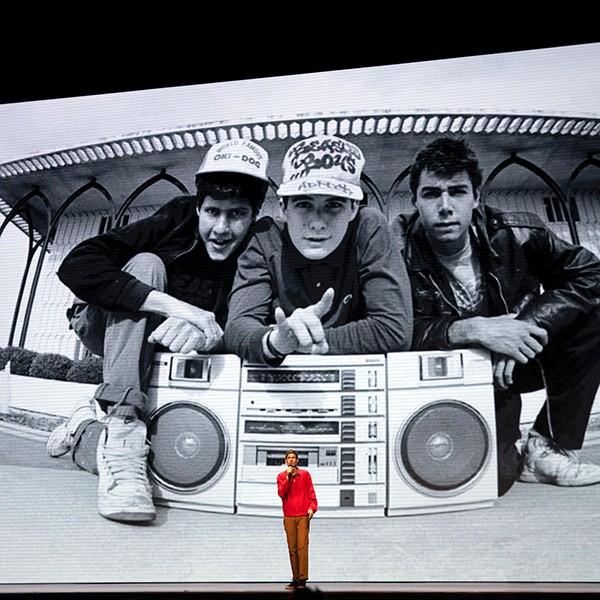 Directed by frequent Beasties collaborator turned indie legend Spike Jones, Beastie Boys Story is not an exhaustive, Beatles Anthology-esque chronicle of a band whose commercial and artistic significance continues to grow over time. Instead, it is a document of a live lecture tour by the two surviving Beasties, which originated as a hybrid book tour for last year's Beastie Boys Book — which is kind of an exhaustive, Beatles Anthology-esque chronicle.

There's a big difference between an artist telling a story in their own words and an author bringing in a more objective viewpoint. The view is from the inside looking out. The boys talk about what it felt like to play Madison Square Garden, but without an outside voice, we never really get a sense of what a pop culture avalanche License to Ill was in 1986-87.

The biggest missing voice is Adam Yauch (aka MCA), whose death from cancer in 2012 ended the Beastie Boys story. If there was an indispensable member of the Beastie team, it was MCA, who Mike D and Ad-Rock credit with basically all of their best ideas. (The identity of the Beastie who came up with the idea for the giant inflatable penis erected as the climax to their Fight for the Right to Party tour has apparently been lost to the ages.) Even in the early days, when Ad-Rock says he spent his downtime from touring "doing drugs," MCA went on a pilgrimage to Tibet that led to a spiritual awakening and, eventually, the Free Tibet festival series. The Dalai Lama, MCA said, was a "funny guy."

What Beastie Boys Story lacks in detail, it makes up for in pathos, a word you probably wouldn't have associated with the guys who wrote "Cooky Puss." The feral teen Beastie Boys have aged into the Beastie Dads, with Mike D sporting a plain gray sweatshirt and khakis suitable for carpooling. Their grief over MCA's death remains raw, with both of them choking up at the mention of his name at various points. While discussing the misogyny of early records like "Girls," they have the kind of frankness a parent takes while trying to talk a teenager out of making the same mistakes they made when they were your age. If you're looking for a dish session on one of Gen X's most famously debauched scenes, you're out of luck.

Beastie Boys Story is a must for fans, but the full story of the band will have to wait for another, more objective, teller.