Call me basic AF. But Birds are fun AF. Will they *super official voice* "change the face of Memphis transit?" DKDC. They're easy, fast, cheap, and a little dangerous (sounds like a pulp novel). Fight me, bro. I'll die on this hill, until I bust my ass on one. — Toby Sells

It's been hard to watch Gannett gut The Commercial Appeal and drive our once-proud daily into near-irrelevance. It started with layoffs and continued with a rash of laughable-but-awful typos, and obliteration seems to be Gannett's end game with jacked-up subscription rates. Memphians see you, Gannett, and we ain't happy. — TS

The University of Memphis hired Tiger legend Anfernee "Penny" Hardaway to breathe life into a basketball program that had fallen on hard times in recent years under Josh Pastner and Tubby Smith. A former All-America at then-Memphis State and first-team All-NBA player with the Orlando Magic in the mid-'90s, Hardaway immediately signed the city's top two recruits — Cordova High School's Tyler Harris and Alex Lomax, who helped Hardaway win three state titles at East — and targeted none other than John Calipari's Kentucky Wildcats among future Tiger opponents. Can one man — one Penny — fill seats at FedExForum when the likes of South Dakota State visit the Tigers on a December night? We're convinced the answer is yes. — Frank Murtaugh

When the Confederate statues were removed from city parks late last year, it was the culmination of months-long efforts by city officials and local activists. The statues were symbols of an unsavory past. It was long overdue for them to come down and for Memphis to be propelled out of a past marred by racism and into the modern era.

The Best Gathering of People

On the 50th anniversary of Dr. Martin Luther King Jr.'s death, thousands gathered peacefully Downtown to commemorate the civil rights leader. It was unlike anything I'd ever seen before in Memphis. People of all different shades stood side by side that day, paying homage to a man who quite literally died to make scenes like that possible. — MS

Many school classrooms have a beloved class pet: perhaps a cute little hamster, or maybe even a lizard? Kirby High School, however, took it to the next level by playing host to a swarm of rats. The school closed for weeks, and the district is preparing to divide the students up between several different schools until the new year. On a serious note, it's an extreme example of the issues Shelby County public school students have to deal with.

Dead Poets Society is a cinematic classic featuring a top performance by the late Robin Williams. During a trial's closing remarks, Assistant District Attorney Joshua Corman decided to pay tribute by standing on a desk similar to Williams' character, John Keating. What seemed to be forgotten amid the dramatic reenactment is that Keating is fired at the end of the film. Coincidentally, Corman's website now lists him as a "former prosecutor." — SC

Memphis is about to turn into a soccer city with the introduction of 901 FC. The team will kick off its 2019 season as a member of the United Soccer League, the second tier of professional American soccer. With experienced staff in place and Tim Howard on board as an advisor, Memphis' soccer contingent can't wait for the season to kick off.

The City Council was up in arms over a zombie-themed mural overlooking Lamar by local nonprofit Paint Memphis. The mural, which the council called "satanic" despite no overt religious motifs, was deemed offensive enough to merit censorship. The only problem? The city scrubbed the wrong mural, painting over other, not-so-undead murals elsewhere. — Jesse Davis

Critics of the city's (now aborted) plan to remove a civil rights-themed mural Downtown called the move "mystifying." The mural, which is painted on a garage at the corner of South Main and Dr. Martin Luther King Jr. Avenue, depicts a civil rights timeline with historical figures like Ida B. Wells, but some perceived historical inaccuracy and the inclusion of the phrase "Black Lives Matter" had some officials questioning the appropriateness of the mural and calling for its removal. Thankfully, Mayor Strickland vetoed that "mystifying" idea.

Okay, so this is a fun issue, all about our favorites in the Bluff City, but if we're being honest, 2018 had plenty of "worst of" moments on offer, too. But if there's any reason to be optimistic, I can't think of a better one than this: In March, students from around 20 high schools staged a school walk-out in protest of gun violence. Whatever your thoughts on a solution for gun violence, that such a big group of high school students got involved in such a huge way makes us feel pretty hopeful. — JD

Best reason to Listen to Memphis

Beale Street Caravan has recorded and broadcast some of the best live performances from Memphis for a while now, but this year, with "I Listen to Memphis," they're expanding and evolving. With performances from Negro Terror and Marcella Simien, the program is all over the map, genre-wise, and the addition of a video component puts the project over the edge. What better showcase for the musical diversity of the Bluff City? — JD

Thanks should go to the Tennessee legislature (a sentence I seldom write) for finally passing a state law allowing alcohol sales on Sunday. No longer do Memphians wake on Sunday morning and think, "Oh crap, I forgot to buy booze yesterday," which — let's be honest about it — is a lousy way to wake up on Sunday morning. Now, thanks to the semi-enlightened hicks in Nashville, if you need to pick up a bottle of Maker's Mark to take to your buddy's NFL watch party, you just pop over to your local spirits store, Sunday or not. No more Blue Laws blues, praise Jeebus.

No, I'm not talking about dropping off your Subaru for a lube job. I'm talking about CBD oil, the hemp-based product that is flying off the shelves of various and sundry shops around town. It's purportedly good for relieving anxiety, inducing sleep, and easing various aches and pains, and until the day when our legislators see the light and legalize medical marijuana in Tennessee, it's the next best thing going. It's even good for your pets. — BV

Memphis City Council members Janis Fullilove, Bill Morrison, and Edmund Ford Jr. each won county offices in the August 2nd election. They had the option to resign their council seats immediately, thereby giving their council constituents a chance to vote on their replacements. Or, they could continue taking their council salaries for 90 days and also start receiving the salaries from their new county jobs — the ol' double dip into taxpayer funds. Which option do you think they took? Hint: It involves two paychecks.

A lot of parents take their kids to the Memphis in May Music Festival, hoist them on their shoulders, and let them see the bands work their sonic magic. Some such parents, taking their kid to a Flaming Lips show, might even expect the wild onstage and offstage spectacles that the band is famous for. But no parent can guess that when Wayne Coyne launches over the upraised hands of the audience in his giant bubble, he'll somehow be propelled straight to your child's head, and (harmlessly) roll right over him. One can only surmise that, at that moment, the Lips won another lifelong fan in Memphis.— Alex Greene

Since the digital revolution, all sounds have become possible, and, seemingly, unavoidable. A ukulele can be made to sound like an orchestra, a mouse like an elephant. But amid all this, older inventions persist. Take the Mellotron. A curious Rube Goldberg Machine of an instrument, it was developed over 50 years ago to play tapes of real instruments at the touch of an organ key. Because it uses motors, springs, and tape heads, every performance is uniquely tweaked. Packed houses at Crosstown Arts' Mellotron Variations concerts this spring heard it, especially when a quartet played (probably) more Mellotrons than have ever graced a single stage at one time. — AG

Many live music fans had seen shows at the Memphis Music Mansion before, but few were prepared for the mise-en-scène that greeted us at the Harlan T. Bobo show. Designer Charlotte Davis used once-luxurious curtains to transform the spiral staircase into a wall-to-wall, velveteen tableaux. The focal point was the antique grand piano that had lured Bobo into playing there in the first place. Above the performers hung a crude portrait of "Grandpa Hector," paterfamilias of the Bobo universe. Flanking the piano was a rather eclectic band, including vibes, pedal steel, noise guitar, and cellist Jonathan Kirkscey in his concert tux. It was the picture of decadence, and an ideal setting for Bobo's songs of dissolution. — AG

Local Democrats not only reconstitute defunct party, but within a year's time generate a genuine Blue Wave at the polls. 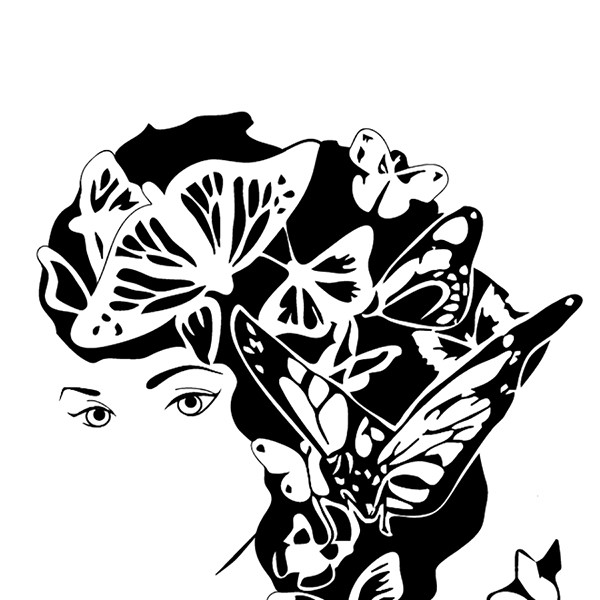 Memphis entrepreneur Journi D'Khaos Prewitt decided, at age 16, that African-American youth needed to read more, especially about their culture and history. Thus was born Black Butterfly Beautiful, a monthly subscription box for ages 5 to 19. Each box is based on subscriber age, gender, and the month's theme, and it contains a book, at least one product from a black-owned business, and other relevant items.

If you're already "Best Chef," "Best Restaurant" and "Best Fine Dining," one would think you were at your zenith, but Kelly English closed his Restaurant Iris this year so he could come up with a new look and a new menu. And people love it. A generous-but-cozy bar greets guests as they enter the now darker but more magnificent-looking restaurant. Food-related paintings, including a portrait of English, grace the walls. And the food is fabulous. As English said of the new menu, "We've pulled in more groups of people that are represented around town. There's a large portion of people who live here that have come here to make our community better and we take notice of that."

Best Views for an Existential Crisis

If you find yourself asking questions like, "What's it all mean?" or "Where do I fit in?" don't go laying all that heavy shit on some unsuspecting friend or stranger at the bar. Instead, bike the West Memphis trails accessible by way of Big River Crossing. You may not find any answers on the other side, but it's peaceful there. And, for shifting perspectives, there's nothing like an unobstructed view of Memphis, hovering on its bluff, like an island in a sea of green. — Chris Davis