The vision Mark Parsell has planted in Memphis for songwriters is taking bloom. After stepping into leadership roles with Memphis Farmers Market and South Main Trolley Night many years ago, Parsell partnered with Brad Matherne in 2015 to create a new venue and record store on South Main that songwriters could call home.

"That's what South Main Sounds is," Parsell explained. "That's how we really put an imprint on the music scene — giving songwriters a place to present original music in Memphis."

This weekend's first annual Big River Block Party is the culmination of Parsell's long-running determination to make Memphis the primary gateway stop for Americana acts, folk performers, and songwriters on the road to the annual SXSW Festival in Austin.

Parsell and festival co-founder John Dillard had been talking for a couple of years about starting a songwriter festival of some kind downtown. "When Folk Alliance moved away from Memphis," Parsell said, "nothing and nobody really came along to replace it." It is estimated that the absence of the Folk Alliance meeting has cost the city of Memphis $2.5M in annual tourism dollars.

While Parsell was in talks with radio station 94.1 The Wolf about possibly expanding their one-night songwriter showcase at the Halloran Centre, he had a chance encounter with Friday night festival headliners The Accidentals, an acclaimed indie-Americana act that was named one of Yahoo Music's 10 Artists to Watch in 2017. Parsell recognized a golden opportunity. The trio adjusted their schedule to make an appearance in Memphis on March 10th, and the festival took root. "Once we had that commitment, we just decided the time was right to take a leap of faith," he said. 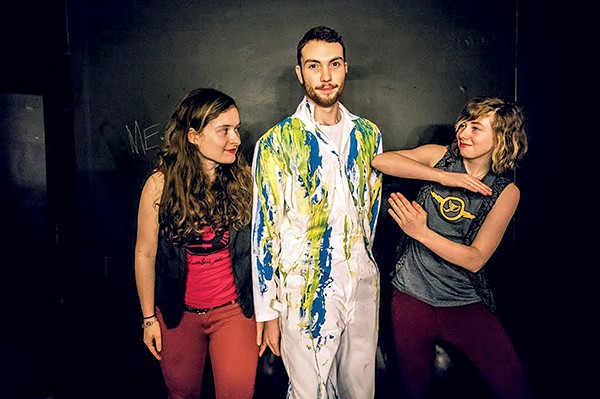 Parsell and Dillard then garnered support from a wide base of influencers, including the Downtown Memphis Commission and developer Henry Turley. With their headliner booked and a weekend of activities to round things out, Big River Block Party was born.

While this year's event won't actually operate in the traditional sense of a "block party," it will be a series of mostly ticketed events that will take place inside of various venues, allowing events to operate rain or shine. "Think Trolley Night but on a larger scale," Parsell said.

The weekend will kick off at the 5 Spot Friday night with music from The Accidentals, Jake Allen, and Talia Keys from 7 to 9:30 p.m. Afterward, the block party's activities will shift to the Dirty Crow Inn, where Jennifer Westwood and the Handsome Devils from Detroit will take the stage at 10 p.m.

That afternoon, there will be a crawfish boil and beer garden in the courtyard behind 550 South Main, featuring music from South Side Supper Club, Tony Manard, Rice Drewry, and 3 Degrees. Throughout the afternoon, there will be a variety of musicians busking along South Main. At Guidingpoint Financial, directly across from the South Main fire station, Shufflegrit will showcase their ability to translate well-known songs into rockabilly stompers.

The Halloran Centre at the Orpheum will cap off Saturday's activities at  7 p.m. when the 94.1 The Wolf Songwriter Fest presents live performances from Sarah Buxton, Casey Beathard, and Barry Dean.

Finally, on Sunday, March 12th, the Block Party will co-sponsor "Turn Up for Tilly," a celebration supporting the charitable efforts of ALIVE Rescue Memphis to help defray the medical costs for Tilly and other rescue dogs. For each $6 donation, guests will be treated to a complimentary Yazoo beer and a raffle entry for special prizes.