A Tennessee appeals court dealt another blow to a Tennessee General Assembly lawsuit aimed at blocking refugee resettlement in Tennessee.

That court upheld a lower court's decision last week to dismiss a lawsuit by state lawmakers against the United States Department of State on the grounds that refugee settlement in Tennessee violates the U.S. Constitution.

The lawsuit alleged that though Tennessee had withdrawn from the federal Refugee Resettlement Program in 2008, the federal government forced Tennessee to continue funding the program by "threatening the state with the loss of federal Medicaid funding." The state said it had to "expend a substantial amount of state taxpayer money" to fund the program. 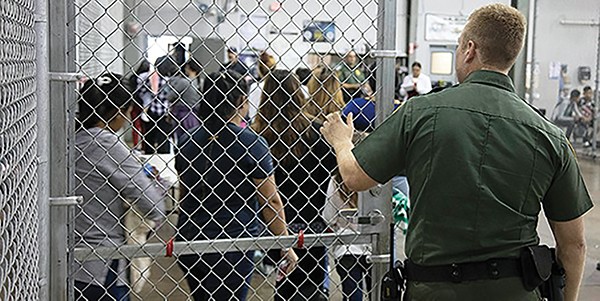 The state claimed that the federal government violated the 10th Amendment through implementing certain statutes requiring the state to provide Medicaid coverage to eligible refugees with state funds as opposed to federal dollars.

The lawsuit was dismissed in March 2018 by a federal judge who ruled there was a lack of standing by the legislature to sue on its own behalf and that the state failed to show that refugee resettlement in Tennessee violates the Constitution.

The Sixth Circuit Court of Appeals upheld that decision Wednesday, also stating that the General Assembly had not established its standing.

"Accordingly, we do not reach the questions of ripeness, statutory preclusion, or whether the General Assembly stated a claim upon which relief could be granted," the court's opinion reads.

Hedy Weinberg, executive director of the American Civil Liberties Union of Tennessee, said she "applauds the Sixth Circuit's decision, which reinforces that this lawsuit should have never been brought in the first place."

"What's more, as a state and as a nation, we value fair treatment of refugees and compassion toward those in need," Weinberg said in a statement. "Our country has a long tradition of honoring these values through our asylum system. There is nothing more American than allowing people the opportunity to seek safety and to work and care for their families.

"Today's decision ensures that Tennessee will continue to uphold these important values. We will continue to remain vigilant and ready to act against politicians' attempts to undermine refugee resettlement in our country."

Lisa Sherman-Nikolaus, policy director for the Tennessee Immigrant and Refugee Rights Coalition, said the legislature used this lawsuit to "stoke fear and division."

"Choosing cheap political points over the sound advice of the attorney general, the Tennessee General Assembly used this litigation to stoke fear and division instead of working to solve real problems facing their communities," Sherman-Nikolaus said. "After two embarrassing defeats in the courts, the legislation must finally put this hateful lawsuit to rest and put our taxpayer resources to better use, such as funding public schools and increasing access to health care. Throughout the debate around the lawsuit, Tennesseans have shown up to defend the life-saving work of refugee resettlement."

Sherman-Nikolaus added, "It is clear that our communities are ready and willing to welcome those seeking safety and protection in our country and will reject efforts by lawmakers to divide us."