For more than 40 years, Bob Levey wrote for The Washington Post as a reporter and columnist, a robust career at one of the country's top newspapers (including being in the middle of the glory days of Woodward and Bernstein).

When he took a buyout in 2004 at age 58, he made forays into running nonprofits and teaching. From 2006 to 2009, he held the Hardin Chair of Excellence at the University of Memphis in the Journalism Department, so he knows this town fairly well, having talked to civic clubs about journalism and what was going on at U of M.

But still, there was that itch: Levey wanted to write a novel. "Writers write," he says. "And this book was in me, looking for a way to get out." 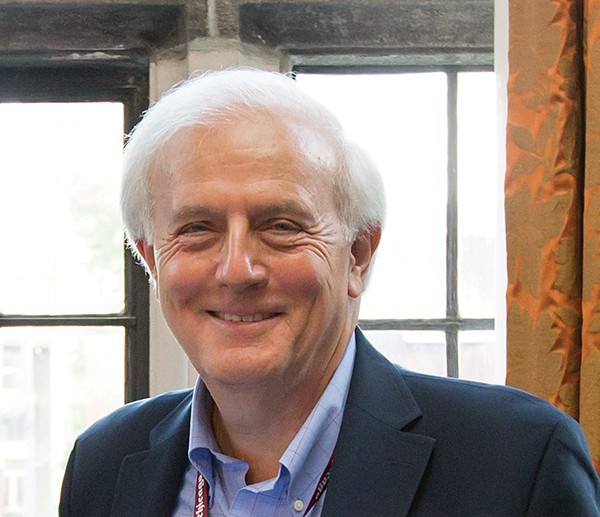 Doing what smart authors do, he wrote about what he knew. "My career in journalism possessed me to write it," he says. "I'd been thinking about the news business, about politics. I do my best work in the shower, and there I was in the shower and I said why don't you write a book? And I said, Okay. And by the time I got down to my toenails, I had fleshed out what I wanted to say."

Larry Felder, Candidate's plot follows award-winning journalist Larry Felder who, at 56, has achieved much in the field. But he also wants to be in Congress. He abandons his secure career and jumps into his district's race where, because of his fame and reputation, he enjoys a comfortable lead over his closest primary opponent. Naturally, complications ensue.

The book is something of a civics lesson in the electoral process as well as a celebration of classic print journalism, the kind with aggressive investigative reporting and snark in the newsroom. The sort of newspapering that, sadly, exists more in history than in the present.

"I love local news," he says. "In many ways, local news is more accurate if you want to know what's really going on in the world." But the decline of the local press is painful for Levey.

"It's a disaster," he says. "Some big newspapers are being rescued by the likes of Jeff Bezos and Carlos Slim, the Mexican financier. But local news coverage is disappearing because it doesn't fit with some overarching marketing plan or with where they think their circulation base is going to be, and that's terrible because nobody's going to pick up the slack for that, unless it's a couple of 400-pound bloggers sitting in a bathtub somewhere, and that's not good enough."

Of course there's the World Wide Web, making information available instantly throughout most of the world. But Levey's not sanguine about it. "The internet cannot do what good local newspaper coverage can do," he says. "It hasn't been monetized or it hasn't been set up to try to do that."

Levey went to work at the Washington Post as a general assignment reporter in the Metro section in 1967. Legendary editor Ben Bradlee hired him and to this day, Levey salutes him for what he taught and for standing by his reporters. And if you want a sense of what Bradlee was like, Levey suggests the 1976 film All the President's Men. It famously stars Robert Redford and Dustin Hoffman as Woodward and Bernstein, but the late Jason Robards took the role of Bradlee and, Levey says, nailed it.

"I've never seen an actor inhabit a character the way he did in that film," Levey says. "I knew Bradlee for decades, and Robards got him cold — the voice, the intonations, the body language, the way he curls his mouth, the way he puts his right foot up on the edge of the desk in the newsroom when he's talking to you. It's just perfect."

The film's producers recreated the newsroom in California, and they wanted it authentic, right down to the trash. "So for weeks, we put our garbage into big cardboard barrels that were shipped to California and strewn around the mock newsroom. The closest I'm ever going to get into Hollywood stardom is seeing some of my Styrofoam coffee cups in the movie. Authentic trash is my middle name."

Levey will sign copies of his novel Larry Felder, Candidate and discuss his time at The Post, Watergate, writing, and the current state of journalism on March 22nd from 4 to 6 p.m. in Spain Auditorium in Buckman Hall on the campus of Christian Brothers University, 650 East Parkway South. The event is free and open to the public.