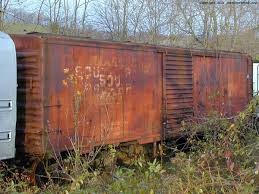 [This story was first published in the November 1982 issue of Memphis magazine. It was re-published as part of the magazine's 25th anniversary issue last month. Box Car Eddie died in 1990. HamptonSides is currently a freelance writer living in Santa Fe, New Mexico. His latest book, Ghost Soldiers: The Forgotten Epic Story of World War II’s Most Dramatic Mission, is being published by Doubleday this month.]

Some people have an uncanny way of getting by.

In Manhattan they’ve got people who live in asbestos bags. Out in Hong Kong Harbor they’ve got whole families floating in wooden shells no bigger than a bathtub, and up in Idaho you can find communes of the Rainbow People raising kids out of old school buses resurrected from the scrapheap.

You might call it creative living; you might just call it making do. But the bag ladies and the boat people of the world would be hard-pressed to match the ingenuity and the charm of Memphis’ most conspicuous freeloader, Box Car Eddie.

Eddie, if you haven’t already noticed him, is the Southern Railway junk man, the nocturnal scavenger of the Highland Strip, the gangly gentleman with the floppy white fisherman’s hat and the Bermuda cutoffs who always flashes a toothless smile and waves back if you call out his name politely.

He’s the one who inhabits that eclectic assemblage of crates and carpet remnants and pallets and buckets and two-by-fours -- his friends call it “the mansion” -- which stands defiantly against the elements and the traffic and the locomotives on the unlikely strip of sod between railroad tracks and Southern Avenue.

If he’s not snoozing inside, he’ll be stooping over his melon patch or burning trash in his incinerator or just ambling down the Strip running errands for proprietors. You can’t write him a letter, and you certainly can’t call him on the phone. But you can almost always find him puttering around the homestead making himself useful in the afternoon shade. And late at night when the tide goes out and the people go to sleep, he’ll be out collecting driftwood from the streets and the alleyways to add to his fortress.

If a man’s home is his castle, then Eddie is most assuredly a king. He’s lived in the boxcar mansion for over a year now, braving the cold of winter and the heat of July, defying the odds and the Health Department, enduring the late-night carousers and the three-engine trains. Box by box, board by board, Eddie has steadfastly built up his little castle, despite the traffic jams and the jeers and catcalls from people who have considered his masterpiece an eyesore. He has had to weather hailstorms and legal hassles over property rights. He has had to convince shop owners up and down the street that he means his business, that he’s here to stay.

But Eddie has persisted and he has convinced. And somewhere in the process the strange house that he’s built has become something of a Memphis landmark, an indelible piece of the city’s furniture, like an ant-hill in the thick of things that won’t go away.

Box Car Eddie is 60 years old, and he has a real name -- Edward Jerome Williamson. He prefers for you to call him Edward, if you will. Sounds more respectful, he says. Edward has a thing for formality, and he goes to great lengths to get people’s names down right. It’s the way he operates. If you tell him your name is Dave, then he’ll call you Davidson every time. “I like for people to call each other by their correct names,” explains Edward in a deep resonant voice that moves so slowly that you can almost hear him think. “But in the course of matriculative civil relations, people are given to various abbreviations and the names get shortened and nicknames form. I guess I understand that, but I don’t like it.”

It might seem odd that someone who lives so informally would be such a stickler about proper names and proper language. But Eddie is the kind of person who will stand on the street corner, with his dress shirt unbuttoned to his navel, brushing his teeth and talking to some ordinary Davidson or Jonathan about the makeup of the stratosphere. He’s the kind of person who collects garbage and talks about aesthetics with this morning’s shaving cream still on his face. You might say he’s got a little of the absent-minded professor in his blood. “I can’t get to sleep a lot of nights,” he complains, looking vacantly out over the twilight traffic on Highland. “I’ll be laying in my bed in there just thinking about some idea running through my head. I’ll just be thinking. Thinking about some crazy, way-out idea, you know, some kind of something that won’t have a thing to do with my life and this place here.”

Edward was never a professor, but he says he went to college once. And he has always loved to read. He used to go to the library when he was a kid and sit at the table with a pile of books and spend the whole day reading. He liked to read about politics and architecture and meteorology and physics. He graduated near the top of his class at Manassas High in 1940 and then went to Chicago to read, he says, more books at Loyola College. He always read the papers and kept up with local elections, even though sometimes he found that people didn’t want him to vote because he was a black man. But he always read and kept up and studied anyway, until one year when he started seeing black dots before his eyes and the doctor told him he had glaucoma.

Eddie doesn’t read so much anymore, but he does like to talk, and he will talk to you about anything under the sun. He’ll tell you about the time he saw tadpoles and minnows raining from the sky. He’ll tell you about hopping trains in Milwaukee, and finding factory work up North and serving in the Army before the War. He’ll talk to you about the childhood days in the Klondyke section of North Memphis, about Beale Street in the Thirties, and about his jobs in print shops and plants in Memphis and Chicago and all points in between. He’ll offer you a bent filterless Camel, and explain how his study of architecture back in school influenced the subtle design of his boxcar mansion. He’ll talk about his rough times and his bright times, and he’ll tell you about the day ten years ago when he was breaking up concrete and wound up breaking his back.

Just like the Sanford and Son-style house he lives in, Eddie is a composite of many things. Sometimes he sounds like a very wise philosopher, and sometimes he sounds like a hardened tramp of the streets. He can be abstract enough, like when he discusses his theories of constitutional government (although they aren’t that easy to understand), or he can be down-to-earth, like when he talks about how he’s going to keep warm this winter. Maybe he’ll have a beer in his hand on Saturday night, but every Sunday morning he’ll decide to try out a different denomination and he’ll go to church. He’s a bit of a disappointment to his friends who want to have him baptized in the holy water of their church once and for all. But like Huck Finn, Eddie just can’t be reform-ed. He’s an inveterate freethinker, a loner, and you can’t change him for the world.

“You can’t tell Eddie how to live,” assures Houston Brown, owner of the Southern Meat Market across the street, and a good friend of Eddie’s. “He’s as honest as the day is long and he wouldn’t hurt a soul, but you can’t tell him how to live. He likes to live by himself. He lives the way he does because he chooses to live that way.”

But by choosing to live beside one of the busiest intersections in town, Eddie has inadvertently made himself a public figure. People want to know what he does with his time and why he lives in a pile of crates. Some make fun of him and throw things at his house. Some try to help out in small ways, and others just stare in sheer disbelief when they drive by.

Plenty of people -- church people, government people, charity people -- have come over with a fierce determination to convince him to change his way of living, and left unsuccessful. Folks with hearts in the right place give him clothes from time to time, usually around Christmas or Thanksgiving, but he gives them to Good-will more often than not. One time some officials from the Health Department tried to put him away in a home, but Eddie refused and that was the end of that.

It is not an easy life living like he does, working odd jobs and keeping odd hours and sleeping with the weather in a mildewed waist-high shack propped precariously in the middle of the city. But the people who know him well will tell you that he wouldn’t have it any other way. They will tell you that Eddie is happiest when he’s left to his own devices, salvaging grocery carts and broom handles, growing his own popcorn and melons. “He’s just a pack rat is what he is,” says Brown in his butcher shop. “He’d die in a year if he couldn’t keep on collecting things and doing like he likes to do.”

“If I could do anything with my life,” says Eddie, “I would like to be a source of inspiration to people. They could look at me and see a man who has sort of made something out of nothing. I still don’t really have anything, but I do have a little peace of mind. And that’s something a lot of folks in big fine homes don’t have.”