The Economic Development Growth Engine for Memphis and Shelby County (EDGE) awarded its first residential payment-in-lieu-of-tax (PILOT) incentive last week for a 108-unit multifamily residence to be constructed at Madison and McLean.

EDGE's residential PILOT program was created earlier this year on a test basis after a push from city and county officials to include multifamily residences in the organization's incentives. The organization agreed to do 10 projects during the test phase.

The group applied for an eight-year tax abatement from the Downtown Memphis Commission's Center City Revenue Finance Corporation last year, but never presented the application to the board. But last week, the company was awarded a 14-year tax abatement to construct the residence named for its location — Madison @ McLean.

Costing about $14 million, the 132,477 square-foot complex will occupy the entire block between McLean and Idlewild to the south of Madison.

The four-story building will be constructed above a 127-space parking garage with additional parking spaces along Madison.

Though rent is estimated to be about $1.50 per square foot, approximately 22 units will be reserved for low or moderate income residents — a requirement of the EDGE program.

Similar to other EDGE PILOT programs, a little over $3 million has to be spent contracting city- and county-certified minority and women business enterprises (MWBE).

EDGE officials say the future site of Madison @ McLean, currently producing $25,000 in taxes, will produce about $90,000 in tax revenue during the PILOT term and about $364,000 post-PILOT.

The group expects residents to be able to move in about nine months after construction begins, which is set to begin late this year or early next. 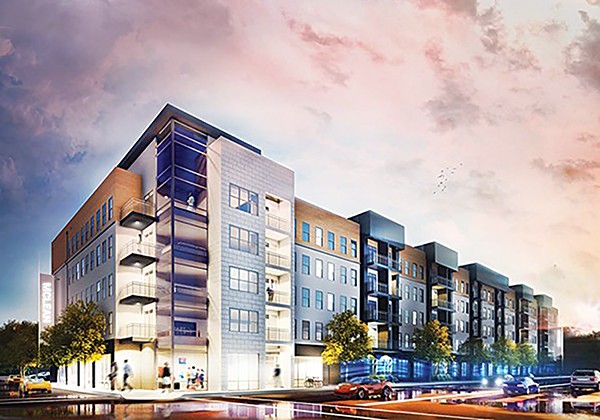 Last week, EDGE also awarded a 15-year expansion PILOT to electrical manufacturing group Thomas & Betts for the company to invest in and renovate a new space in East Memphis.

The $20 million project will allow the company to consolidate its research and development operations, as well as the transportation and logistics operations from other parts of the country to the new location.

Planned for the former ServiceMaster headquarters in the Ridgeway loop, the new office will house around 600 employees, with an average base salary of $86,788.

EDGE staff projects that during the PILOT term, the local tax revenue from the company will equal a little under $45 million, with Thomas & Betts receiving a $3.1 million benefit.

As a PILOT recipient, the company is required to spend $2.3 million with certified MWBEs.